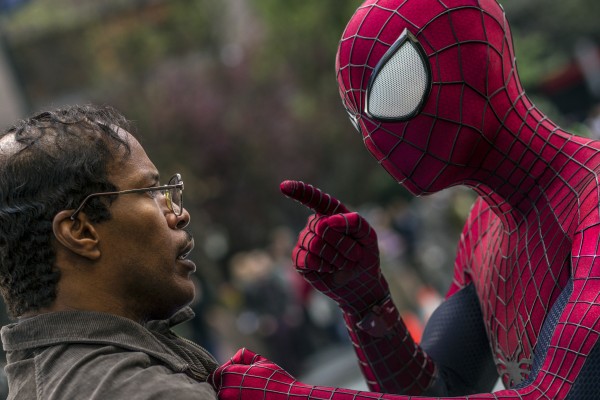 The Amazing Spider-Man 2 is the second superhero movie of 2014 I was disappointed with (Captain America: The Winter Soldier being the first). This sequel feels like one with very little spirit in the pages of the script, the biggest shortcoming of this second Spidey chapter. Now don't get me wrong, I loved a lot about this film -- but there were also pieces I literally loathed. Instead of wasting time on a synopsis, I'll just jump right in. I will start with my very favorite piece of this superhero puzzle -- Emma Stone and Andrew Garfield. The first film soars because of Stone and Garfield (this is the only aspect that soars) and their unbelievably endearing chemistry. I am notably bias on the issue (I love Emma Stone), but it's hard to watch this couple in either of the two most recent Spidey films and not feel the electricity (they are also a real life couple as well). 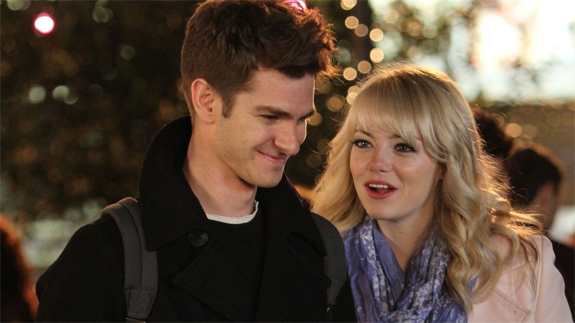 The Amazing Spider-Man 2 is no different -- the film is brilliant when it develops their "forbidden" relationship. Stone perfectly handles the complicated role of being the girlfriend of Spider-Man. She has made it clear in both films, she doesn't love Spider-Man, she loves Peter Parker -- it bleeds through to the screen. The moments between Gwen and Peter are without a doubt my favorite pieces of the film -- unfortunately, little else in the picture follows suit. The film was written by the tag team of Roberto Orci and Alex Kurtzman (as well as Jeff Pinkner), a duo who have penned good flicks (Star Trek, Mission: Impossible 3) and some real duds (Transformers: Revenge of the Fallen, Cowboys & Aliens, The Island). This 2014 superhero flick isn't as bad as some of their worst work, but their script only flourishes with Gwen and Peter on screen. The rest is just a mess of characters and their stories all grinding against Peter's uneven narrative. To be completely honest, this film needed to focus the narrative on the most important components: Gwen and Peter, Aunt May, a touch of Harry Osborn, and a touch from our bad guy Electro (played by Jamie Foxx). But the film muddies the water with a silly detective-like investigation into the past of Peter's father, too much of Harry's teen angst and unimportant pieces to Electro's character. (Both characters are written with nothing but clichés BTW, and predictably "team up" with one another, another huge eye roll from yours truly.) The film also tees off on a much less compelling Green Goblin narrative, a laughably forced addition to the end of The Amazing Spider-Man 2. 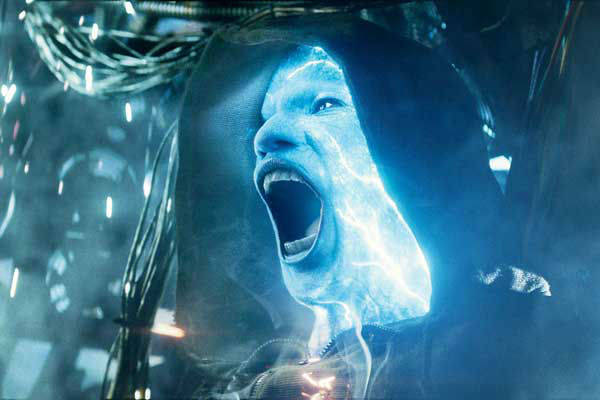 So the film lacks focus on what really works -- because there are some great working pieces within -- and spends time trying to make a more "well-rounded" story filled with more characters, villains, a detective angle, and silly Spider-Man antics. The pieces that float nicely are anchored down by the garbage in The Amazing Spider-Man 2. The action and crisp visuals are the huge selling point. The film allows the viewer to live through the eyes of Spider-Man, a treat for any superhero nerd. The action is never boring, but sometimes it becomes less than thrilling after constant bombardment. It's also worth noting the good audial pieces of the flick -- Jamie Foxx's voice as the villain had a nice static electricity delivery, creating a neat aspect to his character. The score by Hans Zimmer left more to be desired, but it worked well with the images on screen. The sound effects were also out of this world -- but it is worth noting that I did see this flick at an ATMOS theater, without a doubt the best audial experience you'll ever have in your life. The Amazing Spider-Man 2 has a lot of really great ideas, but only a few of them are executed very well. The characters are well imagined, but poorly constructed. It's a bit of a mess at times watching too many characters all trying to do so much -- it's so busy jumping around it doesn't ever seem to settle on one solid progression -- the most important story lines are dragged down by the unnecessary ones. What a sad, sad waste.