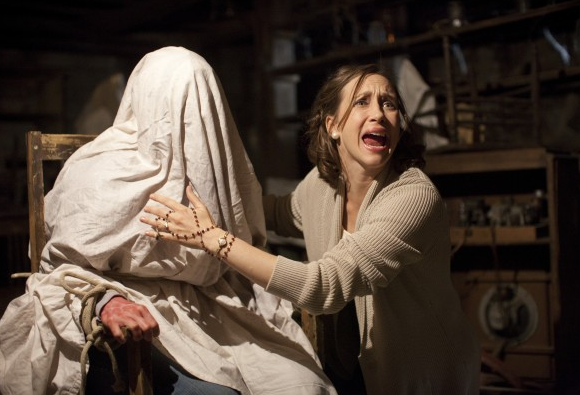 I consider myself a pretty tough person, at least when it comes to my ability to handle disturbing and scary movies. Sure, there are a few movies that have really gotten to me. The Shining, The Exorcist, Irreversible, and a few others come to mind. But for the most part, I scoff at Hollywood “horror,” with its stale grab bag of tricks: the “gotchas,” the clueless protagonists, the plot twists, the “creepy” kids, and so on ad nauseam. But then director James Wan came along with The Conjuring, and I moved down a few rungs on the “scary movie tough guy” ladder. All pretense aside, it scared me to the brink of tears. Bravo, Mr. Wan! The plot is rooted in (at least some) historical fact. Set in Rhode Island in 1971, the Perron family moves to an idyllic country home. When terrifying and unexplainable events occur, mother and wife Carolyn Perron (Lili Taylor) seeks out the help of world-renowned paranormal investigators Lorraine and Ed Warren (Vera Farmiga and Patrick Wilson). The Warrens agree to help and quickly uncover the house’s horrific past, complete with satanic rituals, witchcraft, suicide, and murder. The Warrens appeal to the Catholic Church to authorize a home exorcism, but the speed and severity of the evil at hand force the Warrens and Perrons to take matters into their own hands. What follows is a series of events so horrifying, it can’t effectively be put into words. There are so many things to admire about The Conjuring, it’s difficult to focus on just one. However, the acting is what pushed The Conjuring from simply being a great horror flick, to being a great film. Patrick Wilson and Ron Livingston perform extremely well as Ed Warren and Roger Perron. Their characters are very similar: manly, fatherly, likeable, and courageous. However, the two leading ladies, Vera Farmiga and Lili Taylor, are the stars who really shine in this film. Farmiga’s Lorraine Warren is deeply religious, clairvoyant, and intelligent. Lorraine’s unshakeable resolve to help the Perrons is what fuels so much of the narrative and reminds us that there is still good in the world. 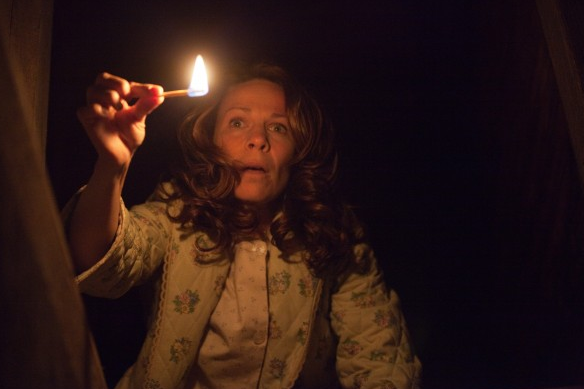 Lili Taylor is amazingly effective as Carolyn Perron. In Carolyn, Taylor shows us a mother with a strength that we would hope to see in all people, but rarely ever do. The five young actresses who play the Perron daughters also do amazing jobs with their physically and emotionally demanding roles. Simply put, the cast is awesomely solid -- something rarely seen in horror films, especially modern ones. James Wan certainly has seen more than his fair share of horror movies, and he isn’t afraid to let us know it. Experiencing The Conjuring’s technique is akin to playing chess with Bobby Fischer -- you’re going to get toyed with, and you’re going to lose. Wan uses just about every method in the horror book to scare us, and he uses them frighteningly well. From dolls, to mirrors, to fog, to opening and closing doors, to slow zooms, to wide-angle lenses, to religious symbolism, to the awesomely 70s-ish title sequence, every frame of this movie is conceived to inspire pure dread and terror. Wan pushes the limits of the amount of fear a person can experience. He doesn’t just punch you once. He hits you twice or thrice in a row. Through my fear, I remember asking myself a few times, “Is this moment going to end?” 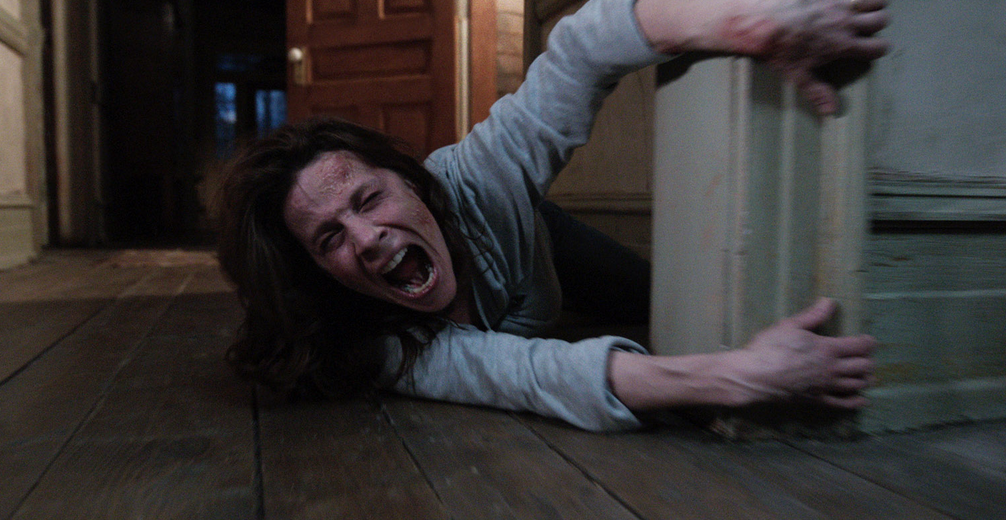 However, the technique always supports the story. There are no moments of cinematically “showing off.” Furthermore, Wan does an excellent job of keeping everything era-accurate -- from the clothes, to the music, to the technology, to the cars, this era is perfectly illustrated. He also resists common Hollywood urges to needlessly sexualize the characters or include a lame “one-last-scare/leave-it-open-for-a-sequel” moment. But overall, the most haunting and effective techniques in this film are simply SOUND and SILENCE. I don’t know how much of The Conjuring is fact or fiction. To be perfectly honest, that question doesn’t really interest me all that much (on a literary level). What does interest me is the power of belief. This film goes to great lengths to illustrate how faith can either help or harm people. Certainly, on the one end, there is Ed Warren’s factual (in that he indeed said it) assertion that “…The fairy tale is true. The devil exists. God exists…” On the other end, there are movie patrons and nonbelievers who completely dismiss the film’s entire account. 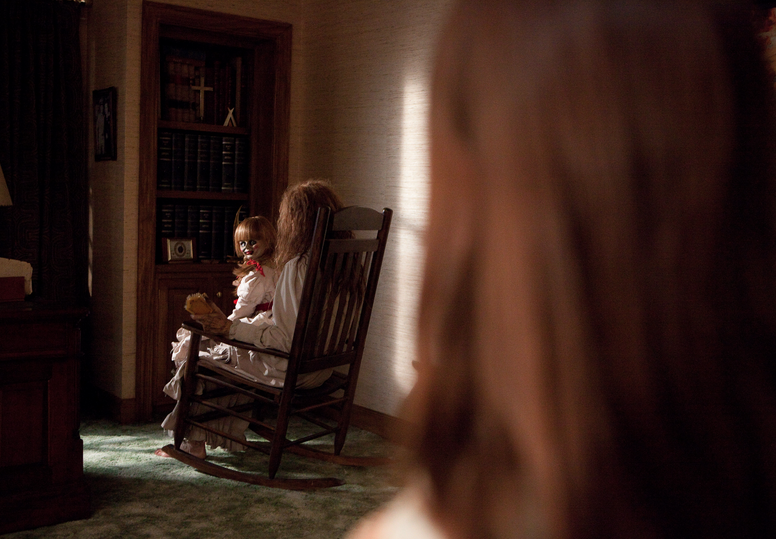 So questions arise. What causes belief? Why is belief so important for our survival? Do beliefs have to be proven? If so, whose beliefs can be proven? This film also asks questions about love. Does love always conquer hate? If not, can we make it stronger so that it does? If so, how? I recommend The Conjuring to just about anyone, horror fan or not. But I will say “beware” because, as I said earlier, it’s ridiculously scary. I have very little doubt that it will soon (and I think it has already) take its place on “best horror movie” lists all over the mediasphere. The acting, story, and unflinching technique will most likely cause some sleepless nights, extra electricity consumption, and overall feelings of dread. So have fun, horror and “regular” film fans alike. Whichever you are, you’re going to be scared. Photos via: Google
Tags: Movie Review, Movies, The Conjuring