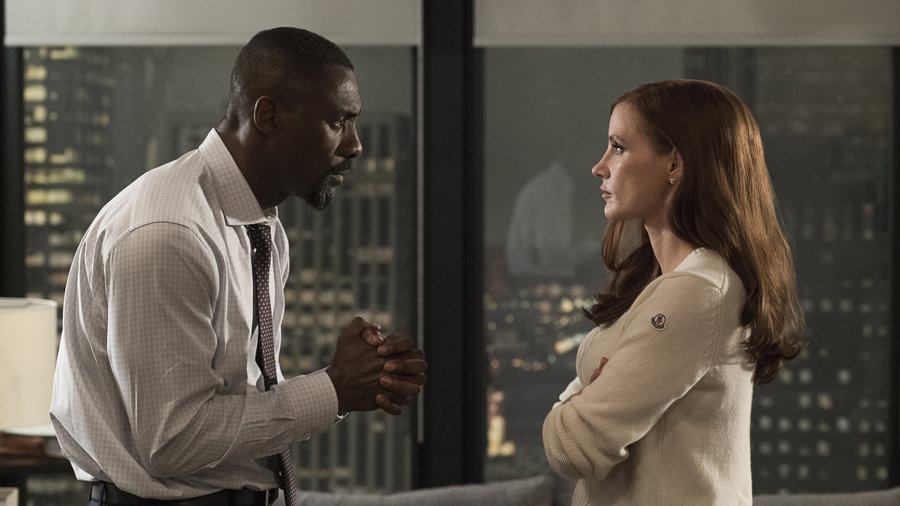 At first glance, Molly's Game has plenty going for it. The screenplay is written by Aaron Sorkin. Jessica Chastain is always a solid lead performer. And the core story looks like it might have some legs. Everyone involved harnesses their skills and talent to breathe life into the film and to some degree, they are successful. Molly's Game is a compelling character drama with depth and solid writing. Unfortunately, the mind-numbing use of voice-over exposition by Chastain kills an otherwise good movie.  Jessica Chastain portrays Molly Bloom, an Olympic-class skier with a demanding father who pushes her to a high level of success while simultaneously giving her daddy issues. When she decides to take a break from the sport, she slowly ends up finding her way into underground poker and uses her charm to lure in wealthy celebrity players. Eventually, her high stakes games get the attention of the FBI when the Russian mob is involved. Now being sued by the U.S. federal government, she hires a lawyer (Idris Elba) to defend her. Aaron Sorkin is undoubtedly a great writer. Writing gems like A Few Good Men, The Social Network, Moneyball, and Steve Jobs, he knows how to tell a gripping story with compelling characters. Much of that resides in his keen sense of dialogue, character building, and when to use a fiery monologue to heighten a character and the tension in the story. 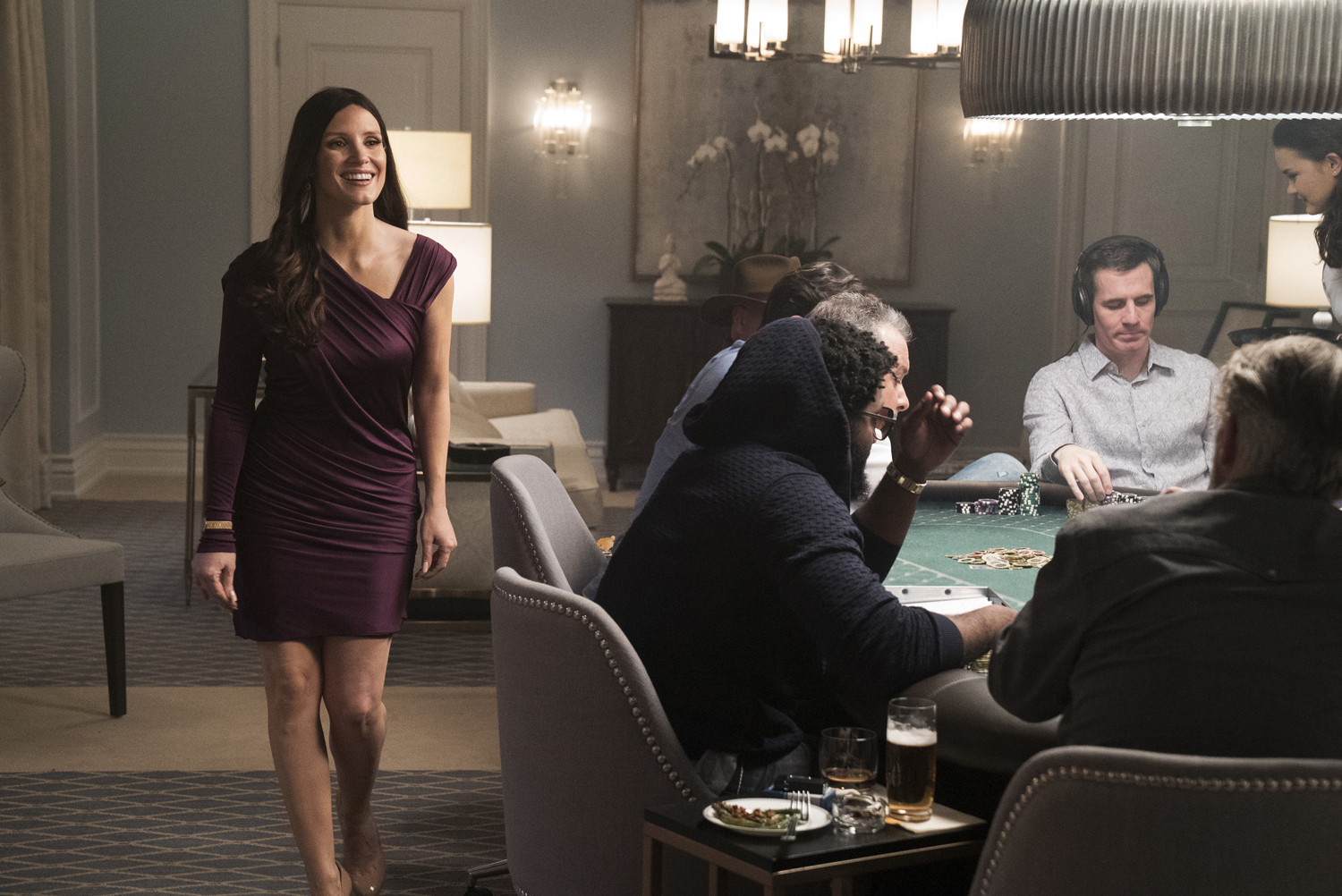 All of this is utilized in Molly’s Game. The screenplay is overall solid. The dialogue is well-written, funny, and smart. The relationship and chemistry between Chastain and Elba keep the story interesting. And, the long and well-acted monologue by Elba is peak Sorkin. Sorkin does a great job taking a relatively unlikable and unsympathetic character and gradually making her an empathetic hero, and Chastain's performance likewise gives the character electricity. Much of the film’s virtue resides in the screenplay’s ability to achieve depth amidst a story that likely wouldn’t have it if Sorkin hadn’t written it. Sadly, Molly’s Game feels almost like he's is trying too hard, suffering from a mind-numbing overabundance of exposition and the inability to allow the story to breathe. In all the former movies mentioned, those two flaws do not exist. Voice over is hardly used, if at all, and they all breathe and flow effortlessly. 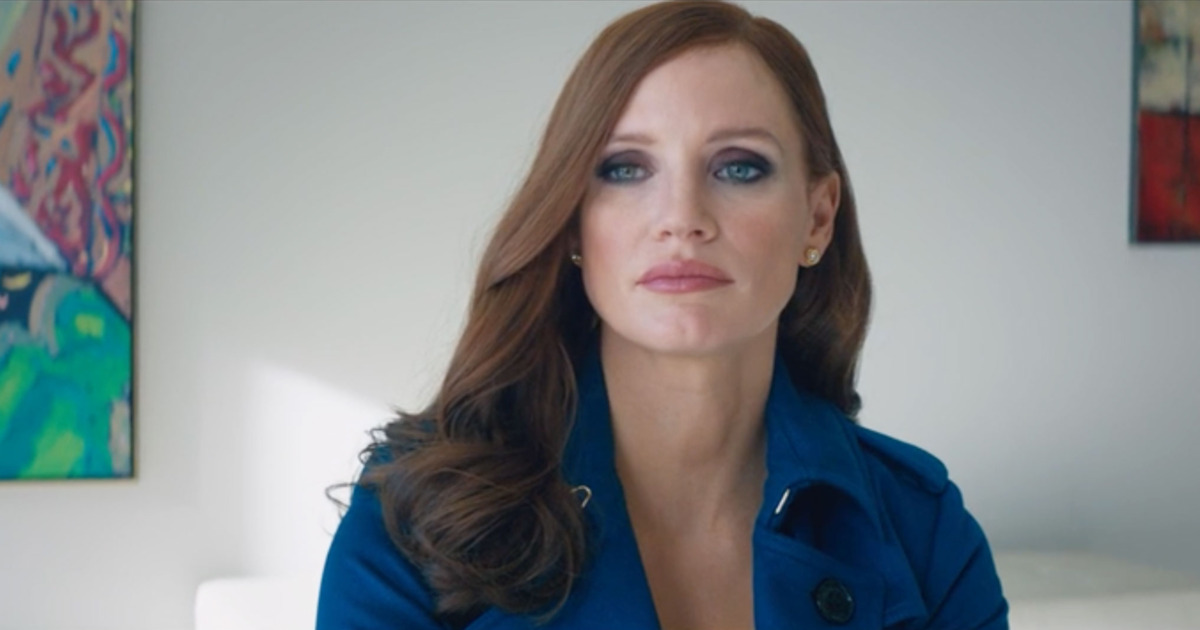 For example, the story formula for Molly’s Game and The Social Network have many similarities. Both characters are exceptionally intelligent. Both witnessed a high level of failure and success. Both run into legal trouble. The stories cut back and forth between flashbacks and present day. And, frankly, both true-to-life stories seem relatively mundane. However, where The Social Network succeeded is exactly where Molly’s Game fails: The Social Network shows restraint with voice-over exposition. When you watch Jesse Eisenberg run across Harvard’s campus, you don’t hear him talk endlessly about his life, his thoughts, and all the trouble he gets into. You just gradually absorb into the story by watching him move. Molly’s Game, in contrast, doesn’t let you breathe. It doesn’t let you absorb. It endlessly forces you to listen to Jessica Chastain drone on about every thought that comes out of her character’s brain. It’s exhausting. It’s also not necessary. Chastain is a great actor. She does a good job showing the many dimensions of the character through her actions and emotions without having to explain every detail. Her talent as an actress alone is enough to resonate with the audience, make them empathize, and understand what is happening within the story. After a while, the voice-over becomes white noise and a distraction.

With movies being a visual medium, it doesn’t make sense to depend on too much of your storytelling on exposition and voice-over. Visuals tell the story. In other words, Sorkin forgot the classic cliche, “Show, don’t tell.” It might not seem like such a thing can sink a film but, in this case, it does. The tragedy is that Molly's Game is a good movie suffocated by a flaw which could have easily been remedied in editing. Aaron Sorkin's screenplay is top-notch. Jessica Chastain's performance is as good as ever and the overall character drama is compelling to watch. But, its virtues are drowned out by Chastain's endless voice-over and that makes it almost unbearable to watch. Photos Courtesy of: STXfilms.
Tags: Movies, Aaron Sorkin, Idris Elba, Jessica Chastain