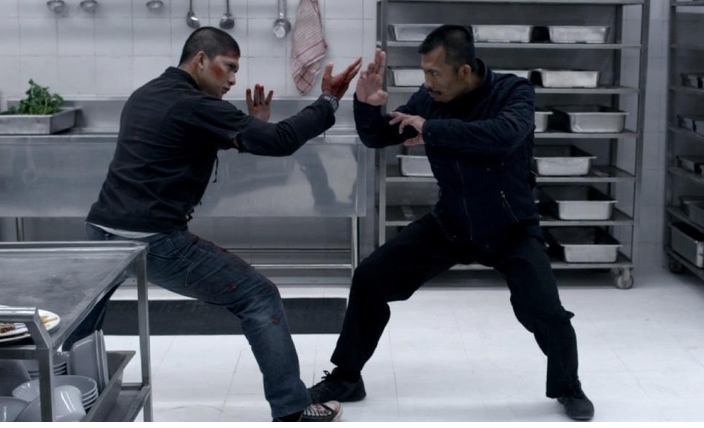 Bigger, badder, and a larger budget does not always mean better in terms of sequels. This is the exact case for The Raid 2, one of the biggest letdowns of 2014 for yours truly. After enjoying the original, The Raid: Redemption, this sequel was high on my list -- but this follow up by Director Gareth Evans is a violent mess, possessing non-stop action in its two and a half hour duration (yes, you heard that right) and barely an effective story to merit the length. I don't know what's wrong with me, but this is the second action film that I didn't like recently (though I liked this one much less than Captain America: The Winter Soldier) compared to the critics on Rotten Tomatoes. The story follows the main character, and young policeman named Rama, just after his bloody battle in the first film -- he thought he had conquered all his adversaries, but it turns out this was only the tip of the spear. Rama goes undercover to get in close with a family of gangsters to try and uncover police corruption and organized crime within the city, which leads him down a path to becoming the new "muscle" for said family. Throughout this journey, there is plenty of bloodshed, especially as the film approaches climax where viewers are literally bombarded with 30 straight minutes of action. The story is extremely hollow and so are all the characters. The only selling point for The Raid 2 is bloody action. 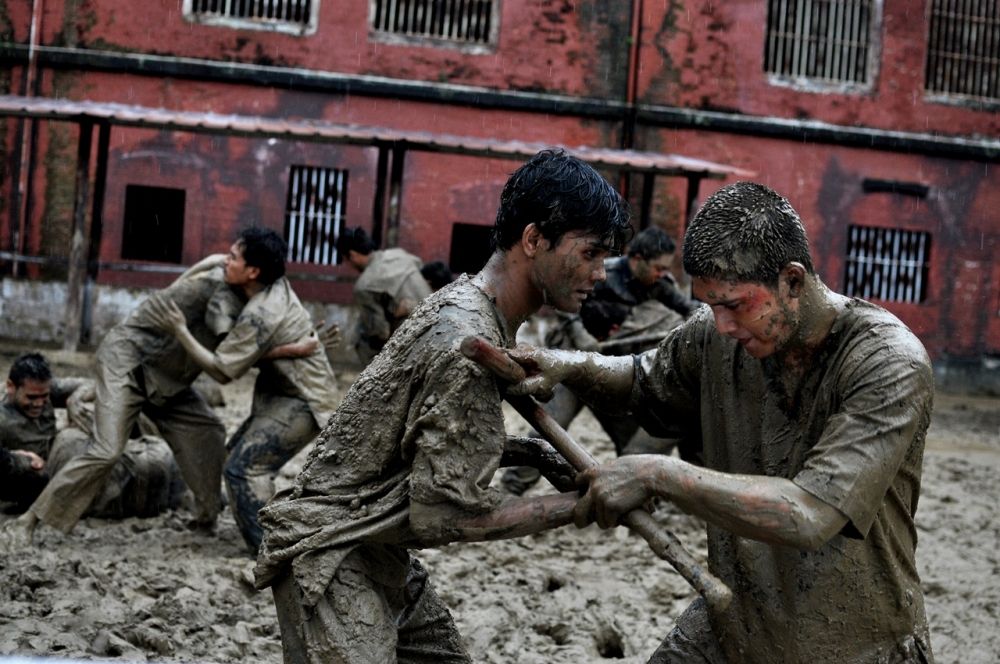 And don't get me wrong, I love action, and loved most of the action and beautifully choreographed fight sequences -- Evans has a master eye for capturing heart-pounding conflict -- one scene in particular, a muddy fight in a prison yard, is one long sequence of coordinated fighting, prisoners brawling guards all without a single cut. It's truly a remarkable sequence and a fabulous feat of filmmaking. But when the action goes on without stop, and at times, without tension, my interest severely deteriorates. The Raid 2 has a finale where Rama has to literally fight through legions of foes -- and like some video games, this film seems to have "stage bosses" -- these odd, sometimes gnarled characters, play almost no substantial role in the film and have zero depth as characters. Their only purpose is to stand as a hurdle for our protagonist -- so like I said, combat with no tension. One of these odd master martial artists is a woman in sunglasses who uses two hammers as her weapon of choice -- while some drool at that notion, a slender Asian woman going crazy with hammers, I thought it was a little hokey to see someone so well-versed in combat to chose hardware store hammers as a weapon. Her running mate is another master of combat, and he chooses an aluminum bat. And sometimes he even has a baseball that he hits at his enemies like an evil ball player (easily the stupidest piece of the film). 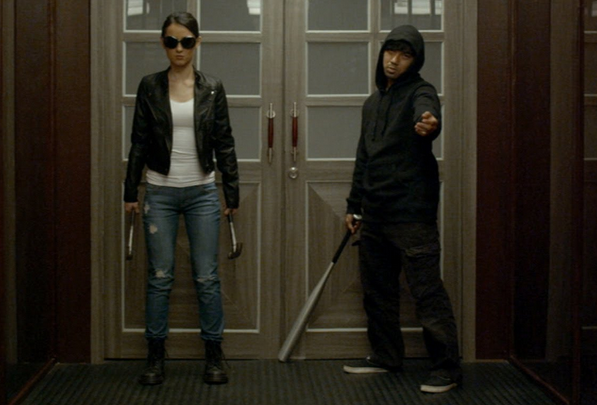 Both of these characters are entertaining to see in action -- but like I said, that's all they are there to do, which within the context of a very (very) long movie, they are just throwaway characters never worth investing in. Of course, this type of martial arts flick demands a suspension of disbelief, but that doesn't mean I can't find these two characters and their quirks stupid. So while I absolutely love many pieces of The Raid 2, particularly that prison scene I described above, this movie is predicated on the idea of amazing action working within a bad story, instead of a great (or even good) story working towards amazing action. The story is in service of the next action sequence and not the other way around. That doesn't equate to a good film. One thing that made The Raid: Redemption so good was its simplicity, the setup, the story, the characters. The Raid 2 throws that aside for a longer and more complex story (which ended up being reasonably stupid) with too many characters, some of whom are just ludicrous, it ousts simple combative action in favor of car chases and some explosions, and operates under the notion that bigger and longer are better. In this case, they are not. I cannot wait to see what the future holds for Evans -- he is the type of director who could make one hell of a film if he had a decent scribe composing a good story for him to formulate action around.

5 out of 10 (and all those points come from the masterful action.)