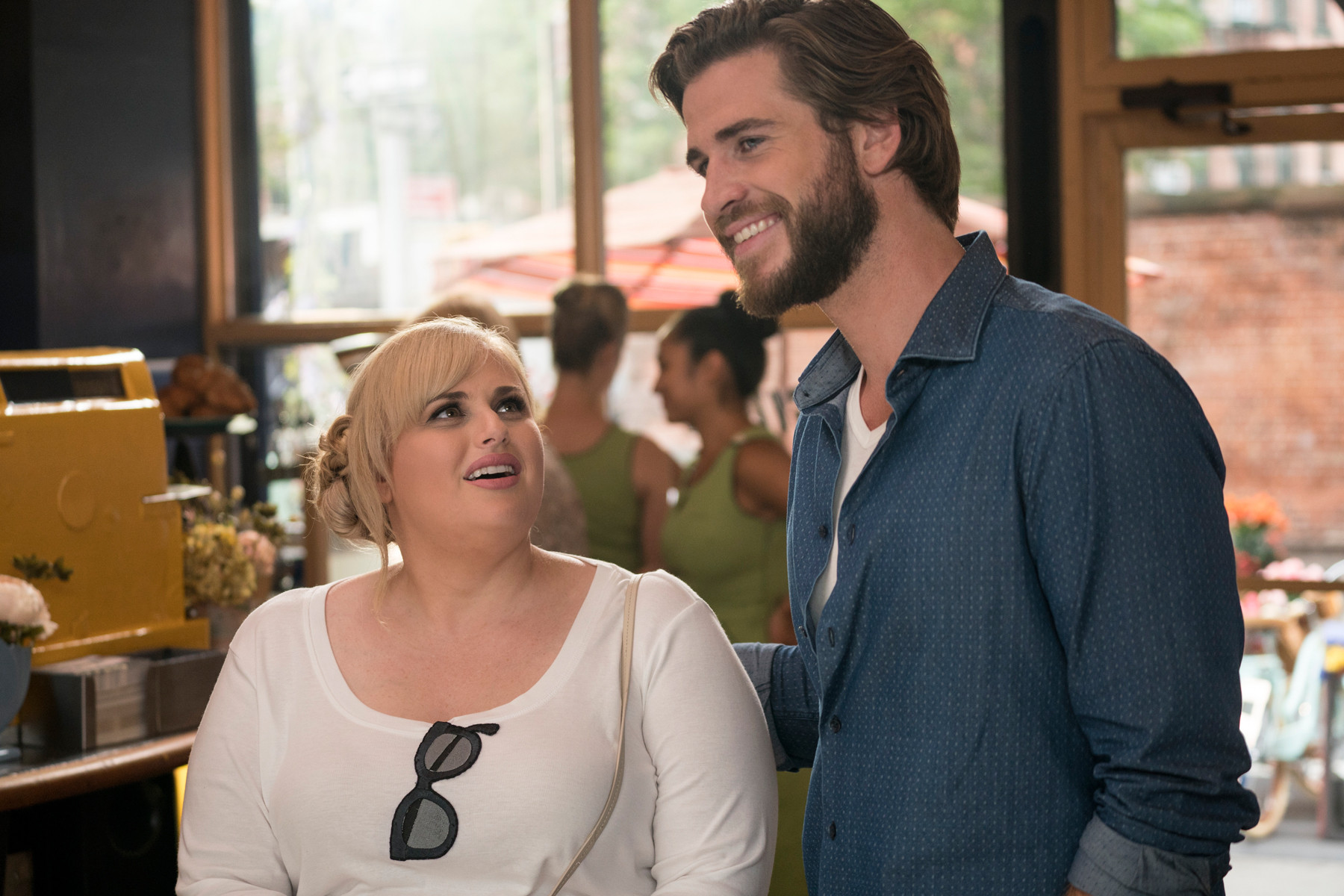 Which is what makes Isn’t It Romantic a pretty beguiling movie, and not just because a character overuses the word ‘beguiling’ until a character actively points it out. But because the film is basically "Lampshades the Movie." The film uses the premise of a woman who seemingly wakes up inside a stereotypical romantic comedy to say nothing other than “Yup, these are the things that happen in romantic comedies!”

Rebel Wilson is Natalie, an architect who walks through life treated like dirt by everyone she sees. Her coworkers dump tasks on her, she isn’t taken seriously in meetings, and she’s all but given up on finding any sort of romantic connection, underlined by her cynical, three hour takedown of the tropes of romantic comedies she subjects her office friend Whitney (Betty Gilpin) to. But her other office friend Josh (Adam Devine) is clearly into her, as Whitney points out, and maybe Natalie needs to keep a more open mind about dating.

She takes this advice while making eye contact with a stranger on the subway, who turns out to be a mugger, and in a struggle for her purse she strikes her head on a beam. When she wakes up, suddenly disarmingly attractive men are attempting to strike up meet cutes. A client of her firm (Liam Hemsworth), who earlier in the day mistook her for an intern, decides she’s the woman of his dreams. And following the logic of the universe Natalie finds herself in, she decides to find love in order to escape the saccharine nonsense.

I was laughing along with the film when the tone switched from the real world to the romantic comedy world, as it makes some fun observations about the genre and Rebel Wilson is a charismatic lead. In his real world introduction, Liam Hemsworth is speaking in an American accent, and goes to his native Australian once they’re in movie land, because all attractive romantic comedy leads have an accent! Natalie’s somewhat realistic office becomes an open floor plan office with weird egg chairs and people playing games, because comedies don’t know how to handle the soul crushing nature of office jobs! But once it becomes clear that this is the one flavor of joke the movie has on offer, it loses its welcome.

The problem with building a movie around a lampshading joke is that it’s not all that much different from a cliché, earnest, 90s romantic comedy once you stop laughing at the winking and the nudging. A character dropping takes on “I’ll have what she’s having” or “You had me at hello” just remind me I’ve seen this all before.

And it also doesn’t help that the film wants to both criticize and partake in more problematic staples of the rom-com genre as well. For as many times as Natalie points out her gay best friend (another rom-com staple) is “setting back gay rights 100 years” by being a camp parody, the film also wants you to laugh at his campy antics. Whitney becomes the stereotypical ‘ice queen’ work rival, despite her originally being Natalie’s assistant and friend. That’s to say nothing of the implications of Natalie’s bustling and diverse Queens neighborhood gentrifying into a street full of cupcake stores and wedding boutiques in the idealized version of New York.

The message of the movie seems to be that romantic comedies can’t succeed today like they could in the 1990s because we’re too cynical. The success of Crazy Rich Asians and The Big Sick would beg to differ, however. They Came Together, with Amy Poehler and Paul Rudd, does a better job parodying the genre. Even the unending assault of Hallmark Christmas Movies feels like a case study against the idea that there isn’t a market for generic love stories in film. But Isn’t It Romantic is too earnest to be a parody, and too ironic to be a real romantic comedy. It’s just a bundle of clichés with Vanessa Calrton’s 1000 Miles providing the soundtrack.