Movie Review - 'The SpongeBob Movie: Sponge Out of Water' - Sun and Games 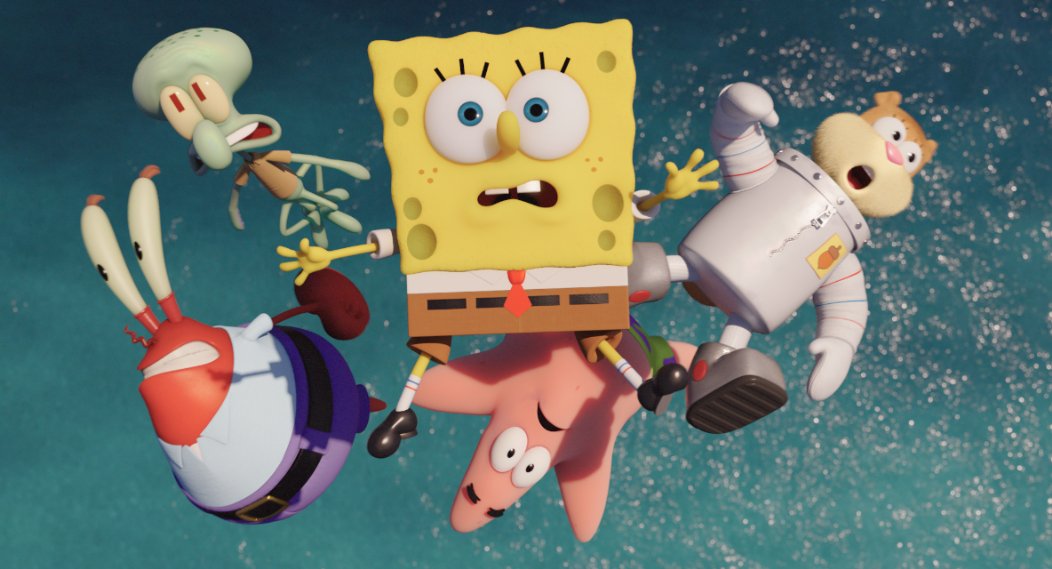 I grew up with SpongeBob, the Nickelodeon show that started its impressive run in 1999, and still don't mind sitting down if I happen to catch an episode of the children's comedy that spawned other types of ridiculous and random shows that are popular today. (I could quote a lot of SpongeBob episodes for you, but I won't.) For Paramount Pictures to be making a new SpongeBob movie in 2015 just speaks to the show's longevity. It has been over ten years since the last time SpongeBob and friends graced the big screen (with David Hasselhoff). This time, The SpongeBob Movie: Sponge Out of Water, has SpongeBob (Tom Kenny), Patrick (Bill Fagerbakke), Squidward (Rodger Bumpass), Mr. Krabs (Clancy Brown), Plankton (Mr. Lawrence) and Sandy (Carolyn Lawrence) eventually meet Antonio Banderas' character, Burger Beard. 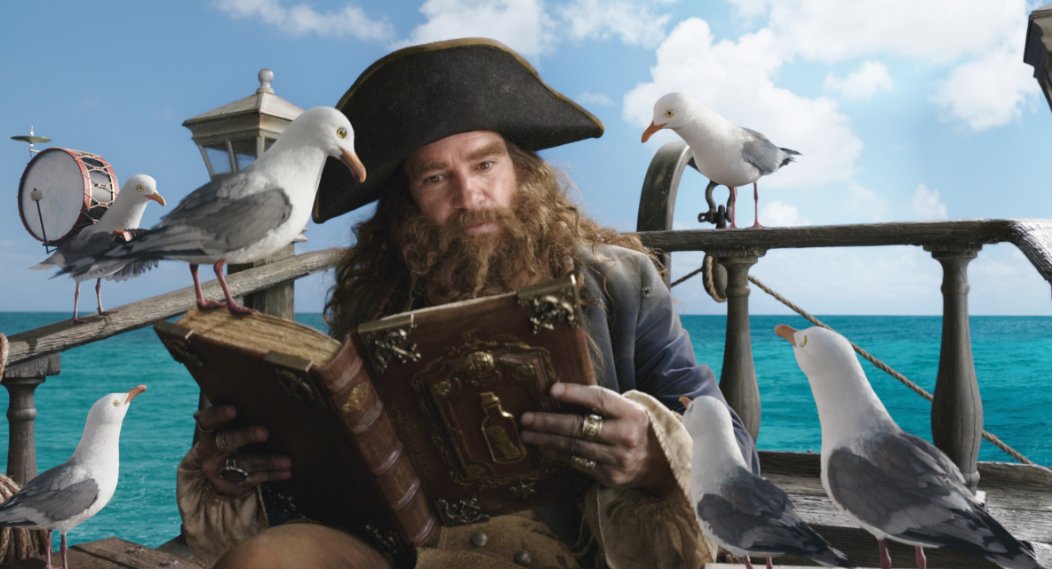 Both SpongeBob films open with live-action pirates. This time around, Banderas' character Burger Beard is on a tiny island where he fends off a skeleton to earn a story book. This story book propels the movie, as it contains the story. Burger Beard reads the book to a flock of seagulls who happen to love SpongeBob. The narrative of the movie follows Plankton's sad attempts at stealing the Krabby Patty secret formula from Mr. Krabs once again. He ends up succeeding only for the formula to vanish, forcing the world into chaos and SpongeBob and Plankton to band together. The idea behind the plot may be recycled, but there are ample new parts to the story that move it along. The movie moves in and out of the story as Burger Beard reads to the seagulls, but the two stories eventually become intertwined as a page of the storybook makes its way to Bikini Bottom. 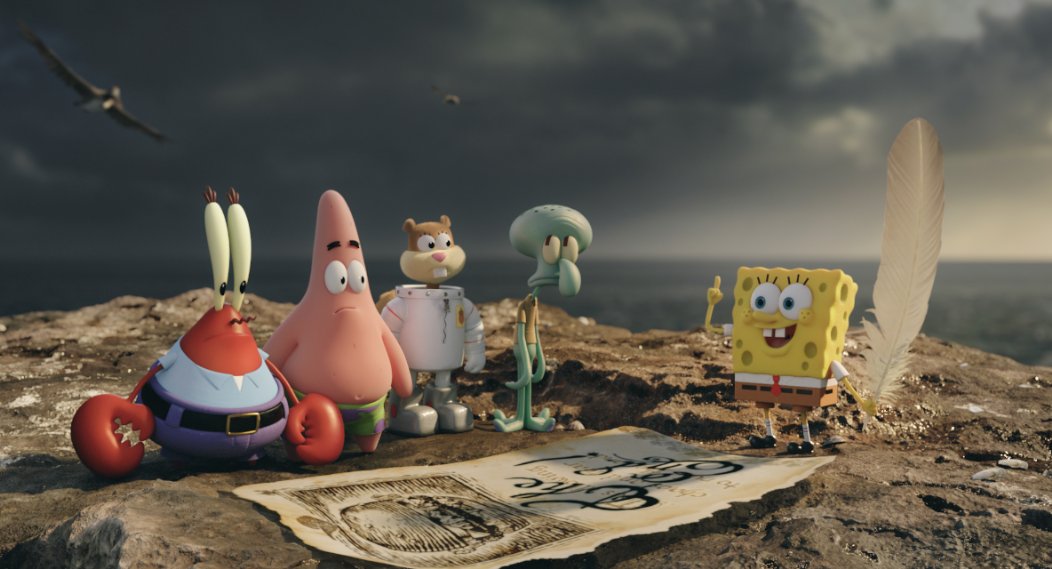 Lots of SpongeBob fans think that the first few seasons of the show are the greatest (as is the case with many shows) and I've always found the older episodes to be simpler and that always made them stick out to me (Rock Bottom, Sailor Mouth, Bubblestand). The film's story goes a bit all over with time travel, a space dolphin and the magic storybook. As a movie, you have to expect a grand story to fill up 93 minutes -- with this film, that's what you get. A few recurring characters never show up in any capacity save for maybe a quick cameo, including Mr. Krabs' daughter Pearl, boating instructor Mrs. Puff and Larry the Lobster. I didn't see the trailer until a couple of days before viewing the film, and I was surprised by the computer-generated characters in the real world that were shown throughout the trailer. 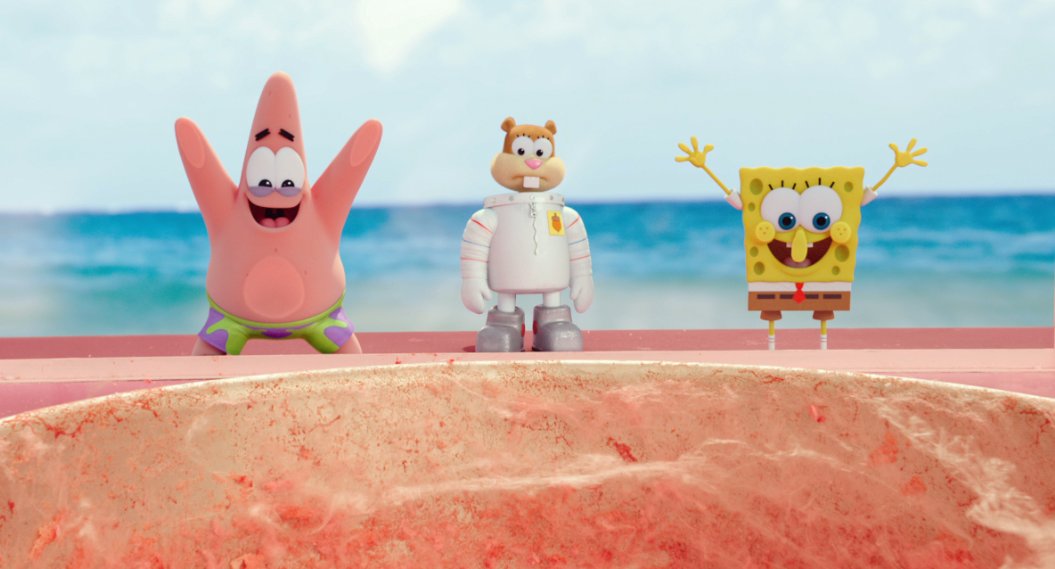 Maybe only the last twenty minutes of the film include these character models, which are slightly too simple, pull together the whole "Sponge Out of Water" element and make for several instances of characters interacting with the real world. This part of the story feels a bit forced and action elements are thrown in for entertainment. Friendship is a major theme of the film, including the ability to use teamwork with unlikely pairings. SpongeBob and Plankton's relationship builds and Plankton seems like he will finally come around. He eventually does just in time for everything to go back to the way it was, in typical kids' show fashion. There's not a lot to rave or complain about. There are some memorable and heartwarming moments between characters that fans have come to love. In the end, it is another solid tale in the SpongeBob saga, maybe not the best, but still a watchable time for kids or other SpongeBob fans. It should leave you wanting to watch some more SpongeBob if nothing else.