Movie Review -- 'While We're Young' is a Comedy for Grownups 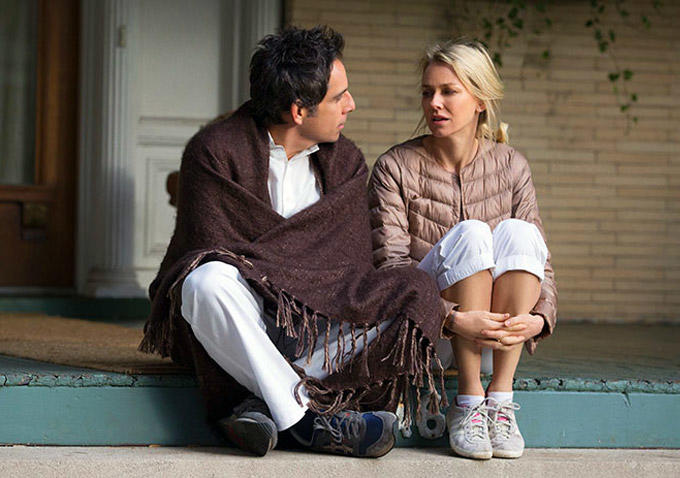 The characters in While We’re Young are hyper-articulate, upper class New York intellectuals. They seem infinitely capable of expressing what’s wrong in their lives, with lines like, “Before we met the only feelings I had left were wistful and disdainful,” and yet they are completely helpless when it comes to actually solving problems. That’s a trademark of films written and directed by Noah Baumbach. He’s best known for The Squid and the Whale, his 2005 drama about a family torn apart by divorce. He also worked on 2013’s Frances Ha, which is a personal favorite. Both of those films were focused on young people. The adolescents in The Squid and the Whale watched their parents behave selfishly and learned, through much trial and pain, to behave less selfishly themselves. Frances was a 27-year-old dancer who acted out when she feared her dream was being taken away. She also learned to accommodate the rest of the world while making room for her own plans. Those are two of the best films ever made about youth. What Baumbach understands better than most is that some of the most cruel, selfish things people do to each other are things they’re not aware of. His characters talk and talk and talk, more eloquently than most, but they never get at what’s truly the matter. Freud would say they’re trapped in an early stage of development. 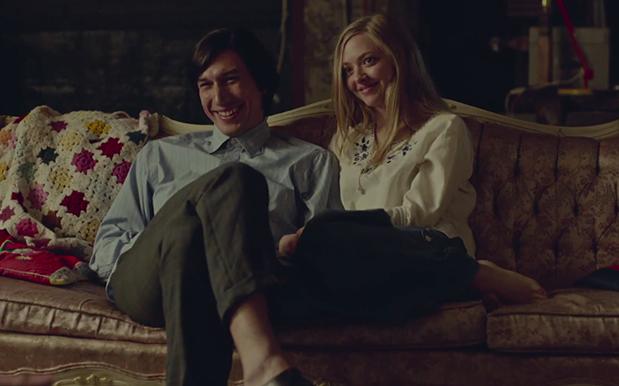 That’s why While We’re Young is such an oddity. The protagonists, Josh (Ben Stiller) and his wife Cornelia (Naomi Watts) are forty-five, married, and reasonably stable. Through their eyes the youth of today are much the way they’re described in New York Times op eds: impenetrable oddities, selfish, entitled, and silly. Jamie (Adam Driver) and Darby (Amanda Seyfried), the millennial couple Josh and Cornelia begin spending time with, are caricatures where Frances and Squid siblings Walt and Frank were painfully complicated human beings. They’re not really defined by what they want and what they need. They’re defined by the fact that they have a huge vinyl collection, attend Ayahuaska ceremonies (where hallucinating twenty-somethings say things like "I don't think I ever forgave my mom for dying" to the ambience of the Blade Runner love theme), and ironically enjoy Rocky 3. Josh and Cornelia are more complex. They may or may not want to have a kid. They may or may not want to go to Paris. She’s disappointed in the way his career turned out, and he doesn’t look at her longingly the way he used to. Once liberal socialites, they’ve morphed into the Honeymooners and sometimes they’re a little surprised to hear themselves speak. Their world is one of uncertainty and disappointment, not Goonies screenings and ironic t-shirts that read “Some stupid band,” or “Some Stupid College I Didn’t Go To.” In other words, this is a movie from the perspective of grownups. That’s a first for Baumbach. Even his films Greenberg and Margot at the Wedding were about characters in their forties, but you could never call them adults. They slept around and fought and threw fits when they didn’t get their way. Stiller’s Josh is a bit eccentric — he’s a filmmaker who’s been working on the same documentary for eight years and won’t cut it under six and a half hours — but he holds a steady job, lectures at college, and pays the bill when he’s out with the kids. Caroline edits her father’s films. There’s a sense that they both have benefited from some privilege, but however they got there they’re starting to settle down. 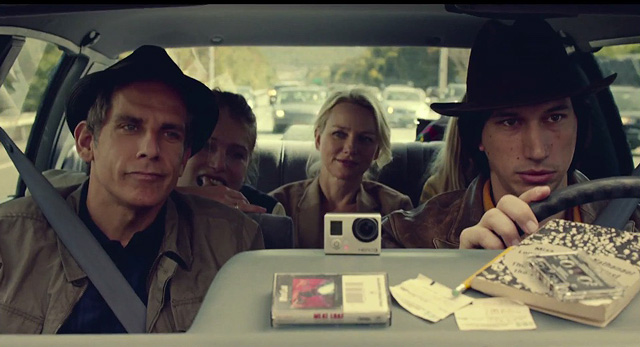 When Jamie and Darby approach Josh after class, he’s attracted to their youth for obvious reasons. “They’re all making things and they’re excited for each other,” he tells Cornelia when trying to convince her to go out. She’s hesitant at first, but something has to change. Their age-appropriate friends (Maria Dizzia and the Beastie Boys’ Adam Horowitz) have cookouts with charades, wear babies across their torsos like fashion statements, and attend child-centric concerts at the rec center. They can be heard shouting things on the phone like, “Where’s the card insert for this Wilco CD?” The two find themselves drifting into the stranger, more exciting world. There’s an element of meta-commentary here too. Jamie is also an aspiring documentarian, which is what leads him to seek out Josh in the first place. As much as this is a movie about age, it’s also about new and old ideas of what constitutes authenticity. It’s hard not to read a little of Baumbach into Josh. His movies are often criticized for their meandering plots and unlikable characters. I can imagine he sat through many meetings like the one Josh has with a dimwitted potential financier. “I’m trying to make a film that’s both materialist and intellectual at the same time,” Josh mumbles incoherently while the man checks his phone. That term, “materialist and intellectual,” is funny as pretentious pyschobabble, but it also describes the movie pretty succinctly. Josh’s documentary is long and boring, with comically dull intellectual talking heads, subplots about Turkish politics, and far-reaching implications ranging from the industrial military complex to America’s prison population. Jamie’s films fall more into the “materialist” school of thought: short, funny, and readymade for viral YouTube success. 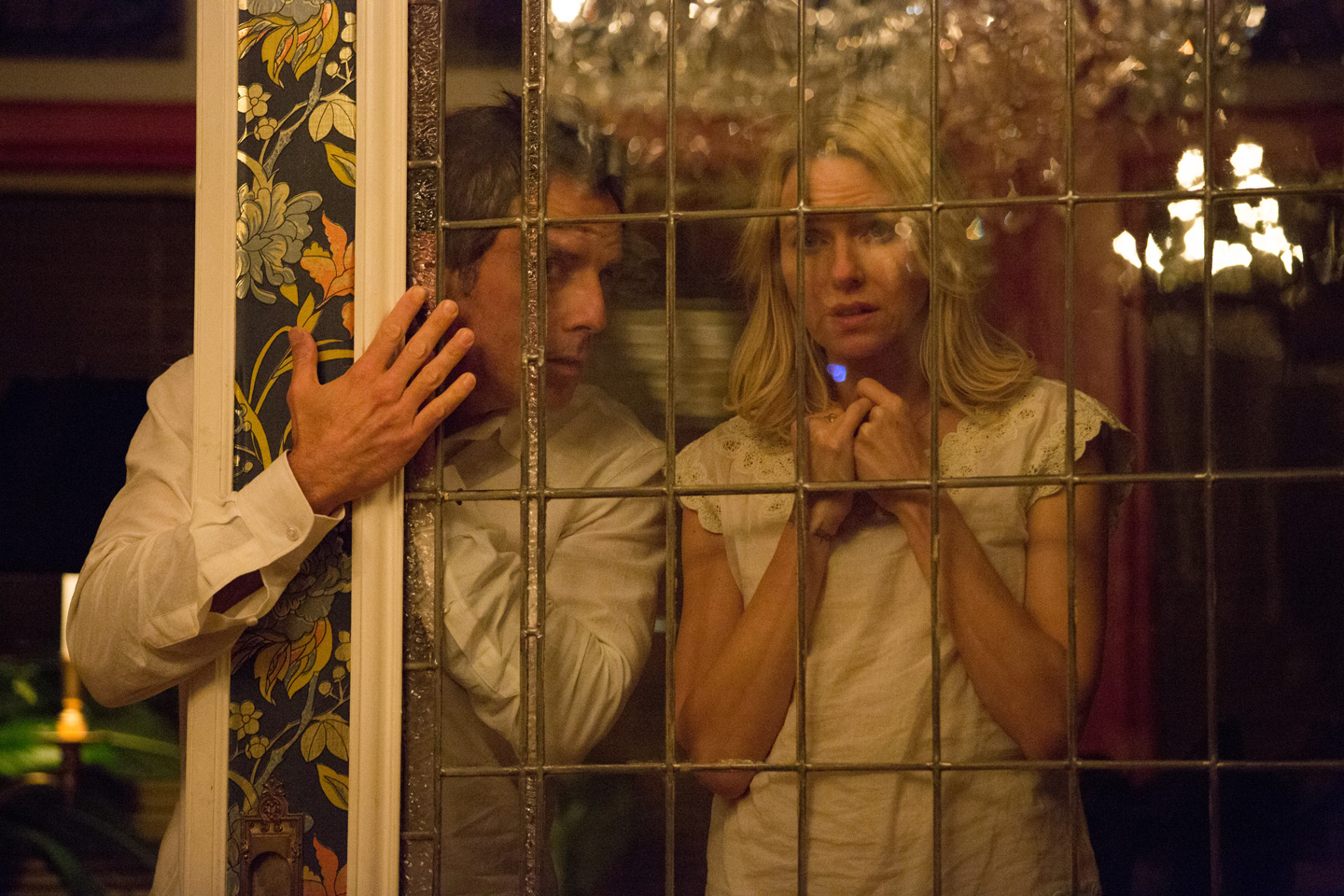 While We’re Young tries to have it both ways. Films about filmmakers and filmmaking are great for filmmakers but usually don’t fill seats. Broad, silly comedies on the other hand are America’s pastime, and in that regard this is far and away Baumbach’s most accessible film to date. Greenberg, the last pairing of Baumbach and Stiller, made use of the actor’s comic talents but never strayed from the realm of stark realism. Notably it wasn’t a huge hit. Here the comedian runs around like he’s opposite Owen Wilson and Vince Vaughn, falling over, catching his sleeve on fire, getting caught up in romantic complications, and even stumbling on a conspiracy subplot so out of place it could have been written by Donald Kaufman. I suppose that’s kind of the point. While We're Young tries to raise these questions about integrity and honesty within a silly, contemporary modern comedy, then dares the audience to decide for themselves if it worked or not. I'm still not sure how I feel about it even if I respect the effort. For Jamie and Darby the question is largely irrelevant. They grew up in a world of pop culture and kitsch and on some level the grownups will never really know whether their estimation of events is real or sincere. “They talk about The Goonies and Citizen Kane like they’re the same thing,” Josh marvels. “When did The Goonies become a good movie?” his friend asks. I don’t think The Goonies is a good movie, just to be clear, but I’m still a millennial. I’m also a fan of Noah Baumbach, and I’m nervous about what this movie implies about his career. He’s definitely asking the right questions.  I think he has better ideas about the intersection of art and popular culture than Oscar-winning Birdman. Birdman implied that there’s what’s popular (superheroes and YouTube videos) and there’s what’s good (Raymond Carver novels and plays). 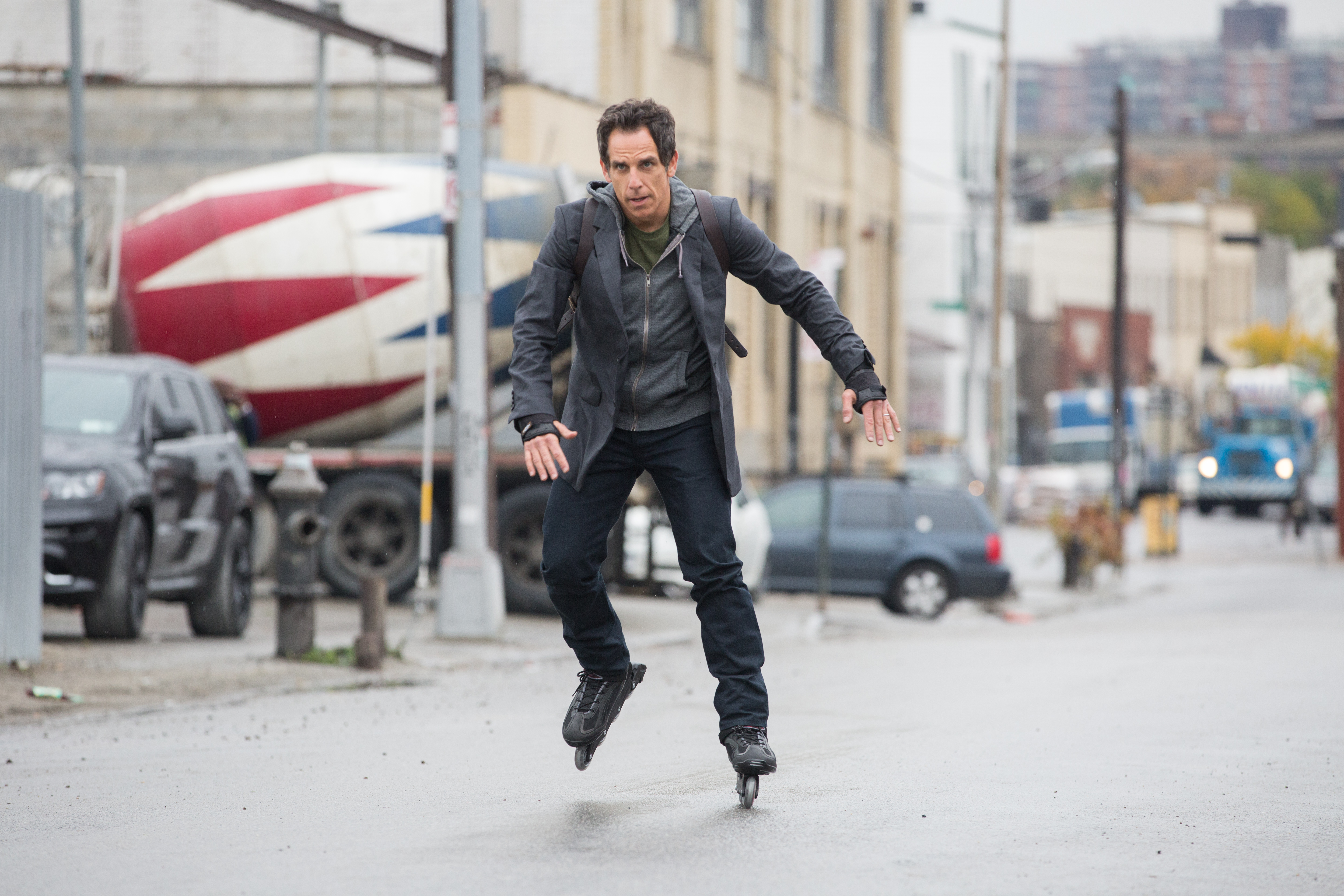 For Baumbach those lines that divide high and low art are more confusing. Jamie and Darby avoid Facebook and fill their lives with records and letter writing because they believe the past was simpler. They believe it’s possible to have everything — success, integrity, simplicity. Simplicity in this case is a wonderful lie for people who already have enough money to make that possible. It’s a lie that, in large part, they learned from idealists like Josh from an earlier generation. Josh meanwhile refuses to compromise, in large part because of the example of his father-in-law (the wonderfully level-headed Charles Grodin). He’s been able to spend eight years working on a project with no commercial viability because the older man was successful and helped him get funding. However what he’s missing is that the older man had to cheat and play the game to become as successful as he is. Authenticity for these characters is all about what lies they’re willing to accept, which is largely a response to the lies their parents told them. And like a stupid kid I don’t want to believe a filmmaker like Baumbach needs to make his movies more accessible, even with a wink and a nudge. While We're Young is smart and full of wit and charm, but there's something missing. Kicking and Screaming and The Squid and the Whale and Frances Ha mean a lot to me. I remember when I first saw them, thinking, “Here’s a guy willing to tell it like it is. Here’s someone actually risking something to tell my story.” Can’t he just be allowed to do that for me? While We’re Young may reach a broader audience and be more popular (its limited release numbers imply it will be a decent independent hit), but because of its compromises I don’t think it will affect anyone as deeply as those older movies affected me. I don’t know if that makes me an ignorant kid or a crotchety old man. Maybe the two aren’t as different as they seem.