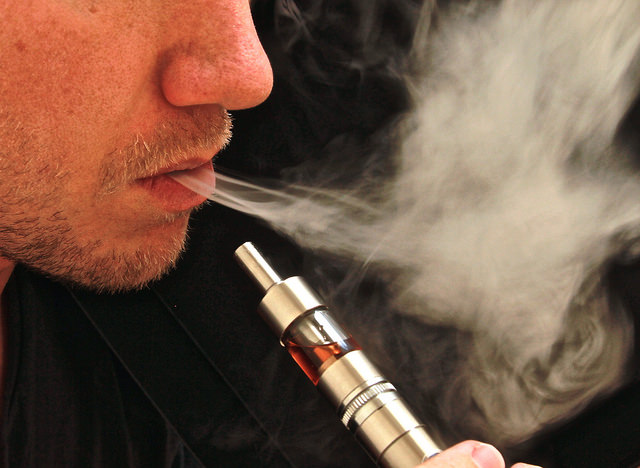 Vaping and electronic cigarettes have gotten more popular since their introduction the mid-2000s, but a recent study found a reason for "vapers" to cut back on their habit. A study published Wednesday in the New England Journal of Medicine found that vaping at higher voltages could cause the vapor to include formaldehyde that would be inhaled, NPR reported. E-cigarettes heat up a liquid with heating coils that turn the liquid to vapor which is inhaled by the user. The study found the vapor to have more formaldehyde than even regular cigarettes, with between five and fifteen times as much potential of causing cancer over a lifetime. The e-cig industry dismissed the findings and believes the study may have been conducted improperly. Gregory Conley, president of the American Vaping Association, told The Verge:

"This machine study used conditions that in no way replicated how actual human beings use vapor products."

At this point, the risks of vaping and e-cigarette usage are not well enough known to make definitive claims as to its safety, especially when compared to traditional cigarettes. Only time and further studies will bring more answers to users and scholars. The Verge goes on to say: