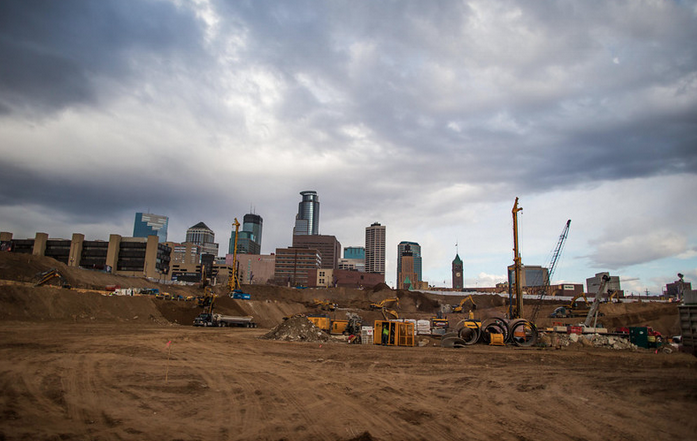 Can you believe that just a couple months ago the entirety of the Metrodome stood on the very site pictured above? Since the Vikings final home game, a relatively uneventful win against the Detroit Lions, the dome has since been deflated, the structure blown up and taken down, and now on the vacant landscape new construction begins. Mortenson Construction and their team of workers have already begun to pour some of the foundations for the new Vikings structure -- there is plenty of commotion around the site during the week, from trucks dropping off building materials, to workers going in and out, and now cement trucks delivering the concrete to build up the new home for the Vikings. 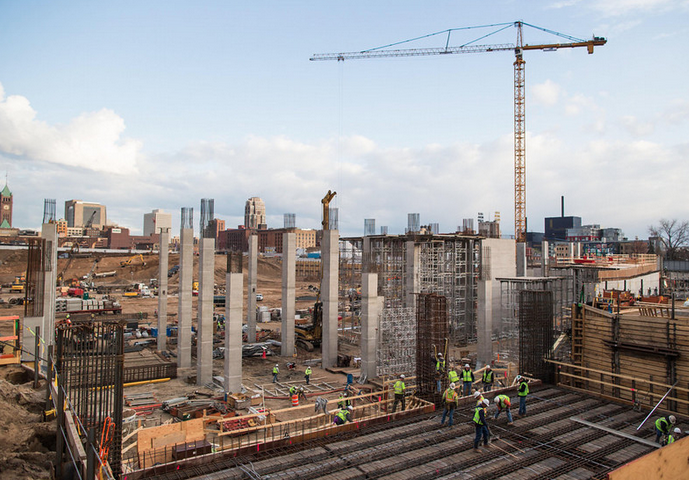 The pictures via the Minnesota Sports Facilities Authority spark a whole lot more excitement than me simply rambling on about the progress -- so if you'd like to see more, check out the full spread at the Pioneer Press. 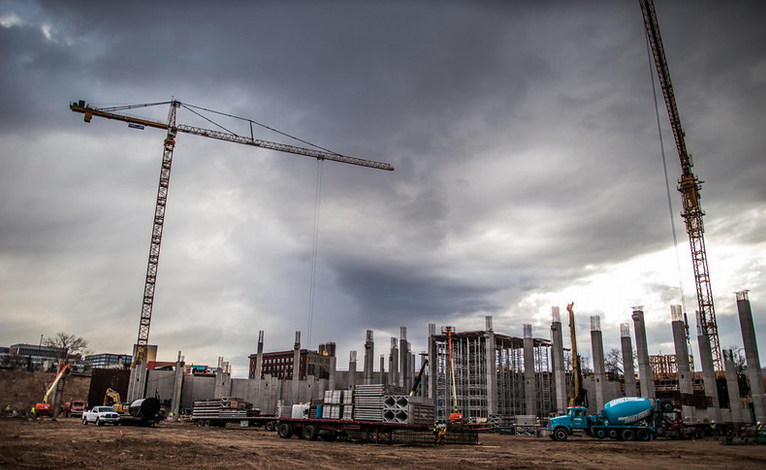 2016 seems so far away to watch the Vikings play in this new palace -- but physical progress on the new stadium makes it all seem so real, creating the illusion that 2016 isn't as far away as it seems.   Photos via: Minnesota Sports Facilities Authority
Tags: Local Happenings, New VIkings Stadium, News