New Vikings Stadium in the Running to Host 2018 Super Bowl 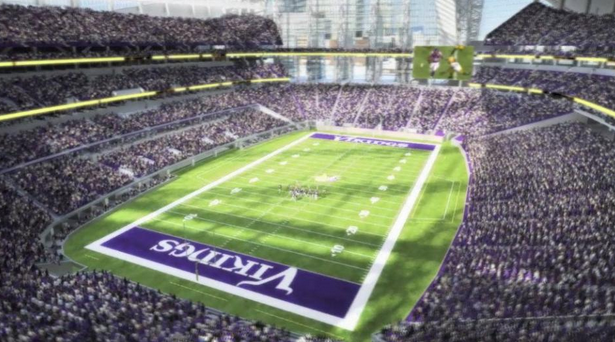 The Vikings don't even have the foundation poured for their new stadium, yet the new venue is in the running for the 2018 Super Bowl. It's strange to think a venue that doesn't even exist, and currently is not even properly financed, could host a future Super Bowl. This of course was one of the selling points to taxpayers and legislation for building a new stadium, the potential for Super Bowls, the NCAA Basketball tournament, and many other big events -- but with the stadium merely a blueprint at this point, with so much to come before the stadium is actually ready, this feels a bit like putting the cart before the horse. The yet to be named Vikings stadium is up against Indianapolis and New Orleans, the two cities to host the most recent Super Bowls in 2012 and 2013. I can't imagine why the NFL would be considering New Orleans again, they can't even keep the lights on during the game. Kidding aside, despite the brand new, very expensive facility, Minnesota would play as a terrible host for Super Bowl LII. The only Super Bowl hosted here was back in 1992, a bitterly cold event plagued by 30 degree below zero windchill and 10 inches of snow on ground. Many Minnesotans don't want to be here in February (me included), much less those who aren't used to a blizzard climate. I guarantee anyone and everyone who covers the Super Bowl has their fingers crossed Minneapolis will not be chosen to host one of the biggest sporting events in the world. February is by far one of the worst months in the state of Minnesota, and 1992 put that on full display. It's hard to get out and enjoy the spectacle and all the activities that come with Super Bowl when going outside is literally torturous. Also consider the fact the NFL will inevitably add more games to the playoffs, possibly before 2018, landing the event right in the heart of one of Minnesota's most brutal months (especially for most people who are not accustomed to potentially freezing to death). 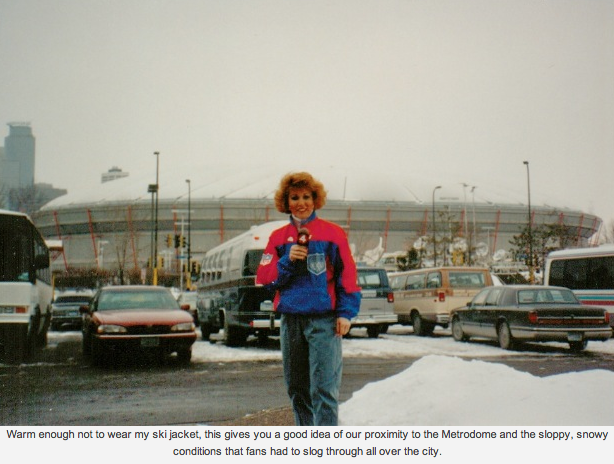 It is important to consider that New York is hosting the Super Bowl (well New Jersey really) this season, February 4th, 2014 -- this is only the third cold weather Super Bowl ever (Detroit, Minneapolis) -- unless you really want to throw Indianapolis into the cold weather site category. But the latest cold weather site is basically New York City -- it's impossible to argue Minneapolis or Detroit are in the same category as New York City. While the new stadium is sure to be spectacular, the Super Bowl is so much more than just a game in a stadium. It's a mega event, not just one three hour game on a Sunday evening. Hosting event after event in a sub zero climate is no fun for anyone. One could mention the Winter Olympics and their survival in colder conditions, but the Olympics is the mega event of mega events -- and the Winter Olympics are built on the premise of cold weather athletics. The Super Bowl should be a getaway, a type of vacation setting that can be enjoyed by all -- and since Minneapolis is neither a destination city nor a warm weather climate, I believe the city is a poor choice for the event. Of course, people from all over the world will come regardless, but everyone outside of Minnesota will be wishing the event was in a place unlike a tundra. But if the Super Bowl comes, of course I'd love the chance to be in the atmosphere -- maybe by some miracle the Vikings make the Super Bowl in 2018. Again, kidding aside, it would be fun to see our city featured, even though most from around the world here during that week will wonder what we are thinking by living with such vicious February windchill. The decision is still months away -- in the meantime the Vikings ownership has to put together a package or proposal and submit it to the NFL -- hopefully part of that proposal includes a favorable weather forecast for February 2018.