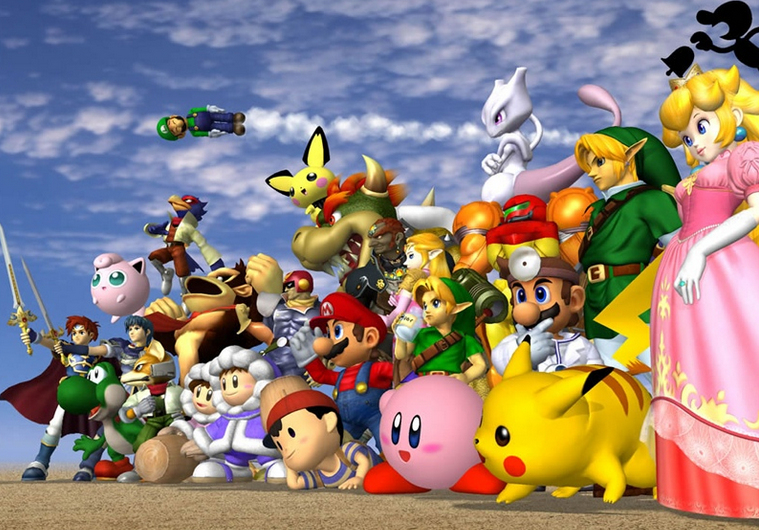 It has always been hard for me to pick favorites when it comes to many things, but video games especially. I remember having to do a school project involving picking favorites, and when it came to video games I defaulted to one particular title: Super Smash Bros. Brawl. It was an easy choice, the Super Smash Bros. series had always provided endless hours of entertainment, and it combined so many of the characters I loved into a game all of its own.

But nowadays, I have my doubts about whether or not it deserves the title of my favorite. So, here I am, ready to go over the whole series. 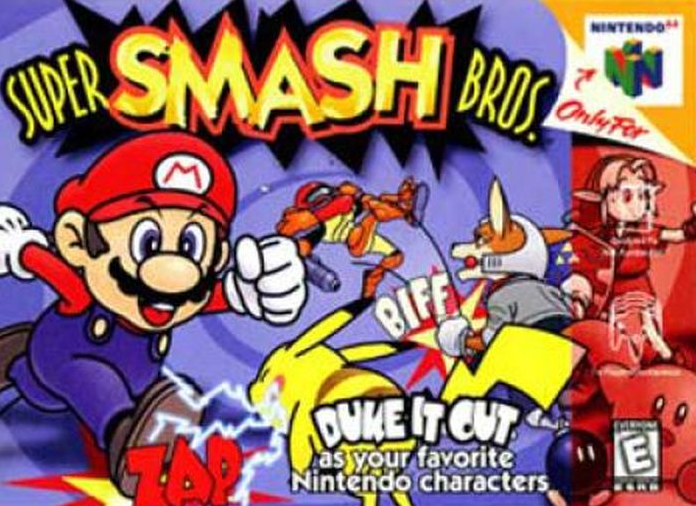 Released for the Nintendo 64, Super Smash Bros. was originally just going to be a Japan release. It was a simple, low budget fighting game using characters that Nintendo owned the rights to: the characters from the Mario universe, Fox McCloud from StarFox, Samus from Metroid, Link from the Legend of Zelda, Donkey Kong, etc., etc. You see, things like this happen a lot in Japan, they even have a fighting game for Les Misérables -- but Nintendo never expected Super Smash Bros. to become a phenomenon, let alone an international one.

Super Smash Bros. sold over a million copies in Japan and Nintendo felt that warranted an international release. In America, the game saw even greater success, selling over two million copies, and being hailed as the one of the most original fighting games. The only thing people railed on was the single player mode, which makes sense. It wasn’t anything special: you pick a character and travel to various stages, fighting other characters, breaking targets, and eventually facing off against the recurring boss, Master Hand. The real place that Super Smash Bros. shined was multiplayer. For a long stretch this was the only game my friends and I would play if we ever got together.

With sales in the millions, Super Smash Bros. warranted enough to eventually bring about well-received sequels, but we’ll get to those later. What I want to look at now is what made Super Smash Bros. different, if not successful. Most fighting games, such as SoulCalibur or Tekken, focus on two characters beating the life force out of one another using complex button combinations. Super Smash Bros. had a much different focus -- while one still bludgeoned their way to victory, the main goal was more to send the opposition flying off the screen, causing them to lose a life. With little combos in the game, the button controls were quite simple, which made it easy for anyone to play: children, beginners, and even those technologically challenged. It was easy enough to pick up, and easy enough for anyone to play. It made great fun for parties, as four people could easily play together. But things only got better from there. As much time as my friends plugged into the original, we spent much more time on the next two installments overall. 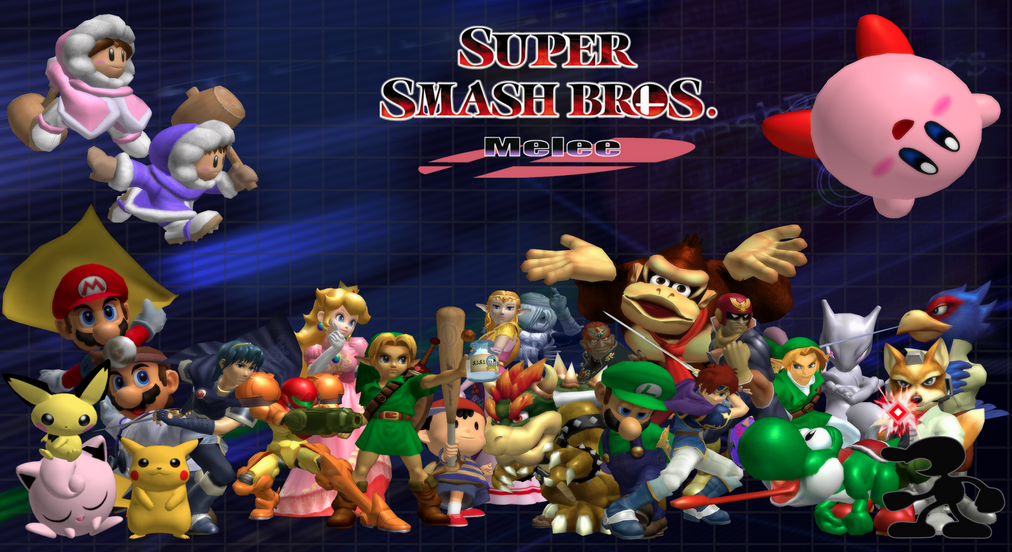 It didn’t take long after the original release for a new Nintendo platform to come out (Gamecube) and with it a sequel to the surprise hit, Super Smash Bros. Melee. This time Nintendo gave the developers a bigger budget, which was used well. The title started the game with 15 characters (three more than there were total in the original) and allowed players to unlock up to 26 (more than doubling the original total). There were now more ways to play too: single player held more than one option, and multiplayer expanded with ‘Special Melee’ and ‘Tournament’ mode.

Another huge innovation came thanks to Super Smash Bros. Melee: trophies. These figurines were collected by completing various game modes, and by spending earned coins on a lottery machine. Each trophy featured a different character from a game Nintendo owned. But, each trophy wasn’t just a fun, collectable figure -- it also provided a quick bio for the character, further expanding the Nintendo Universe that Super Smash Bros. incorporated. I would have to say that it is through the trophies feature of Super Smash Bros. Melee that I became so well acquainted with the Nintendo Universe. It was through collecting and reading about Marth and Roy’s trophies that I was inspired to seek out Fire Emblem games. This game was not only good for sales (still remaining the best selling game for the Gamecube), but it was also great PR for other Nintendo games. 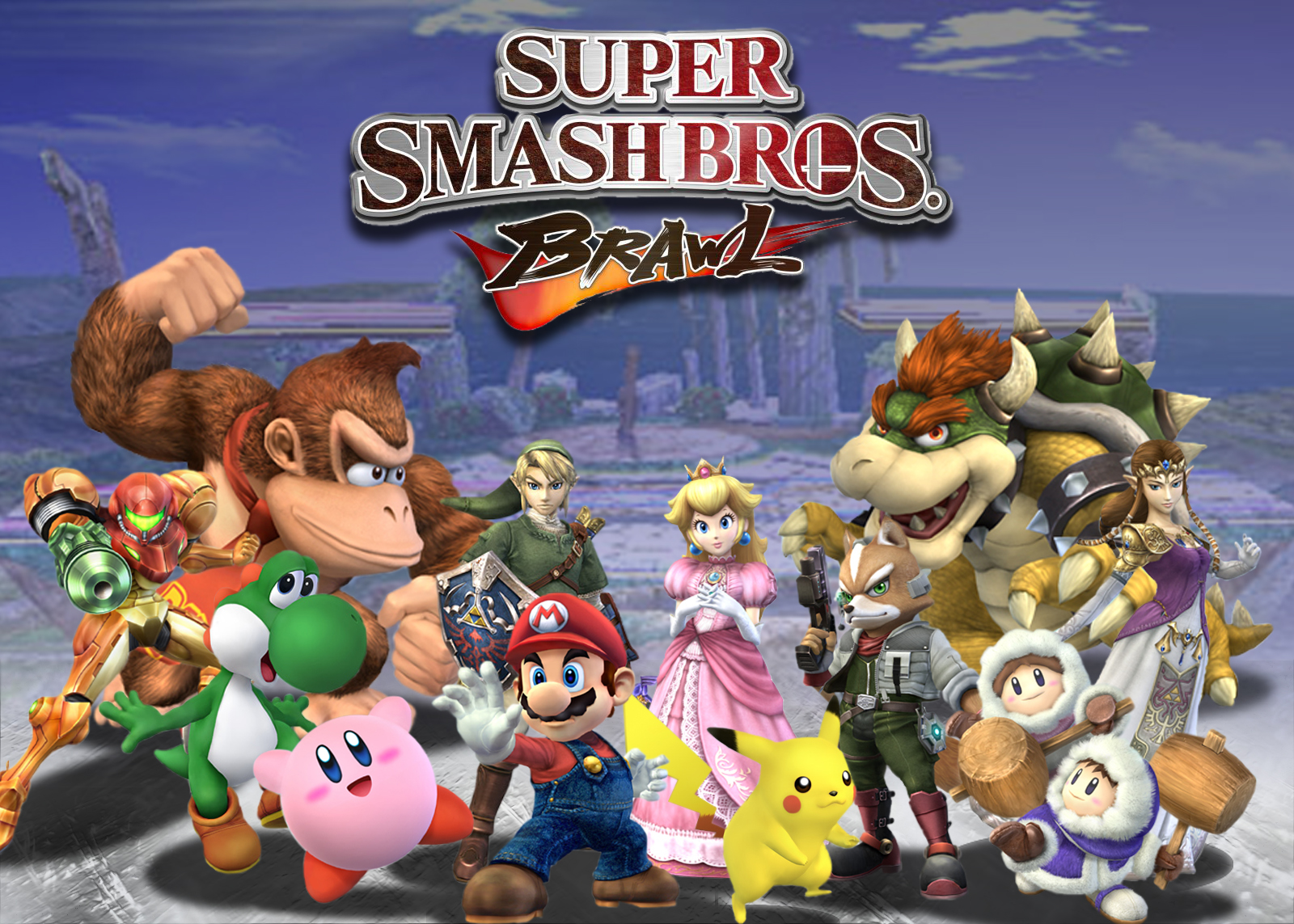 Super Smash Bros. Brawl (for the Wii) might just be the pinnacle of the Super Smash Bros. catalog. It now provided 39 characters; two of which are third party (not originally under the Nintendo license, but able to be included after pulling a few strings) characters and 49 stages (with the option to build more through a level designer.) The single player, ‘Adventure Mode’ expands to actually include a story: the Subspace Emissary. This adventure works more to find ways to get such a large and diverse cast to both come together and then fight each other. Remember the trophies too? Well now there are more trophies, and even stickers! Stickers don’t provide information, but they can be used to power up your characters while playing the Subspace Emissary.

There was also another significant change to gameplay in the introduction of the ‘Final Smash’ move, adding a fun chase to destroy a floating ‘Smash Ball’ into the standard fight. Once smashed, the Smash Ball provides a character with the means to unleash the devastating Final Smash. This really changed things up, as it added another item that characters could use to really alter the way a match proceeded. I’d still hold that this is my favorite iteration of the game, due to all the options it provides. All the characters, all the stages, all the items, so far still my favorite of the series... 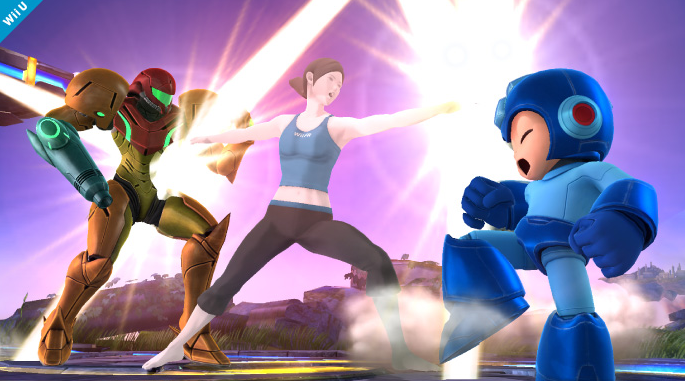 Though the title of the game is yet to be officially revealed, most images and info from Nintendo point to the title being Super Smash Bros. 4. Now, this upcoming title is making a daring move: Nintendo is releasing two different versions of the game, one for Wii U, and one for the Nintendo 3DS (making it the first handheld version of this game.) They will be different versions of the same game, for sure, but they will also feature interconnectability in some way. Exact details on how the game is going to work (being split like this) have not been released, nor have exact details on how Super Smash Bros. 4 will play.

It can be assumed that gameplay will largely be similar to the previous ones, though Escapist reports they may be changing up ledge-grabbing mechanics. What we know as of now for Super Smash Bros. 4 is the cast of characters!

It hasn’t been announced yet if Solid Snake (of the Metal Gear series) will be returning, but currently taking his place as one of two third party characters (the other being held by Sonic the Hedgehog) is MegaMan. As odd as it seems, Super Smash Bros. 4 is also going to feature the trainer from Wii Fit as a playable character. Other new characters include: Diddy Kong, Little Mac from the Punch Out series, and Rosalina & Luma. 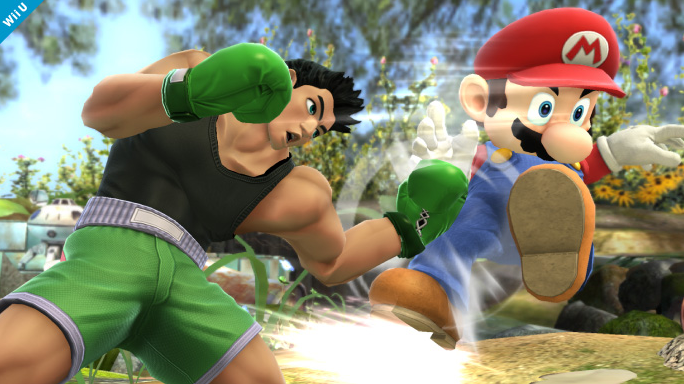 Overall, this upcoming game has me excited. They are making some interesting changes in their fourth version, and I want to see if they can top Super Smash Bros. Brawl.

Most of these games have long been off the market, and you’d only be luck to find them at retro game stores, as most people who own them are reluctant to give them up. An online source such as Amazon and Ebay would probably be the best way to find original copies of these older games.

I always wanted to say the Super Smash Bros. games were my favorites, and up until this point, it hasn’t been hard to do so. The games are fun, each having its own flavor due to the difference in development. What really gets me though is the original Super Smash Bros. was actually supposed to be just a cheap cash-in. I guess it goes to show, not all "throwaway" ideas are useless.

Super Smash Bros. sure proves that.

Photos via: Google and SmashBros.com