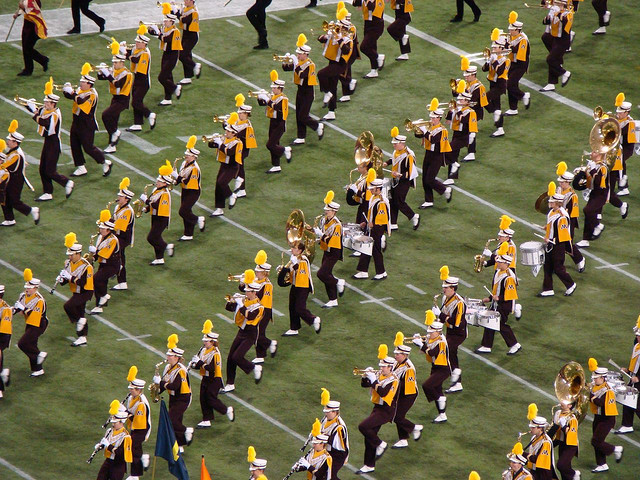 The University of Minnesota Marching Band, the Pride of Minnesota, play two concerts Saturday after three years away from the University of Minnesota's historic Northrop Auditorium. Having the event indoors is fortunate for those who haven't seen the band play at Gophers football games due to the cold. The event will be the 53rd edition of the marching band indoor concert. There are shows at 2 p.m. and 7 p.m. Nov. 22 at Northrop, which opened earlier this year after years of renovation. With two shows, there's no reason not to catch a glimpse of the 320-member group. The event's website reads:

The band expects each show to be around two hours and 15 minutes, according to the band. Tickets are still available here starting at $20 with $15 student rush tickets available at the door. The Pride of Minnesota has been a part of campus life for over 120 years and even spawned the 'block M' logo that the University uses.   Photo by: MN Photos
Tags: Events, Minneapolis Events, St. Paul Events, University of Minnesota