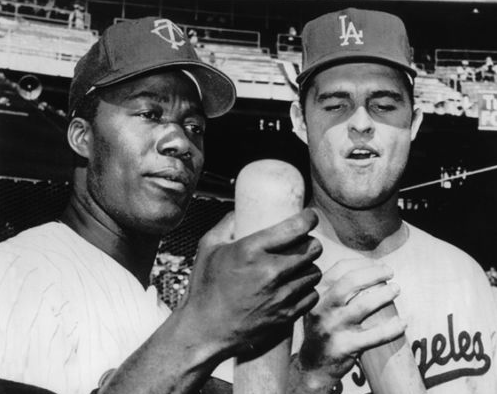 Yesterday was Jackie Robinson Day in Major League Baseball. It is a day when all players don the #42 and the accomplishments of Jackie Robinson are celebrated. On April 15, 1947 the color barrier came down in Major League Baseball. The final team to play an African American was the Boston Red Sox on June 21, 1959 when Pumpsie Green became a pinch runner. From 1947 to 1959 over 100 African Americans made their debuts integrating the American and National League -- Jim Grant, later know as "Mudcat" Grant was one of them. Before making his way to the Twins in 1964, Mudcat Grant pitched over 1,200 innings for the Cleveland Indians. A trade in June of 1964 brought him to the Twins at the age of 28. He'd make $18,000 that season, win 11 games for the Twins, start 23 games and complete 10 of them with a tidy 2.82 ERA. Throw in a save and a shutout for good measure. His career year was on the horizon. The Twins topped the American League in 1965 and Mudcat Grant was instrumental in getting a pennant to Minnesota after far too many years in New York. He led the AL with 6 shutouts and 21 wins. His 3.30 ERA along with an impressive 1.15 WHIP earned him his only All-Star Game appearance. 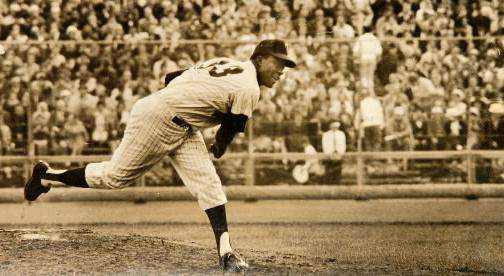 Jim Mudcat Grant made history as well in 1965 becoming the first African American to win 20 games and the first to win a World Series game. That historic win was Game 1 at Metropolitan Stadium defeating Don Drysdale. Mudcat would lose Game 4 in Los Angeles. Then in a must win Game 6 on two days rest he'd throw a complete game 5-1 win and he also helped his own cause by hitting a three run homer. Game 6 heroics aren't the exclusive domain of Kirby Puckett. Mudcat Grant would pitch for the Twins in 1966 and 1967 and join five more teams before retiring in 1971. Today he continues to advocate for more Africans Americans to play the game of baseball and is a presence at TwinsFest every off season. An easy smile is a constant for him as he meets and takes pictures with fans, and autographs his book Black Aces: Baseball's Only African American Twenty Game Winners. His time in Minnesota was limited, but his achievements were many. The Twins need to celebrate Jim Mudcat Grant as a pioneer and his accomplishments by enshrining him in their team Hall of Fame.   Photos via: Google
Tags: Minnesota Twins, Sports