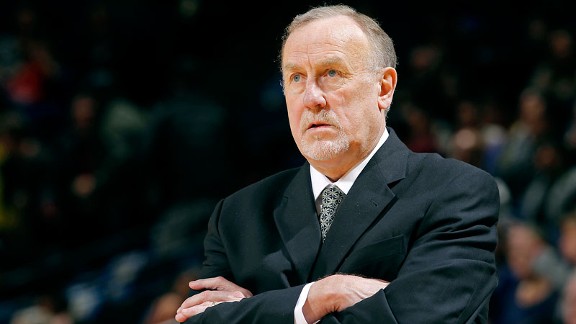 It would have been a much more exciting, frustrating and happy retirement announcement had Rick Adelman called it quits just after leading the Timberwolves on to win the 2014 NBA Finals. He may not have fulfilled all our hopes and dreams or even his own career long ambition for a well-deserved ring, but the evidence of his success and genius is embedded in both the team and across the league. During his long coaching career, which included over a thousand wins, Adelman consistently brought his Western Conference teams to the playoffs; his vastly superior Kings were robbed by infamously poor officiating in the 2002 Western Conference Finals. In the decade before his Trailblazers had faced down the Detroit Pistons and Michael Jordan's Bulls respectively in the NBA finals but failed to win it all. Retiring from coaching in the NBA must be difficult for Adelman after working so hard, coming so close, but finishing just short so many times. Yet his press conference, which came on the day after Easter, produced no excuse making (though he could have offered plenty), no bitterness and no despair. [caption id="attachment_225668" align="aligncenter" width="570"] 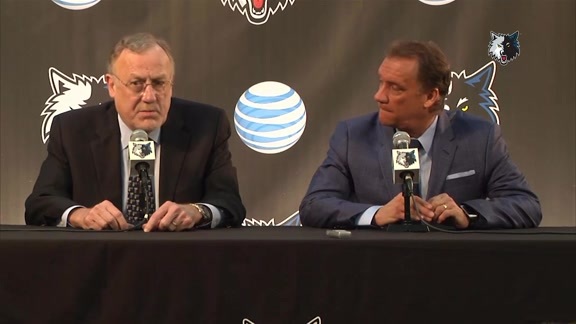 Rick Adelman (left) speaks at the presser with General Manager Flip Saunders (right)[/caption] The once plucky strategist, who got his first opportunity to coach an NBA team (Portland), in the 1980s, will remain as a consultant with the Timberwolves (who he has coached for the past three years) but will also be moving back to Oregon to be with his family. Anyone can see that he's set Minnesota on the path to improvement, though as he admits it hasn't gone as speedily as we'd hoped. With all the distractions of the Twins not losing, the Wild in the Playoffs and the upcoming Viking draft picks, it's hard to find time to wish the coach of our losing basketball team a fond farewell, but I think (though some may think it sounds crazy) we were really lucky to have had Adelman in Minnesota. I just hope he finds fulfillment and joy with all the time he gets to spend with his wife (of over 40 years) Mary Kay and eight grandchildren; if anyone deserves it, he does.   Photos via: NBA.com
Tags: Sports, Basketball, Minnesota Timberwolves, NBA, Rick Adelman