Running of the Bulls… in Minnesota? 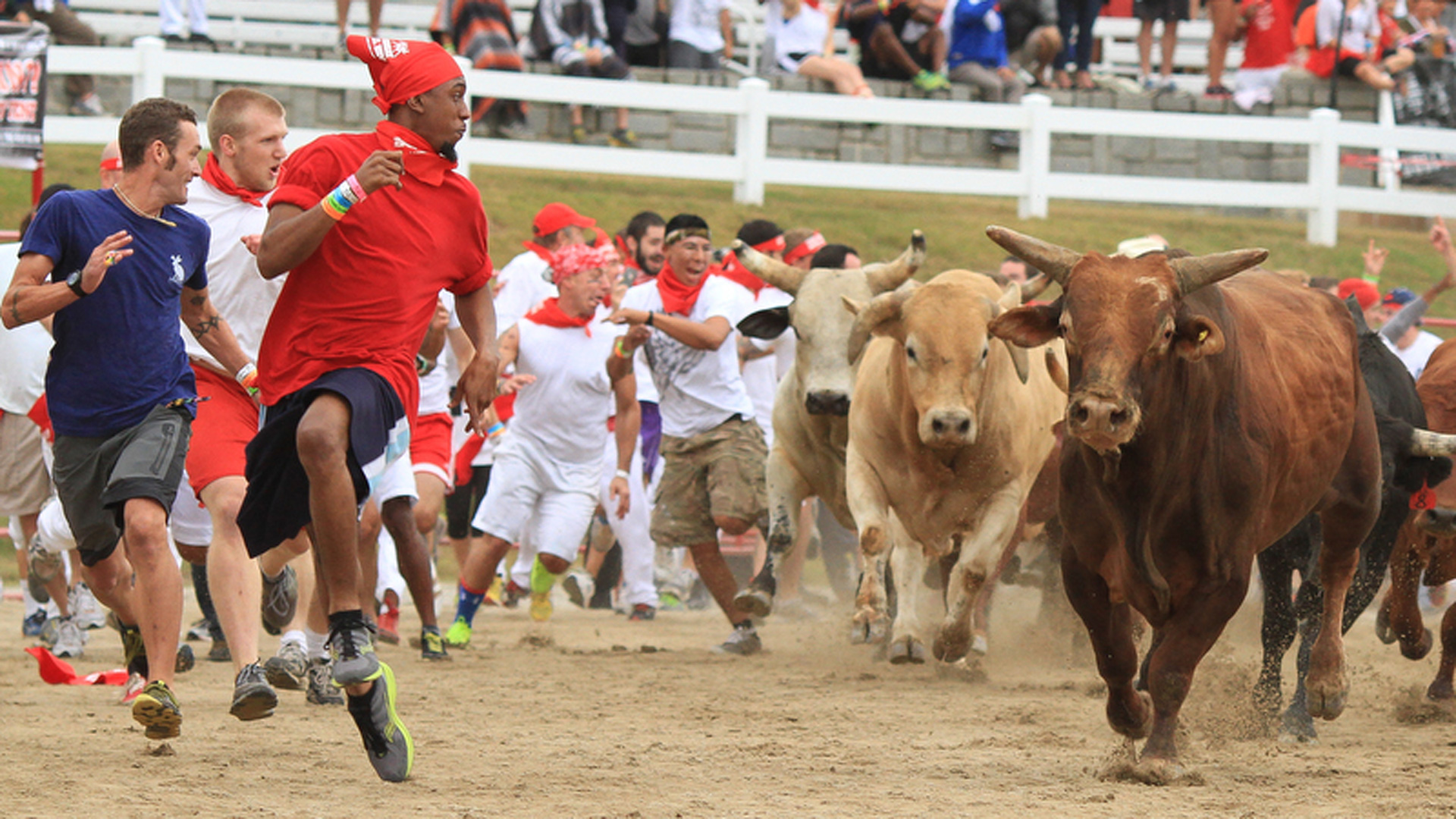 This upcoming event the makes the Red Bull Crashed Ice Tour look relatively tame. On May 10th at the Elk River Extreme Motor Park, 'The Great Bull Run' is coming to Minnesota as part of its remaining 2014 tour of ten American cities over the next seven months. The all-day festival features live music as well as a massive tomato fight -- but the principal attraction is a spectacle fraught with a bit more hazard and consequence than a few thousand thrown vegetables. The Great Bull Run's website describes the main event in much the same way as you are probably imagining it:

"Grab life by the horns and experience the rush of a lifetime as you sprint down a quarter-mile track with up to twenty-four 1,500-pound bulls hot on your heels." 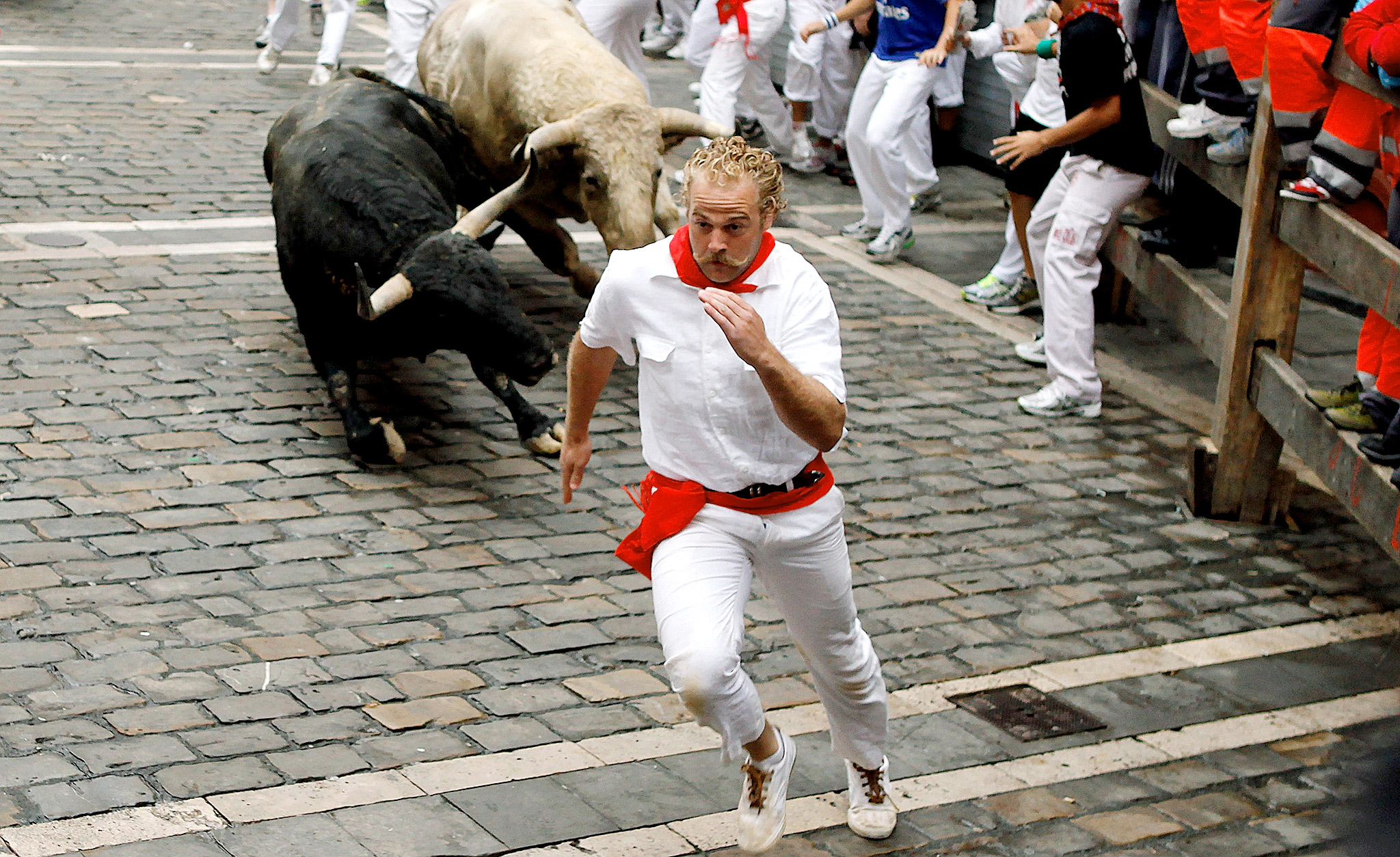 The perilous cattle gallop is modeled after the famous San Fermin Running of the Bulls Festival which takes place each year in July on the streets of Pamplona, Spain -- though promoters say there are some modifications built into the Americanized version that make it somewhat safer than the savage Spanish original.

“First, we run only on dirt or grass, not through city streets, in order to prevent the slips and falls that often injure bulls in Spain due to their inability to gain traction on pavement. Similarly, our courses don’t utilize sharp turns that bulls can’t navigate, which in Spain often leads to pileups of bulls and humans. Second, our courses aren’t walled in by buildings, which in Spain leave runners with no possible escape route. Instead, we construct the track using cattle fencing that allows runners to easily climb over to get out of the way of a charging bull. We also design nooks in the fencing that allow runners to sidestep incoming danger, if necessary. Finally, we won’t be using hyper-aggressive fighting bulls that have been trained to seek out and gore humans on sight, nor will we be filing the bulls’ horns to razor-sharp points.” 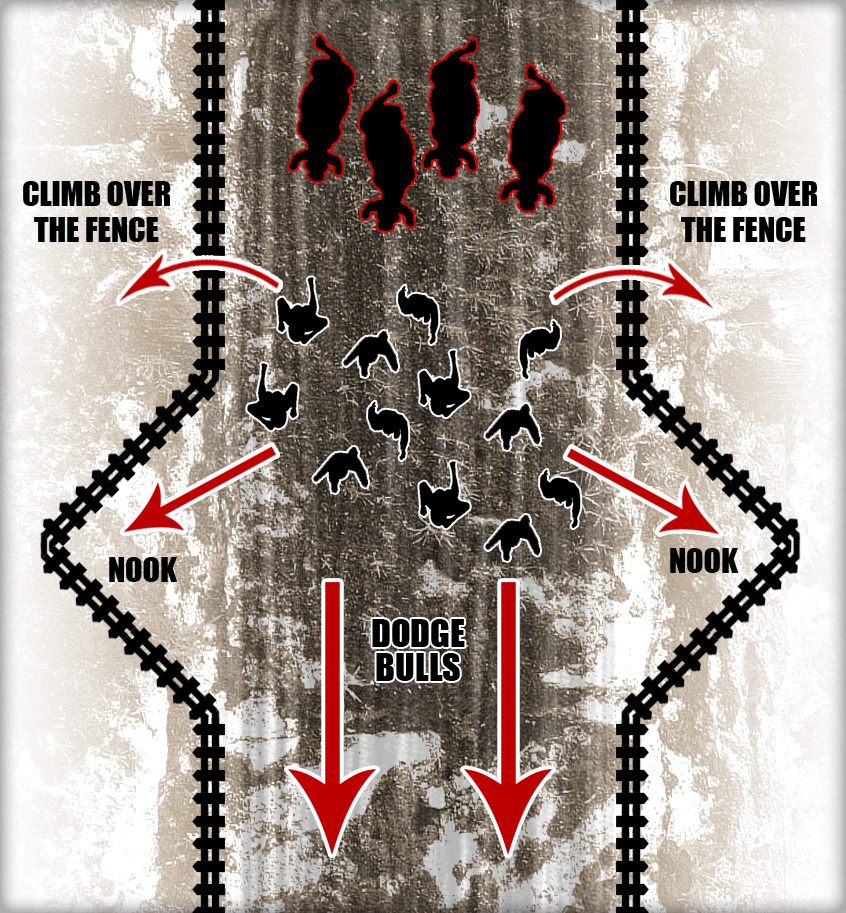 So, will the May 10th running in Elk River be safe? "Of course not," is the plain answer according to the website's FAQ, which adds:

"By participating in the run, you accept the risk that you might be trampled, gored, rammed or tossed in the air by a bull, or bumped, jostled, tripped or trampled by your fellow runners. Make no mistake: you could get seriously injured in this event.”

At least they are being honest and forthright — and that’s refreshing! What other company can you think of that advertises by clearly admitting you may be trampled and gored while using their product? At the risk of being an old, buzz-killing square, this thing sounds to me like a whole bunch of really bad accidents just waiting to happen. 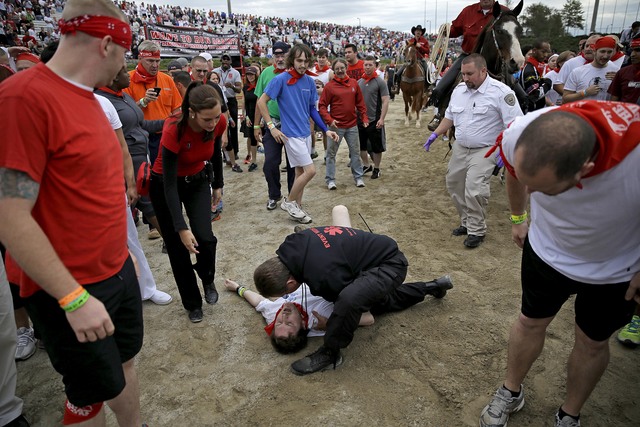 In fact, according to a recent Houston Chronicle article, a participant was hospitalized after sustaining "trampling-related" injuries during last month’s event in Houston. Three more people were sent to the hospital — including one who broke a pelvis — at 'runnings' last year in Atlanta and Virginia. I crave adrenaline as much as the next guy, but paying up to $70 to run a few feet in front of a stampeding horde of three-quarter ton, horned, trampling machines just might be my new front-runner for dumbest idea I’ve heard so far this year. Event schedule and registration details can be found on the Twin Cities event page at The Great Bull Run website.   Photos via: Google
Tags: News, Running of The Bulls, The Great Bull Run