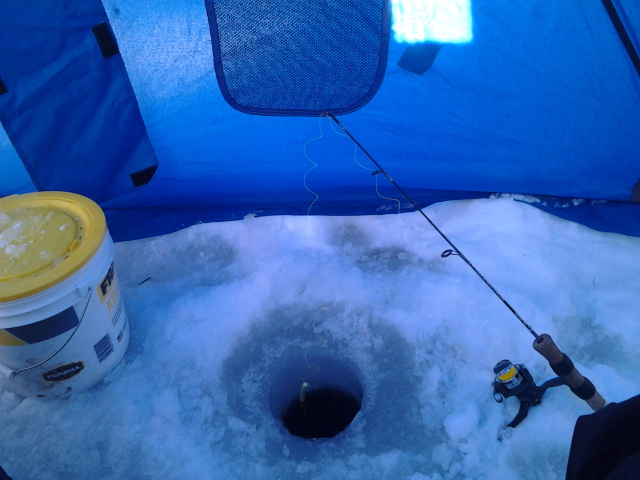 Though many of the larger lakes near the Twin Cities, such as Minnetonka and White Bear, are praised for their quality fishing when ice covered, a plethora of small, easily-accessible lakes are suited for the more humble fisherman. Two lakes tiny in comparison to the much deeper, heavily-fished lakes in the metro area are Square Lake in Washington County and Bennett Lake in Roseville. Both Square and Bennett are small enough that walking anywhere on the frozen lake is feasible, thus negating the necessity of a snowmobile. Square Lake Park is located about seven-miles north of Stillwater. It sits in a Washington County Park and is well known for its excellent water clarity. On a recent day, the weedy bottom could be seen at depths of more than 20 feet through a drilled hole in the ice. Square Lake hosts a healthy population of northern pike, largemouth bass and crappie. There were trout stocked in the lake until several years ago, and it’s possible a few have survived. There is a $5 day fee required to enter the park, including during the winter. 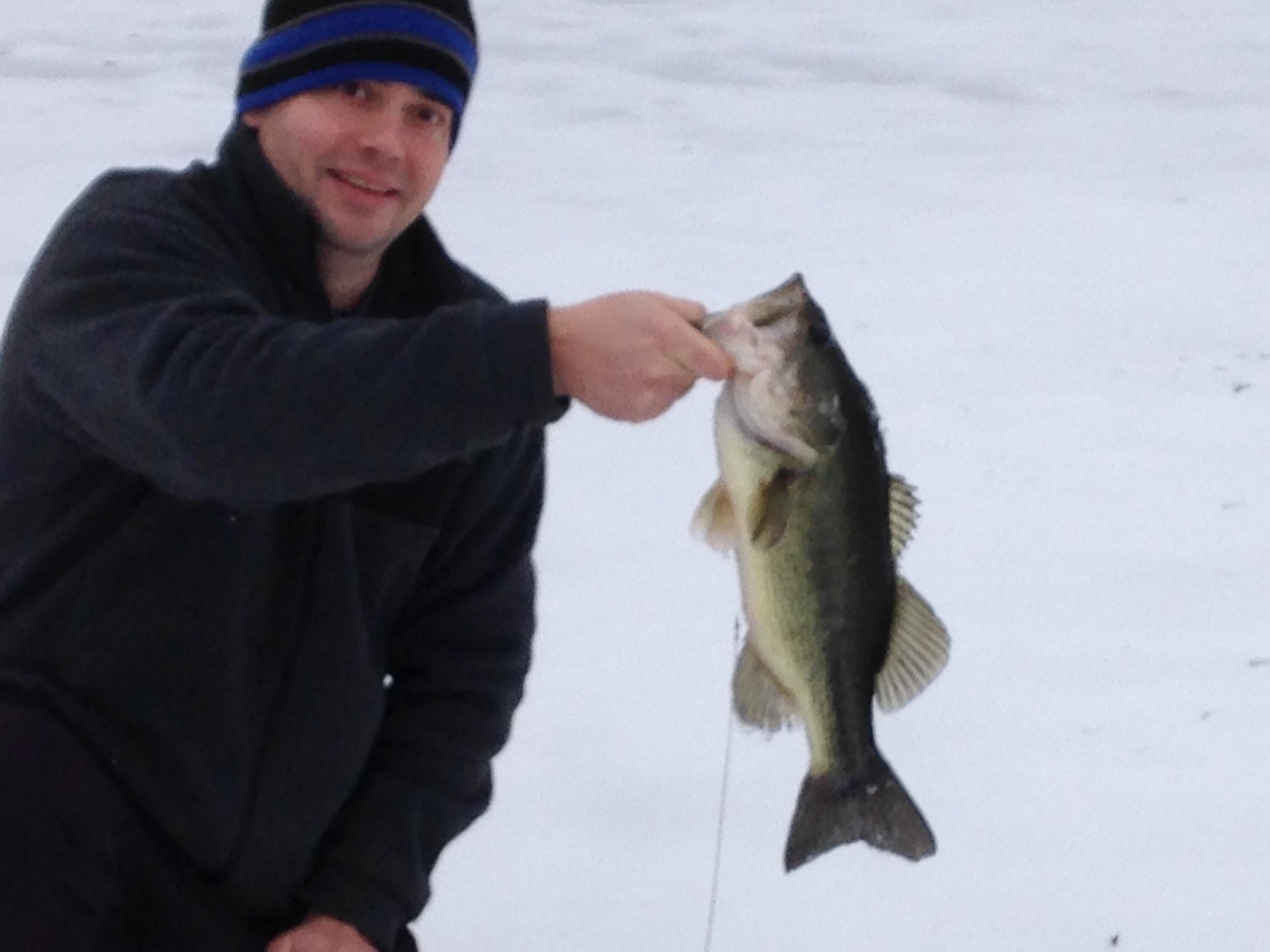 Bennett Lake is located in Roseville’s Central Park, at the intersection of Lexington Avenue and County Road C. This small lake is very shallow, with a maximum depth of 9-feet. The best spot to ice fish is on the northwest side of the lake near the two fishing piers. Northern pike are the prize fish to catch through the ice, though there is a small population of walleye in the lake. Also dwelling in Bennett Lake are bluegill and crappie. The most appealing aspects of ice fishing on these two lakes is the lack of traffic from other fisherman. During the past week there were no other anglers on either lake when this reporter visited them for a fishing trip. There are hungry fish swimming in the frigid waters of these two lakes and minimal pressure on them from ice fishermen.   Photos by: Maggie Nielsen
Tags: Outdoors, Bennett Lake, Ice Fishing, Square Lake