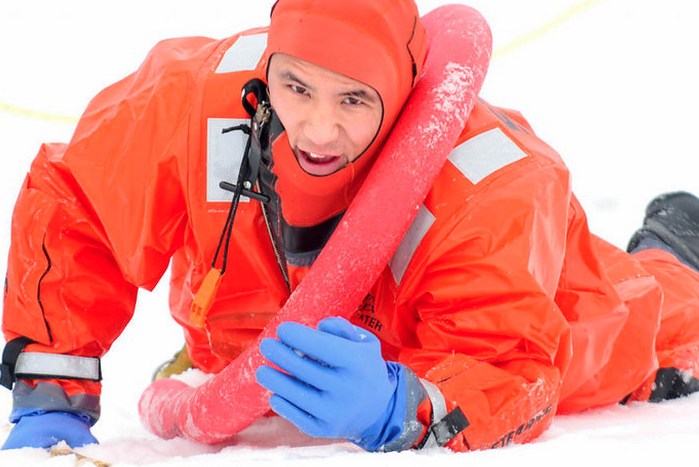 If you know anything about St. Paul, you know the city has a thriving population of Hmong citizens. Because of that fact, I was shocked to hear St. Paul will soon induct their first ever Hmong firefighter. Tou Lo, who is set to graduate this Friday, can be seen above in an ice water rescue exercise "learning the ropes" with fellow recruits. Lo knew he wanted to be a firefighter when he was just a teen after watching a documentary about the heroics of New York firefighters on the fateful day of September the 11th.

"I was inspired by what they were doing and I just made up my mind right there — that’s what I wanted to be doing later," Lo said.

Hopefully Lo is just the first of many more Hmong firefighters in the city -- with such a diverse population and an abundance of Hmong culture, the population can only benefit from more like Lo joining public service and representing both Hmongs and firefighters respectively. Photo via: Pioneer Press