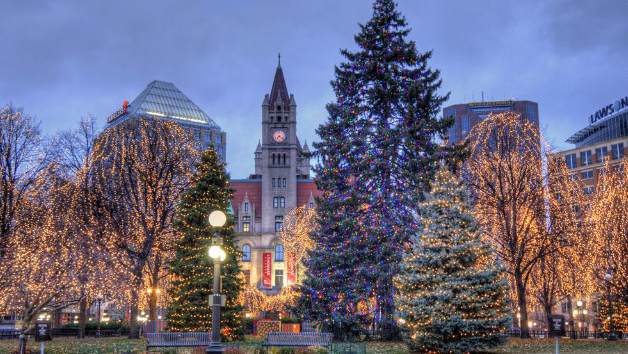 Apparently Minnesota has a lot going for it right now -- the state was recently deemed the #2 best state in the Union by Politico Magazine, and a few months back Minneapolis' Varsity Theater was awarded the title of having the nation's "Best Bathroom." Now, in less than one calendar year, Minnesotans can boast about one more achievement -- St. Paul was voted as the most romantic city in the country -- yes, seriously. As voted by online users at USA Today, St. Paul took the crown from other notable romantic destinations like Savannah, Georgia, and Honolulu, Hawaii. Votes started pouring in on December 30, with voters eligible to vote only once per day. It's reported that USA Today made sure there was no cheating or "rigging" of the vote by auditing votes as they went. St. Paul started with an early lead and finished strong in the top spot -- I can only assume a lot of those votes originated from Minnesota's capital city. USA Today remarks on St. Paul:

St. Paul is the smaller, quieter and, many say, the more sophisticated of the Twin Cities. While not an obvious choice as a romantic getaway, couples love it for its diverse romantic offerings, like leisurely paddle- wheeler rides along the Mississippi, beer tastings, or ice skating. St. Paul also has a thriving performing arts scene.

The complete list looks like this: While I too love St. Paul, I gotta say, I think Hawaii would be my choice.   Photo via: Teresa Boardman