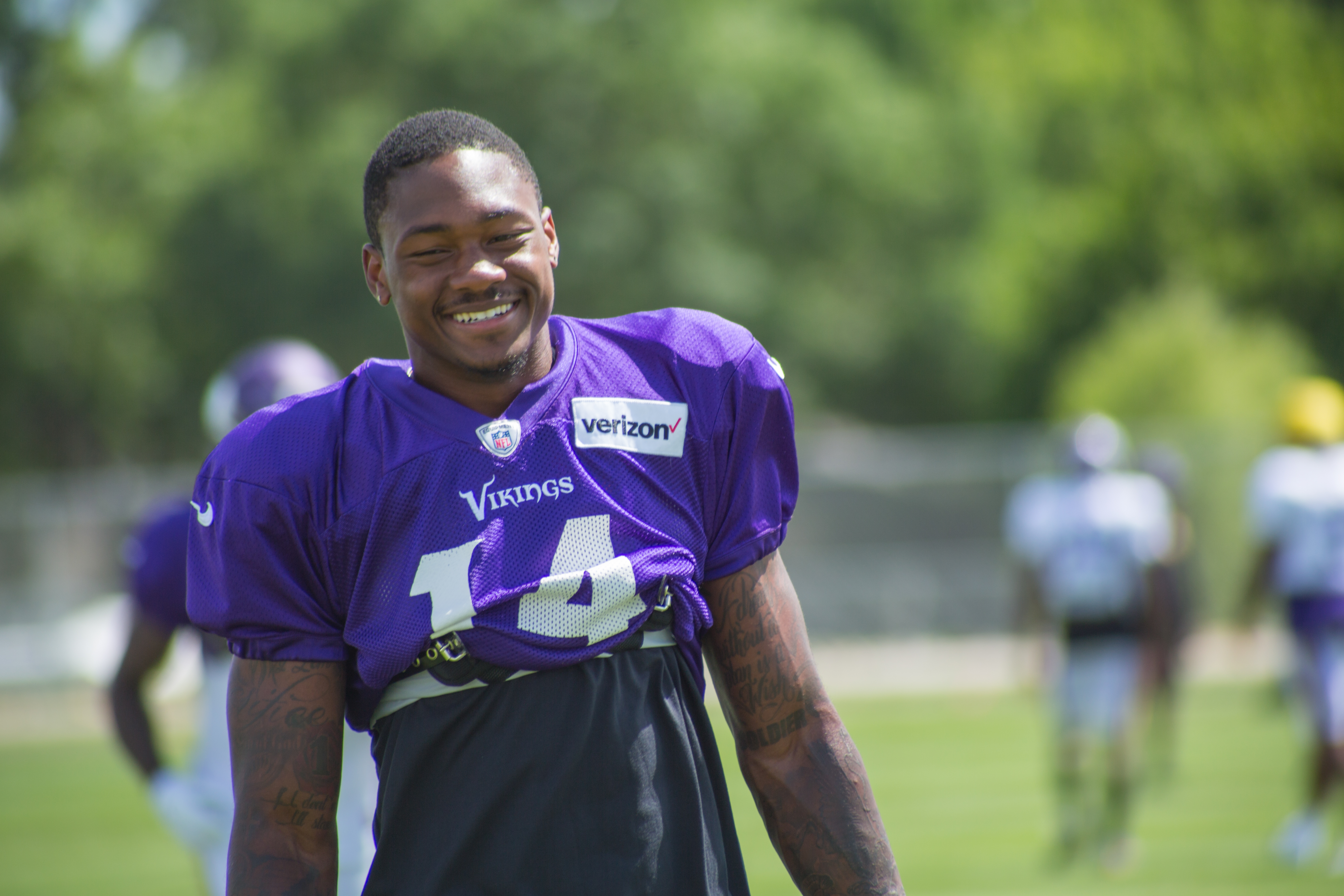 Even if you aren't a football fan, it was no secret the Minnesota Vikings and Green Bay Packers squared off in a heated divisional matchup last night in Minneapolis. Not only was this an important game for both teams (and their respective fan bases), but this was the big U.S. Bank Stadium unveiling to the football world. Oh, and on top of that, the Vikings started a quarterback, Sam Bradford, who was on a different team two weeks ago. Even with all that considered, the biggest moments last night were Stefon Diggs emerging as a star in the NFL. Diggs helped the hometown Minnesota Vikings edge the Green Bay Packers 17-14 on Sunday. Of course, it's still too early to pen him into the meaningless Pro Bowl contest, but Diggs proved last night that he is a force to be reckoned with. Diggs caught 9 passes for 182 yards and one touchdown. That is a remarkable stat line considering last night was more of a defensive struggle where scoring was at a premium. I'm sure most of you can guess who has the highest yardage total for a receiver against the Green Bay Packers -- yes, it was Randy Moss in his rookie season with 190 yards on "only" five catches with two scores. Diggs flirted with that all-time number last night. By no stretch of the imagination should we compare Diggs to one of the greatest to ever play the game, but it's fun to see a Vikings wide receiver who intimidates defenses again. It's been since 2009 when both Sidney Rice and Percy Harvin took turns terrorizing opponents -- and both of their successes here were short lived. 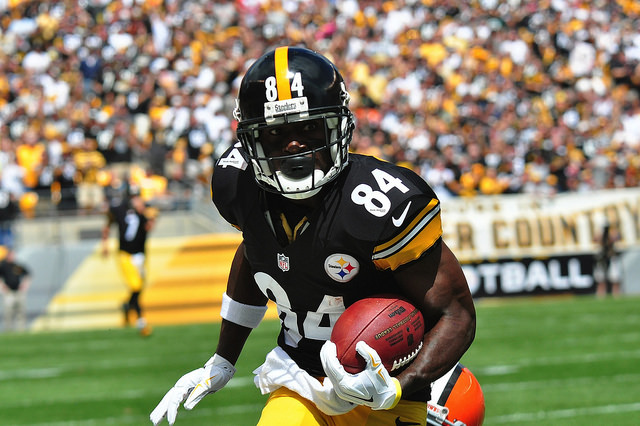 Even if one were to compare Diggs, I would argue his game has more similarities to one Antonio Brown. Both are smaller wide outs who were passed up in the draft by every team in the NFL, several times -- Diggs was a 5th round pick by the Vikings, Brown a 6th round pick by the Steelers. Both have elite hands and speed, both run routes with expert level precision. Again, it's too early to put Diggs in the class of Moss or even the current superstar Antonio Brown, but he has many of the intangiables to take him to those levels of success and superstardom. Last season, Diggs surfaced as a threat with a stretch of five or so games where he was making spectacular diving catches and showing up defensive backs with his speed. But his domination was short-lived and he seemed to potentially be a flash in the pan. However, Teddy Bridgewater was the quarterback all season and struggled to attack defenses through the air. He only threw 14 touchdown passes all year -- Diggs and the rest of the wide receiving corps. struggled to make a difference because of that. Losing Bridgewater was a significant loss for this team, as Bridegewater's star seemed on the rise. But it could be that Bradford is an upgrade in the passing game. Yes, it's a small sample size, only four quarters of Bradford football, but the former number one overall pick has the arm strength and accuracy that can take the top off the defense and hopefully continue to stretch the field -- and Diggs is the perfect weapon for that attack. 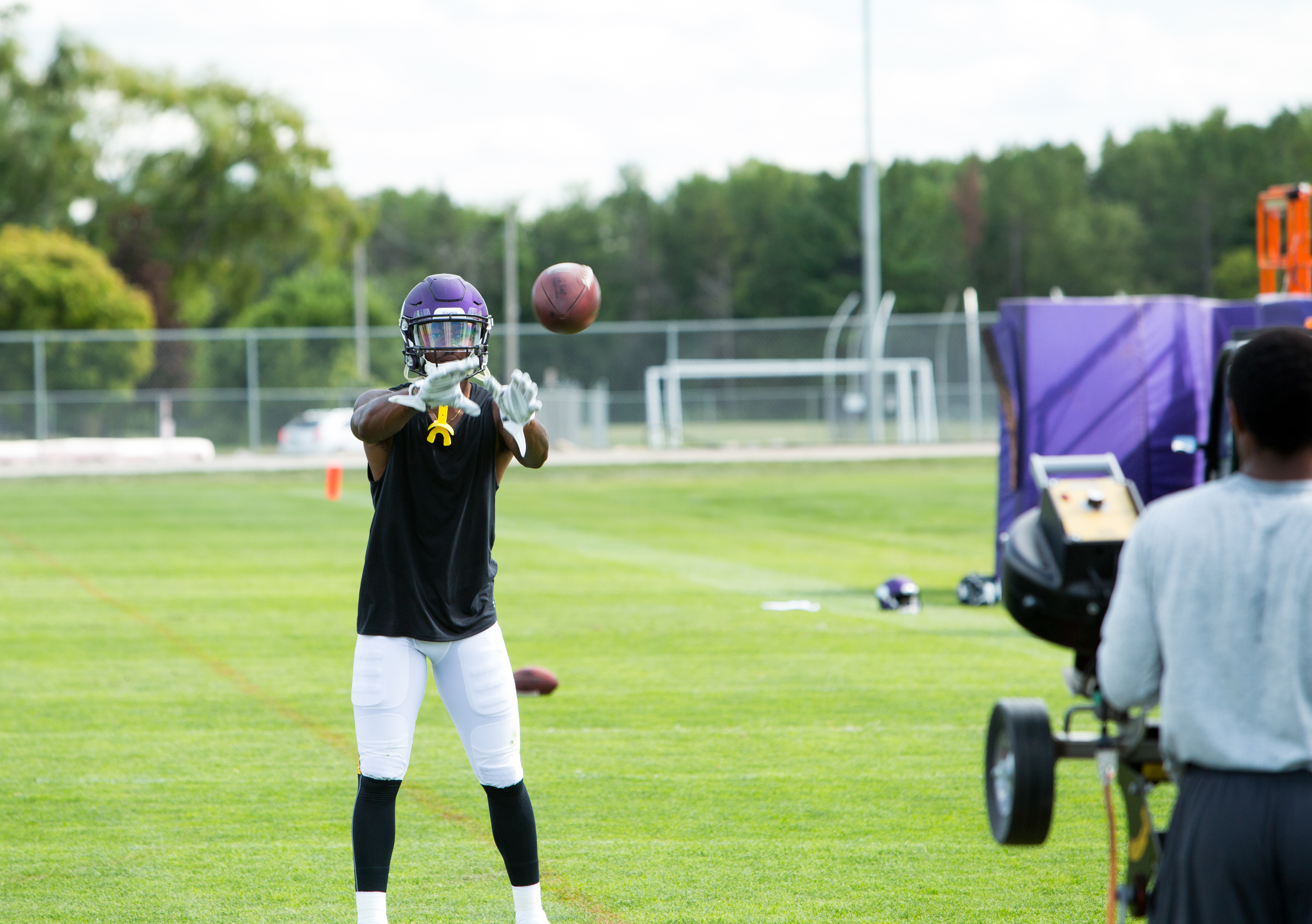 Despite losing the starting quarterback a week before the 2016 season even kicked off, Diggs has turned in two wonderful performances that have helped propel the Vikings to a 2-0 record. Now with Adrian Peterson potentially hurt for an extended period of time (he tore his meniscus last night), this offense might become one that revolves around Diggs. Bradford and Diggs' biggest test will be coming next Sunday against the 2015 NFC Champion Carolina Panthers -- though their biggest defensive weakness is the secondary, their defense is still very good. Diggs will have to be a difference maker on Sunday if the Vikings want to get their second road victory of the season. Diggs can prove he is a star in this new-look offense. If he is the focal point, defenses will key in on stopping him -- but that never stops superstars anyway, just ask Antonio Brown.   Photos by: Matthew Deery -- Brock Ward
Tags: Sports, Adrian Peterson, football, Green Bay Packers, Minnesota Vikings, NFL, Sam Bradford, Stefon Diggs, U.S. Bank Stadium