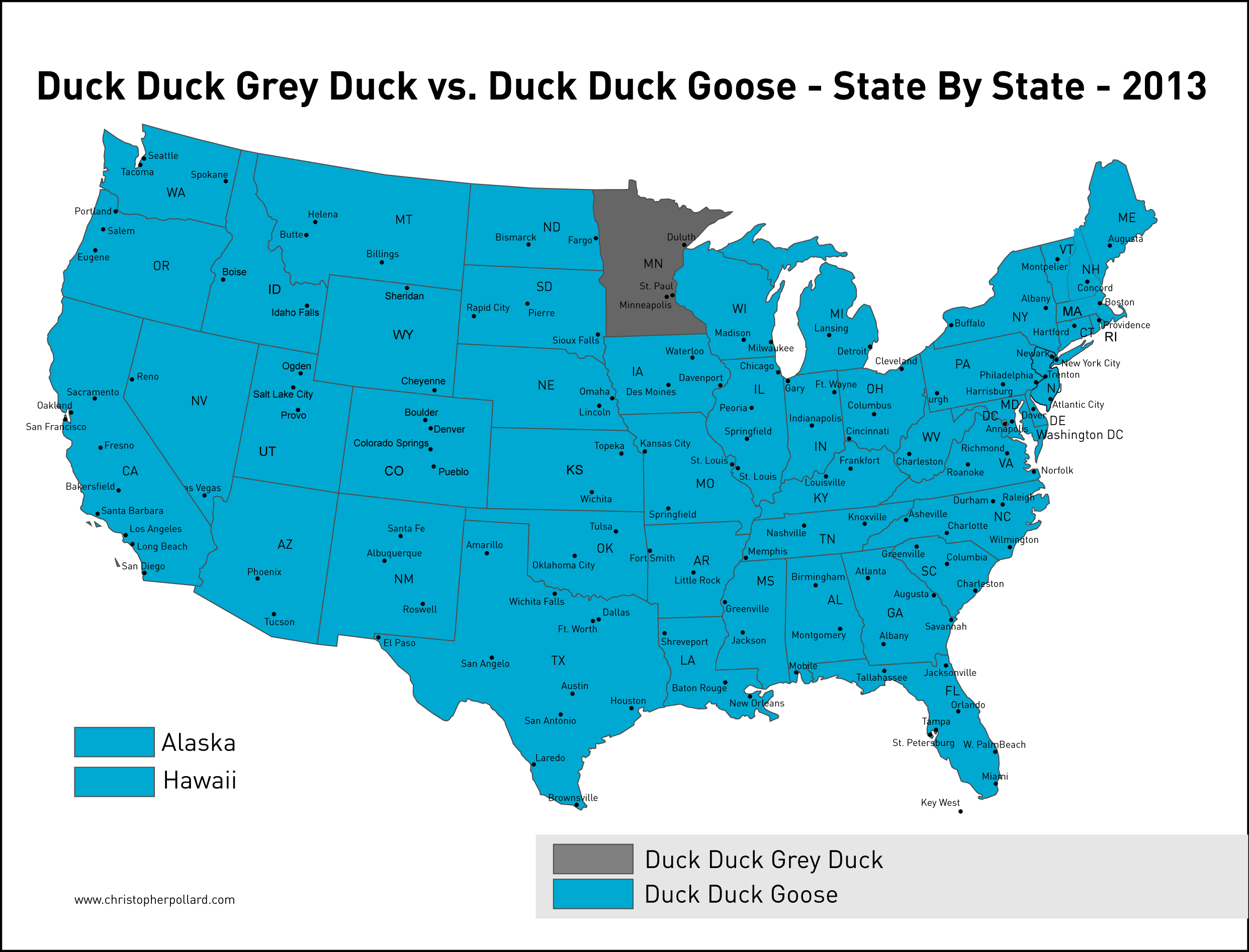 There's a goose roast going on in Minnesota and the whole world is invited. Not a real goose of course, it's totally figurative. For we, as a people, are undertaking the prolonged and laborious effort of explaining what seems like common sense to us, but comprises a mind-blowing revelation for those outside our borders. What revelation you ask? That the game "Duck, Duck, Gray (or Grey) Duck" is decidedly more awesome (and beneficial) than "Duck, Duck, Goose." Though sweeping statements have been issued (like ...
View Full Post
Blog Navigation