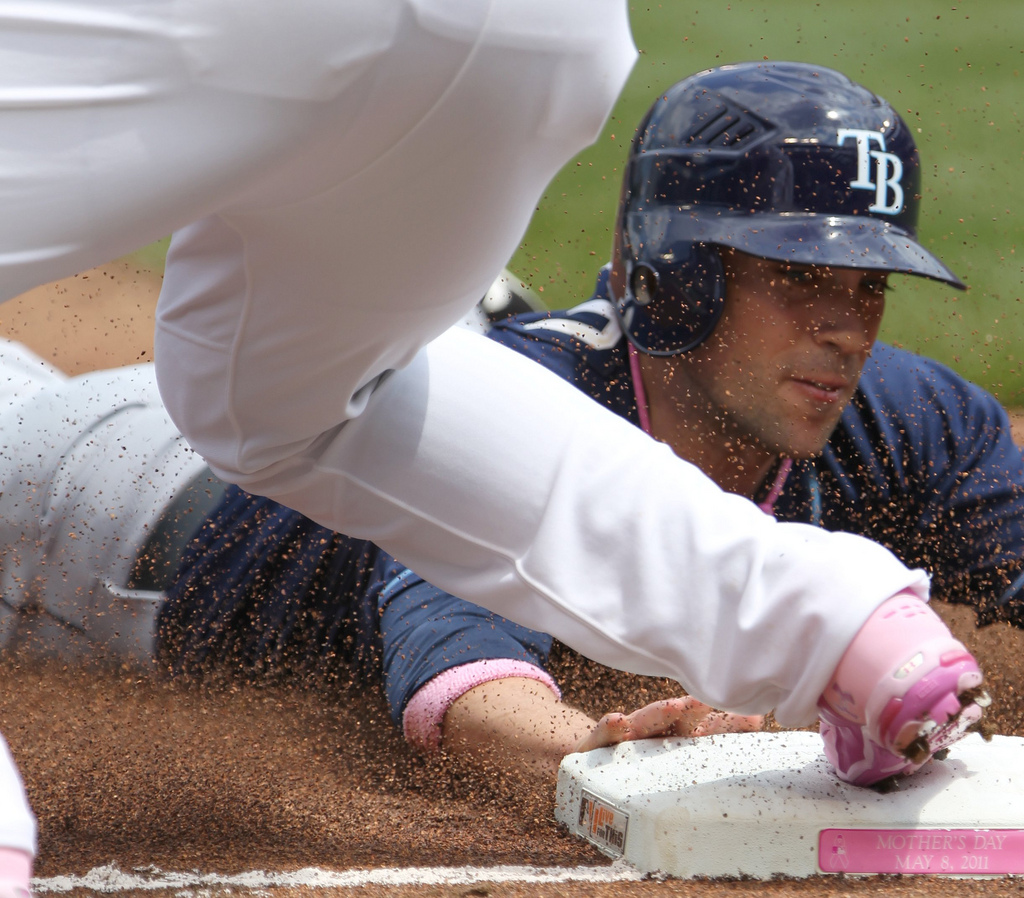 In 2011, Sam Fuld was making diving catches and developed a cult following in Tampa Bay as he sliced singles, ran with utter abandon, and made memorable catches in the outfield. He was known as "Super Sam" because of his ability to seemingly fly when going after balls hit in the gap.

Fans have a tendency to disperse when a hero doesn’t perform and Sam Fuld’s weakness became apparent: he can’t hit very well. Despite this "small flaw," check out Fuld’s Wikipedia page...