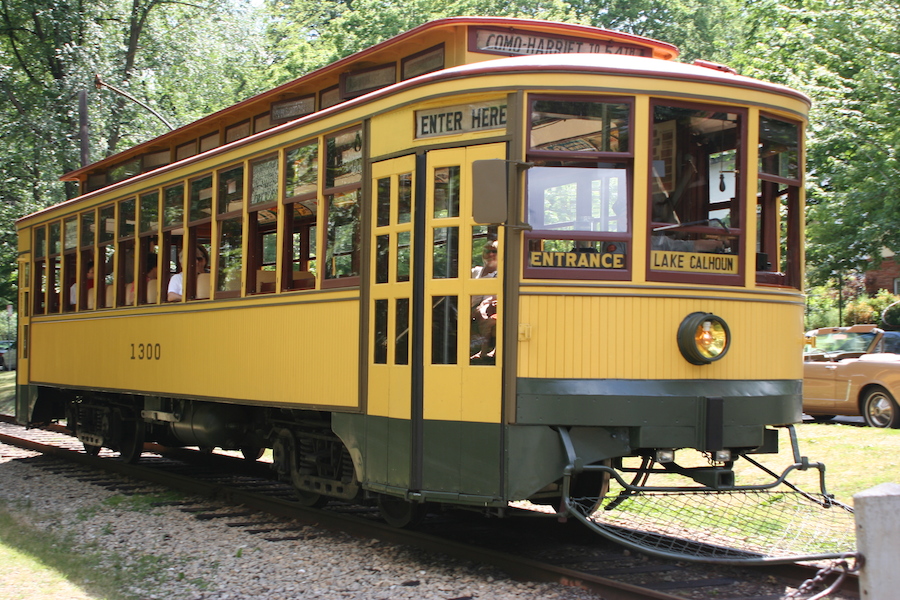 It’s warm, the top is down (the car windows open for those without the luxury) or perhaps you are enjoying the warmer temperatures by not being outside at all and basking in an air conditioner’s relief. Now imagine it is 1908, a sweltering 95 degree day and you’re in a full suit with hat or bustle and corset. Where do you go to escape the heat? In the earliest part of the twentieth century, before air conditioners and convertibles, the only way to cool oneself was to hop on the streetcar. Of course, the streetcars were not just for catching a cool breeze, but for heading to work downtown or heading out to Lake Minnetonka for a picnic. Thomas Lowry, whose last name is familiar to many Minneapolis residents who drive along Lowry Avenue or picnic in Thomas Lowry Park, helped create the public transit system of the Twin Cities. After Lowry’s Minneapolis railway connected to the Saint Paul system, a merger formed Twin City Rapid Transit. Perhaps Lowry would be pleased that both cities are connected again. Many people have lauded the return of the modern incarnation of the streetcar through their support of light-rail service. The Green Line, which will run between Minneapolis and Saint Paul on University Avenue, opens on June 14. For lovers of the past, the modern versions don’t always hold the same appeal as the new, but to those romantics pining for a bygone era, there is an opportunity to relive the heyday of the streetcar. [caption id="attachment_273232" align="aligncenter" width="451"] 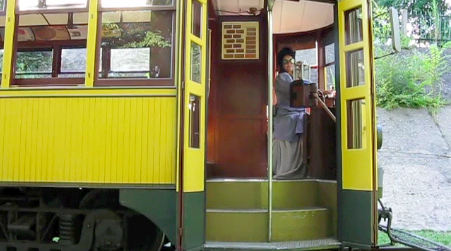 Alexandra Howes dressed in early 20th century clothing aboard one of the streetcars.[/caption] The Minnesota Streetcar Museum runs the Como-Harriet Streetcar Line and the Excelsior Streetcar Line. A completely volunteer-run organization, the museum volunteers do everything from driving the streetcars to restoring them. Many of the first volunteers were people who worked as motormen and conductors before automobiles and buses brought an end to the streetcars’ reign. Many people don’t realize they can step into the past at the Como-Harriet Streetcar line, located on the West side of Lake Harriet near the bandshell, or the Excelsior Line located near Highway 7 in Excelsior. The fare is $2.00, but children under three ride free. There are also day passes and multiple ride tickets for frequent riders. This summer, come on down to the moving museums, take a window seat and let the breeze cool you down while you enjoy the view! For more information about fares, special events, and streetcar history visit their site.   Photos via: Wikipedia -- Alexandra Howes
Tags: Local Businesses, Green Line, Lifestyle, Mass Transit, Minnesota Streetcar Museum