Taylor Swift Officially Goes Pop With “Shake It Off” 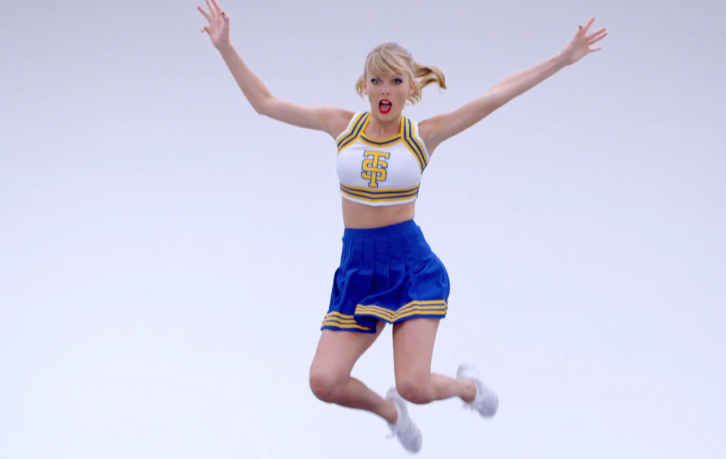 Alright, you can finally say it now without fearing a bunch of mean tweets or Facebook comments coming at you from millions of Taylor Swift fans: she’s officially gone pop. She even admitted so during her worldwide lifestream yesterday, and proved it with a very catchy new single. The single, “Shake It Off,” is the first to be released from her upcoming first official pop album, 1989, which will be available everywhere October 27 from Big Machine. The song itself is just plain fun and definitely a new direction for her. It’s lyrically her most simple song to date, and isn’t about any specific boyfriend she used to reportedly date. That doesn’t mean it’s not without a message, though. It’s like she wrote another version of “Mean” with this one being directed at those who endlessly criticize her public romances with lines such as, “I go on too many dates, but I can’t make ‘em stay. At least that’s what people say.” The chorus drives the point of the song home in a very straightforward way. She sings that people are going to say what they want to about you, but in the end the best thing to do is to “shake it off” and just be you. The video itself is fun to watch as well, and you can tell she’s fully embracing her official dive into pop music. The video shows her doing everything from ballet, where she looks great with what looks like little or no makeup on, to twerking. She also isn’t afraid to poke fun at herself as the video shows her messing up a few times, and confused at what’s going on at other times. If this is a sign of what to expect from the new record, it’s definitely going to be a fun one to listen to. The song isn’t country, but it’s very Taylor Swift.   Image via: YouTube
Tags: 1989, Music, Taylor Swift