The Acclaimed Musical "Once" at the Orpheum For Six Days Only 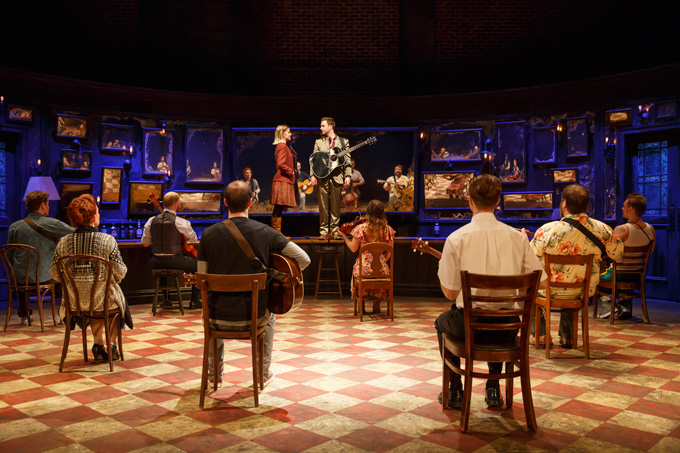 The Orpheum Theatre will be taking on the interesting spectacle of the musical Once. Adapted from the movie of the same name, Once has taken the world by storm, even receiving a Tony in 2012 for Best Musical. Once is the story of a Dublin street merchant on the verge of giving up, when a lovely Czech lady takes a liking to his music. Focusing on lowering the spectacle level of Broadway musicals, Once uses minimalist set designs, and the cast as the orchestra. This is then used to hone down on the emotional intimacy of the story, and the healing power of the music, of which all the original scores were retained. This current production features a touring cast, lead by Stuart Ward and Dani de Waal. It premieres at the Orpheum starting April 1st, but only has a six day run, the final showing being on April 6th. More information about the musical itself can be found on their official website. For showing times and ticket prices, contact the Orpheum box office.   Photo via: Once Musical
Tags: Minneapolis Events, Once, Orpheum, Theatre