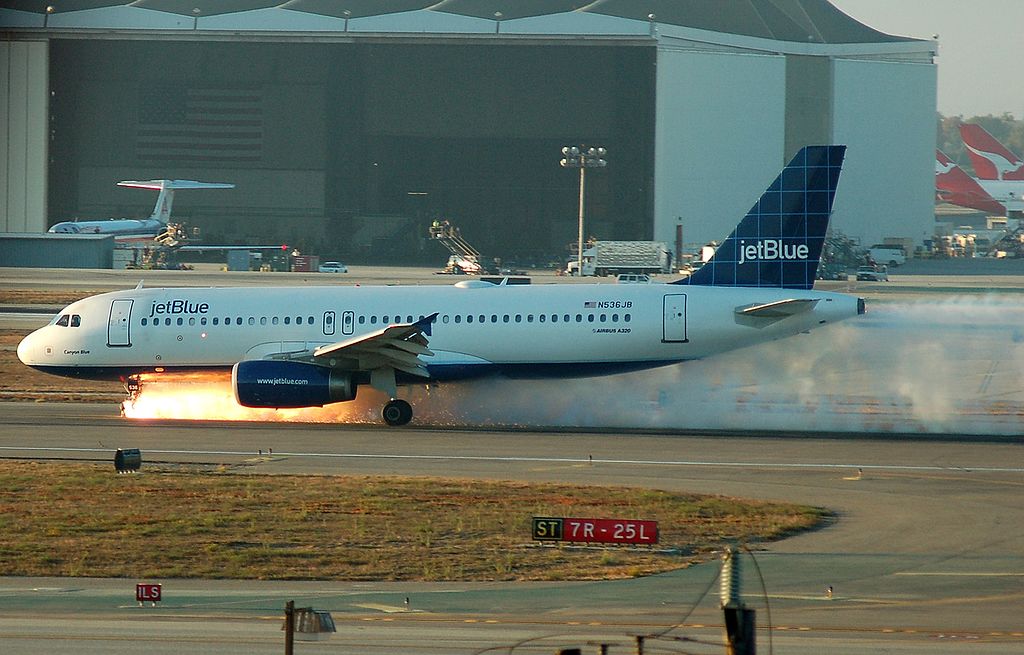 In the last year, I was splashed by the surf on the famous Malecon boulevard in Havana and whispered a gasp of wonder when our tour bus emerged onto the Rua do Infante Henrique riverfront in Porto, Portugal. And during the two months of #StayatHomeMN, I have to admit that my mind and Internet searches continually wandered to the daily blogs in Belize and Airbnb searches on the beach in Cartagena, Columbia. The compelling question is whether I can face my fears, strap on my N95 construction mask and tackle the friendly skies again?

There are certainly enticing air fares in every direction. The airlines that I am shopping learned valuable lessons during the 9/11 crisis and I did too. Within four years of 9/11, four of the five major airlines filed bankruptcy. Those same airlines are aggressively using their 9/11 playbooks to steer through the COVID devastation. Momma didn’t raise no fool. Before I purchase my fall or winter vacation, I am going to dig into the new COVID-19 safety environment and at the same time, analyze the finances of our favorite MSP carriers (see table). I invite you to join me as I create an invaluable finance guide to protect your money, reveal those airline 9/11 secrets and review the latest airline safety initiatives that will affect your decision about flying.

Just as in the 2001 crisis, airlines are parking and retiring costly older aircraft in record numbers. Hometown hub carrier Delta surprised the industry by announcing the retirement of their entire Boeing 777 fleet by the end of the year. The move to park those long haul aircraft coming just months after Delta launched a complete cabin remodel of the fleet. And just weeks ago, Delta announced that it was shelving its entire fleet of MD-88 and MD-90s. American responded by retiring its Boeing 767 and 757s and nine Airbus 330s while United has benched 27 Boeing 757-200s and 767-400s to what they call “long term storage.”

What does this all mean to the consumer? Less competition and fewer choices will ultimately lead to higher prices. One could argue that fuel at all time low levels will be a catalyst for fare wars. However, these airlines are coming off of record profit years and one of their main strengths has been capacity discipline. The days of People Express and Valujet are gone. And Southwest is no longer the low cost carrier to hold fares down because they are burdened with some of the highest labor costs in the industry. Whether you are shopping air fares, hotels or cars, prices are at unprecedented lows with the least amount of restrictions. And the low prices are not sustainable so if you have the gumption to climb into an aircraft cabin, now is the time to book that next trip. 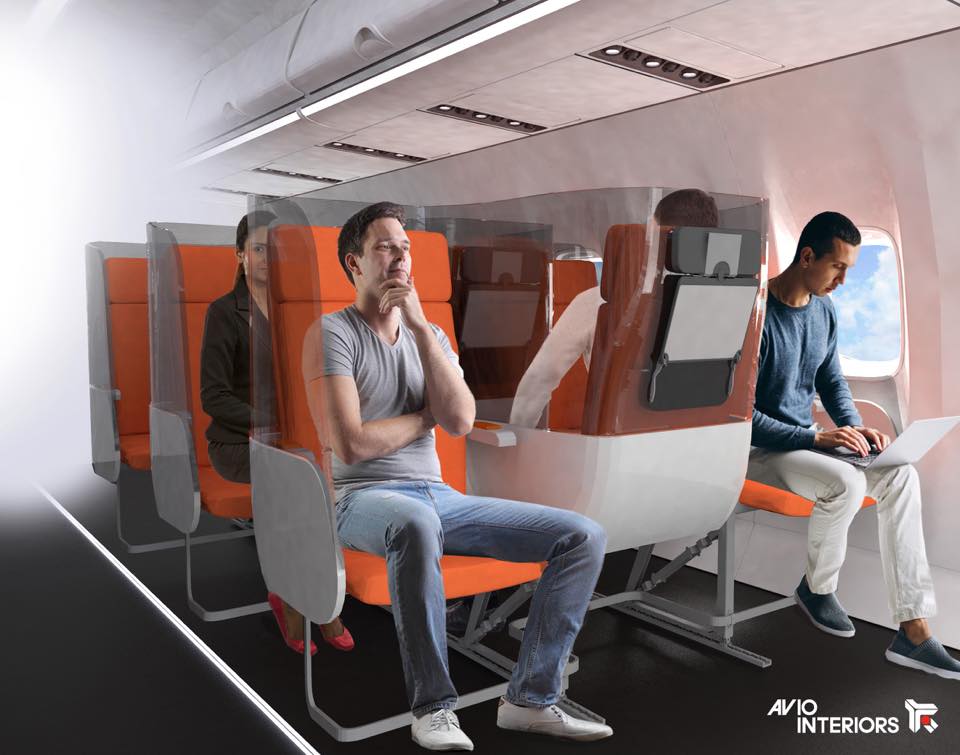 The repercussions of 9/11 revolutionized airline safety. The industry implemented limits on carry-on luggage, screened 100% of bags and collaborated for the Known Traveler Program. COVID-19 is spurring similar leading-edge thinking. Cabin partitions between seats have quickly become a major theme among industry designers. Here is a cool design launched by Aviointeriors SpA of Italy that gives you a taste of what is to come. With the seats facing opposite directions, there is a cocoon of protection for the passenger and the carriers would lose only a few rows of seating (and revenue).

In the Mideast, Emirates is already running international flights with rapid COVID-19 testing in the departure area (see photo). 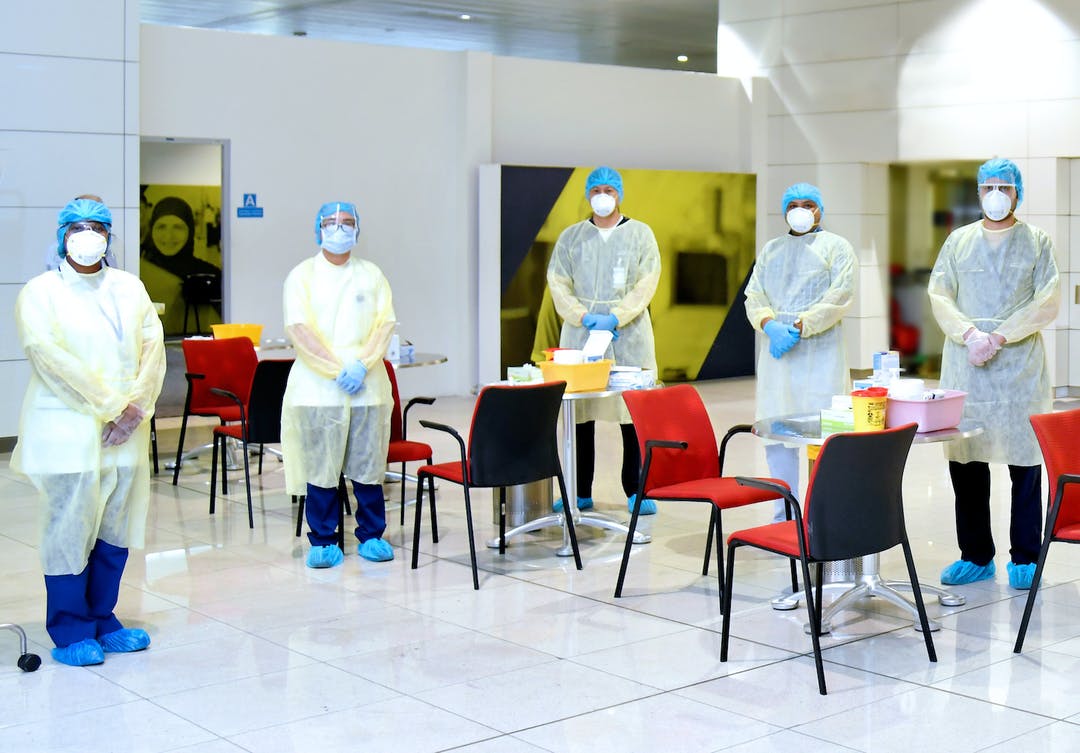 While you were quarantining it would have been easy to miss the news that Belize eliminated new COVID-19 cases for more than a month; Vietnam for a week and New Zealand choked the disease to a trickle. Now those nations must make critical decisions about how to effectively reopen their borders and reignite their critical tourism sectors. In the Caribbean, Antigua is opening in June and will require a negative COVID-19 test in order to visit. That will be the new landscape of travel to some of the world’s tourist treasures. So instead of worrying about my sister shoveling my walk this winter, one of my first tasks will likely be a visit to my doctor’s office.

While I was at Northwest Airlines, I managed the relationships and contracts with other airlines. With Richard Anderson, former Amtrak and Delta Air Lines CEO (name-dropping bell rings) we set up new contracts that protected the airline’s receivables and helped usher PanAm, Midway Airlines, Eastern Airlines, TWA and others into aviation oblivion. One of the key strategies for Northwest and your household is to ensure that your airline purchases are as secure as possible.

The lesson of 9/11 is that cash is king. Southwest CEO Gary Kelly told Forbes recently that planes are flying “virtually empty” which means that airlines are burning through piles of cash. Using the analyst Raymond James’ cash burn rates, I have constructed a helpful Consumer Air Fare Safety chart.

The combination of cash burn rate and incoming CARE grants provides an excellent barometer for which airlines can weather the storm ahead. Further, I have added their Debt-to-Equity ratios which measure the extent that the business relies on debt obligations. The higher the ratio, the more debt that must be repaid. To make a long story short, Southwest and Delta carry moderate debt loads and hold very large cash reserves that ensure your air travel dollars will be safe, well into the future. Both Spirit and United have intensive debt structures but are positioned to receive sufficient cash for operations, in my view. On the other hand, American is servicing a mother lode, $21.5 billion in debt and actually has a negative debt-to-equity ratio. Unless there is a destination that only American serves, I will look to avoid them during my low fare search.

Because hometown airline Sun Country is privately held, I will use caution because their cash reserves and financial position yield only limited public statistics. The good news for Sun Country is that they have hedged their business by signing a deal to fly ten cargo aircraft for Amazon and all ten planes will be in the air by July.  Another savvy move by their CEO Jude Bricker was to cease most of their flying through June 21st, preserving significant cash. The bad news is they still have lease or mortgage payments on 24 other aircraft.

For any carrier which I hold significant concerns, I will use a credit card (not debit) which provides added security should the worst case happen and the airline ends up in bankruptcy court.

Now that I have recognized that this is a great time to buy and found the best airlines to book, I face what may be the biggest hurdle. Walking through the fear and envisioning the logistics of what my air travel will look like. Here are some of the new industry measures in place that will help put me over the hump:

· The TSA will be in full hazmat garb and the key steps of security are now touchless. I will use mobile boarding pass and scan my own ID and boarding pass at security.

·  I will carry a load of Clorox/Lysol wipes and scour all touch areas (tray table, arm rests, air flow, seat recline) around my window seat

·  All these airlines have HEPA and high efficiency air filter systems

·  I am impressed by the airline updates about vigorous sterilization procedures that I have received from Gary Kelly at Southwest, Ed Bastion-Delta and others.

And finally I penciled in some very good advice from the iconic author and restless traveler Jack Kerouac:

“In the end you won’t remember the time you spent working in the office or mowing your lawn. Climb that goddamn mountain!”