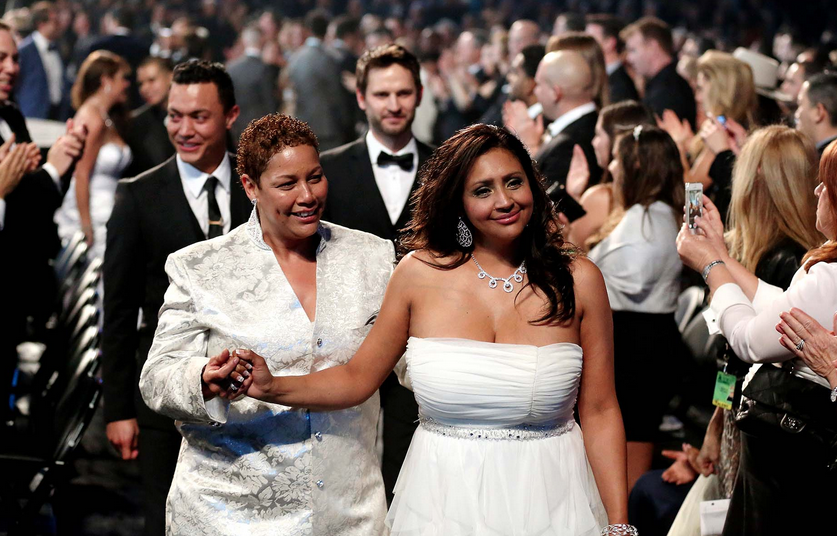 On Sunday, January 26, the 56th annual Grammy Awards were held in the Staples Center in Los Angeles, California. The show was a spectacle, to say the least, with collaborations of musicians on opposite sides of the spectrum -- see: heavy metal group Metallica and concert pianist Lang Lang, as well as performances by musicians of yester-year and tomorrow-land converging on one stage in the name of music. The awards were delevd out as usual, Australian artist, Lorde took home two Grammy's in her first ever awards show, Daft Punk received Record of the Year and Pop Album of the Year fell to Bruno Mars. This awards show, however, aired with another purpose -- an agenda. This Grammy performance showcased the marriages of both gay and straight couples to the same-sex love anthem, "Same Love" by Mackelmore and Ryan Lewis. Beyonce and Jay-Z gave us a performance that looked like a scene from Moulin Rouge or Showgirls. And Katy Perry's, Dark Horse" performance resonated with those involved with Satan worship. I've watched many Grammy Awards shows, and it seems like each year, it gets more and more trashy. Each year it's less about the music and more about talking about what's trending on the nation's lips at the moment. After having a day or two to digest what I saw, I decided the Grammy's lost me as a viewer. Let's think about this for a second. The gay marriage thing is huge, especially with it recently becoming legal here in Minnesota. And while many states are quickly making gay marriages legal, it all seemed, off. Why do we as viewers have to watch two people, whether gay or straight, get married? You don't care to see my wedding tape. I'm just another guy who found a good girl and married her. But that's not "cool" or "trendy." It's "cool" to watch gays get married, because it goes against the idea of "conservatism." It's the idea of breaking out the mold and making your stamp in history -- but if homosexuals have fought so hard for marriage equality, why is it being elevated so high? Even as high as being nationally televised during an awards show? 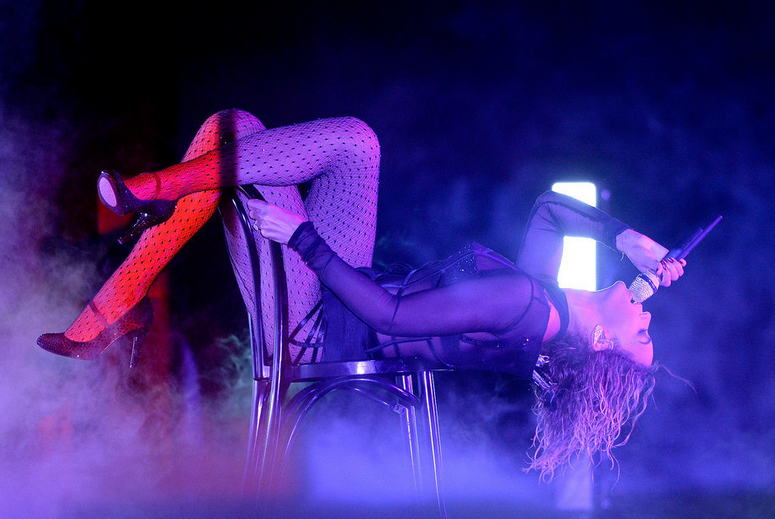 Second, I am not a millionaire rapper like Jay-Z and my wife does not have the voice of Beyonce, so this may be an apples to oranges comparison, but you can not pay me America's National deficit to get me to agree to let my wife twerk and dance on stage for a crowd, much less America. Again, they're performers. It's their job to put on a show. But ladies, do you honestly think Jay-Z gives his wife the respect she wants by agreeing to let her wear what she wore for the world to see? Where are the feminists now who say that men exploit women? I fear all I hear are crickets. And men, watch the music video and jot down what you think about Beyonce's performance as soon as they enter your brain. Then pretend some guy sitting on his couch is saying those things about your girlfriend or wife. Not so cool now, is it? 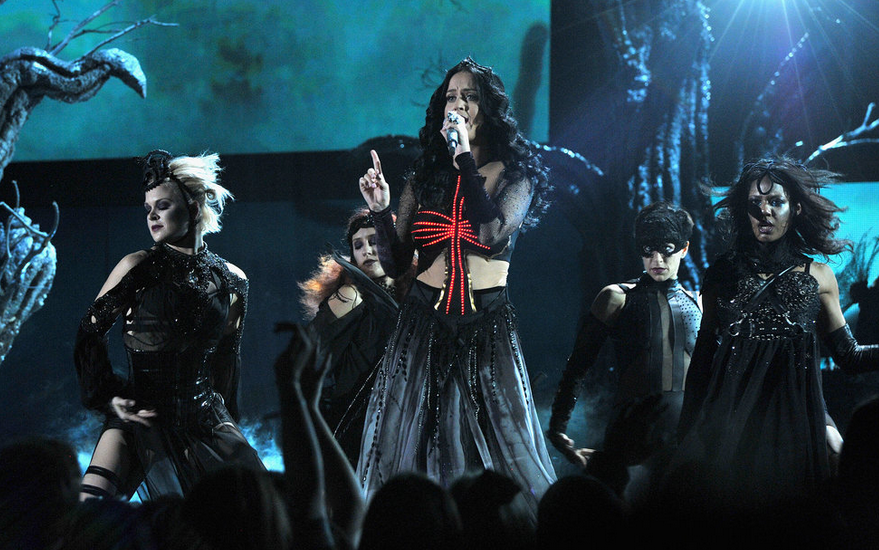 And finally, Katy Perry's, "Dark Horse." To be fair, the song is literally mesmerizing. The beat is pulsing and the words are sultry, but when I saw the performance, I actually got chills, and not the good kind. Perry stepped out of an oversized crystal ball and 15 foot tall cloaked, horned creatures descended from behind her -- then watching her momentarily use a witch's broom as her own dance pole, I felt an eery sense unease. This was't a normal performance, and I wasn't alone. Twitter soon blew up with tweets about Perry's performance, implying it was part of Devil worship or an elaborate Illuminati scheme. While I don't necessarily grasp on to these notions, it does seem strange this song released after Perry told the world she "was not a Christian" despite being raised in a pastor's home. You can read the whole interview here. At the end of the day, will the Grammy's next year miss my presence? No. And more than likely, for every one person who stops watching, five more start. But when an music awards show strays so far from music, one has to question the motives of those pulling the strings. Hopefully the Oscars in March will restore what little hope is left in award show entertainment.   Photos via: Google