Rocky Horror Picture Show, whether it be the stage production or the 1970s film, has been a cult classic for many generations. The story centers on a boring, ordinary, newly-engaged couple, Brad and Janet, who suffer a flat tire in the middle of nowhere on a stormy night. Looking for help, they stumble upon a dark castle-like home full of a remarkably strange group of people, following the lead of Dr. Frank-n-Furter (wearing heavy make-up and women’s lingerie), who is a self-described “sweet transvestite.” Brad and Janet are thus thrust into a dramatic, and hilarious, sex-obsessed world featuring dance numbers, aliens, and the reanimation of dead tissue. The Minnesota production of the show, titled ‘Transvestite Soup’ shows at the Uptown Theatre in Minneapolis, typically on the last Saturday of each month. Often synonymous with Halloween, the Rocky Horror October production is hugely popular.

Lucas Beach, a member of the Transvestite Soup Rocky Horror Cast, states: “The Halloween shows will sell out this year, as they do every Halloween.” 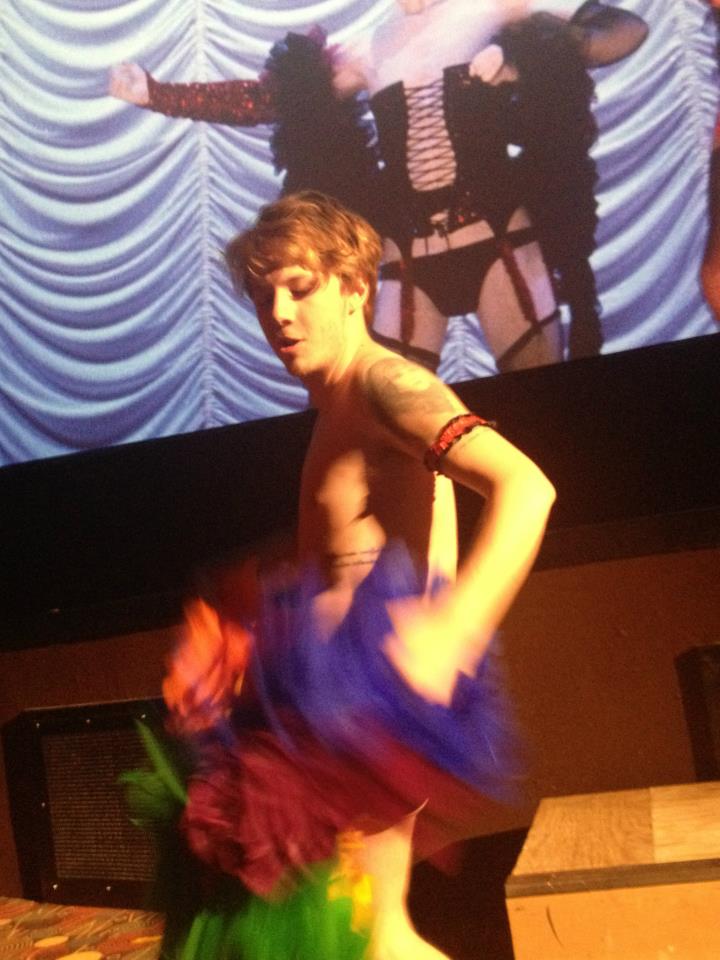 Beach starring as Rocky in the show.[/caption] So why are these shows so heavily attended and enjoyed? I turned to Beach for more information.

“The film itself is an experience, an odd one at that...” he says. “But there's nothing like seeing it live. The movie plays on the screen while a live cast acts in sync with the film, the audience shouts callbacks to the screen, throwing things like rice, toast, toilet paper, and the like... I remember the first time I saw a live show, it was like being in a dream I didn't want to wake up from.”

Beach himself is a veteran of Rocky Horror productions, having performed a musical theater version at McNally Smith in 2012 as well as being a part of the Transvestite Soup cast for two years.

“I have been coming to see the show for about five years now. When I was just a viewer in the audience years ago, it was always such a feeling of release coming to see Rocky Horror. I came out to see it every month. Every time I saw the show, it was a room full of people just letting go, getting crazy, and feeling like they can be themselves. Rocky Horror is a place where the freaks can feel like they belong. My favorite thing about being on cast now is that I get to help provide that feeling for the new people who come to see it.” 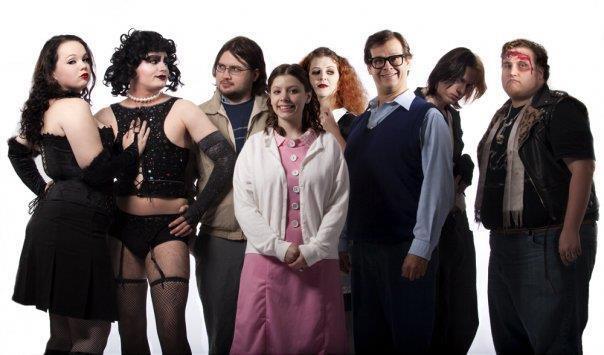 The Halloween show is particularly special, as it hosts a large costume contest that gives way to some of the most wild, creative, and sultry costumes. Many members of the audience go to great lengths to perfect some of the insane get-ups seen in the film (which stars a very young Susan Sarandon as Janet and Tim Curry as the flamboyant Dr. Frank-n-Furter).

As Beach explains, “If you've never been to Rocky Horror, the Halloween show is the one to start with. The audience is the biggest and craziest you will see all year. And this year there are two- Friday (Halloween Night) and Saturday, November 1st.”

I asked Beach about the best way to find tickets and information about participating in the show. “More information about the Transvestite Soup cast can be found on our self-titled fan page on Facebook,” he says.  “Follow the page for updates about upcoming shows. If you're looking to join the crazy train that is our cast, a simple post on the fan page is a good way to start. For tickets, pre-order on the Uptown Theatre website, and do so fast. Tickets can also be purchased at the theater.”   Photos courtesy of Lucas Beach -- Transvestite Soup Facebook Page
Tags: Theatre, Arts/Entertainment, Uptown Theatre