Last week, the Minnesota Twins won 5 out of 7 games, including a four-game sweep of the Chicago White Sox this past weekend. The Twins are above .500 for the first time this season -- now with a record of 14-12 with a win yesterday. They currently sit in third place in the American League Central Division, 3.5 games behind the Detroit Tigers. While the Twins were in the midst of their most successful week so far this season, there was plenty of shuffling around of pitchers both on and off the 15-day Disabled List. When all was said and done, 1/3 of the Twins 12-man pitching staff had been changed. I thought I’d get you caught up on the changes to the Twins pitching. The first change was right-handed reliever Casey Fien being placed on the 15-day Disabled List Thursday as a result of a sore right shoulder suffered during Wednesdays 10-7 loss to Detroit. Fien had suffered a similar injury back in early April, but the Twins didn’t DL him that time. Before going on the Disabled List, Fien had appeared in nine games, with an ERA of 4.35 with no walks and three strikeouts. To replace Fien on the 25-man-roster, the Twins recalled Right-hander Michael Tonkin from Triple-A Rochester. In eight games at Rochester, Tonkin has an ERA of 2.45 with two walks and ten strikeouts. [caption id="attachment_547692" align="aligncenter" width="512"] 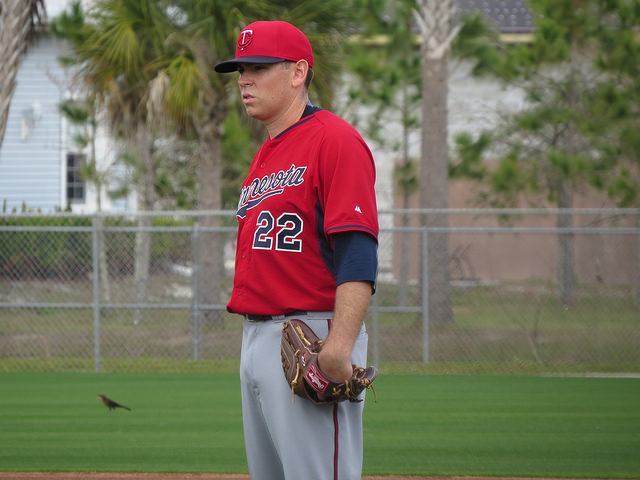 Twins reliever Tim Stauffer.[/caption] On Friday, the Twins made the second roster move of the week as they placed right-handed reliever Tim Stauffer on the 15-day Disabled List with a right intercostal strain. On the season, Stauffer has an ERA of 8.38 with six walks in eight games. According to manager Paul Molitor, Stauffer has been pitching hurt for a while which might explain his high ERA and the fact he’s not thrown as hard as he’s been capable of in the past. To replace Stauffer on the roster, the Twins recalled right-hander Ryan Pressly from Rochester. While at Rochester, Pressly pitched 10 innings with an ERA of 4.50 with 6 walks and 15 strikeouts. [caption id="attachment_547690" align="aligncenter" width="512"] 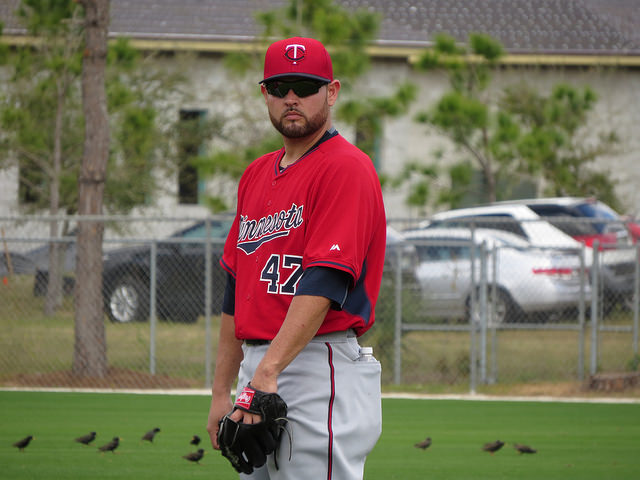 Ricky Nolasco at Twins spring workouts.[/caption] On Saturday, the Twins made two more roster moves. The first was to bring back Ricky Nolasco from the 15-day Disabled List in time to make a start against the White Sox. Nolasco had been placed on the Disabled List after his first start of the season where he gave up six runs to the Detroit Tigers in three plus innings of pitching as the result of elbow inflammation. To make room on the 25-man-roster, the Twins optioned left-handed starter Tommy Milone to Triple-A Rochester. In four starts, he pitched to an ERA of 4.76 -- his last two starts are to blame for that inflated ERA. The second roster move the Twins made on Saturday was to bring back left-handed reliever Brian Duensing from the 15-day Disabled List. Duensing had been placed on the Disabled List because of a left intercostal strain suffered earlier in the season. In his last appearance before being placed on the Disabled List, Duensing allowed two runs in 1/3 innings of pitching resulting in his ERA ballooning to 7.36 from 2.70. [caption id="attachment_547691" align="aligncenter" width="290"] 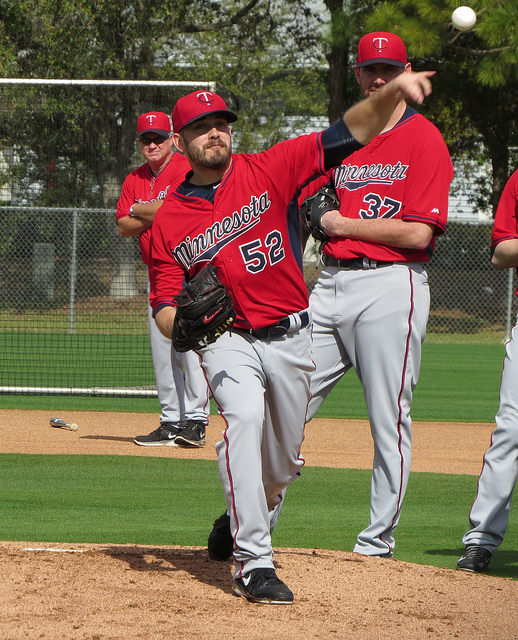 Brian Duensing warming up.[/caption] To make room on the roster, the Twins optioned out left-hander Caleb Thielbar to Rochester. Thielbar had been called up to replace Duensing when the left-hander was placed on the Disabled List. While with the Twins, Thielbar pitched five innings with an ERA of 5.40, five strikeouts and no walks. It has certainly been a busy week concerning the Twins roster. With the Twins now playing more consistent baseball, hopefully the players who were injured and are currently injured will be improved and will provide help to keep the Twins a more consistent team than they were at the beginning of the season.   Photos courtesy of: Minnesota Twins -- BeGreen90
Tags: Sports, Minnesota Twins, Paul Molitor, Ricky Nolasco