'Ultimate Dinosaurs' at the Science Museum of Minnesota 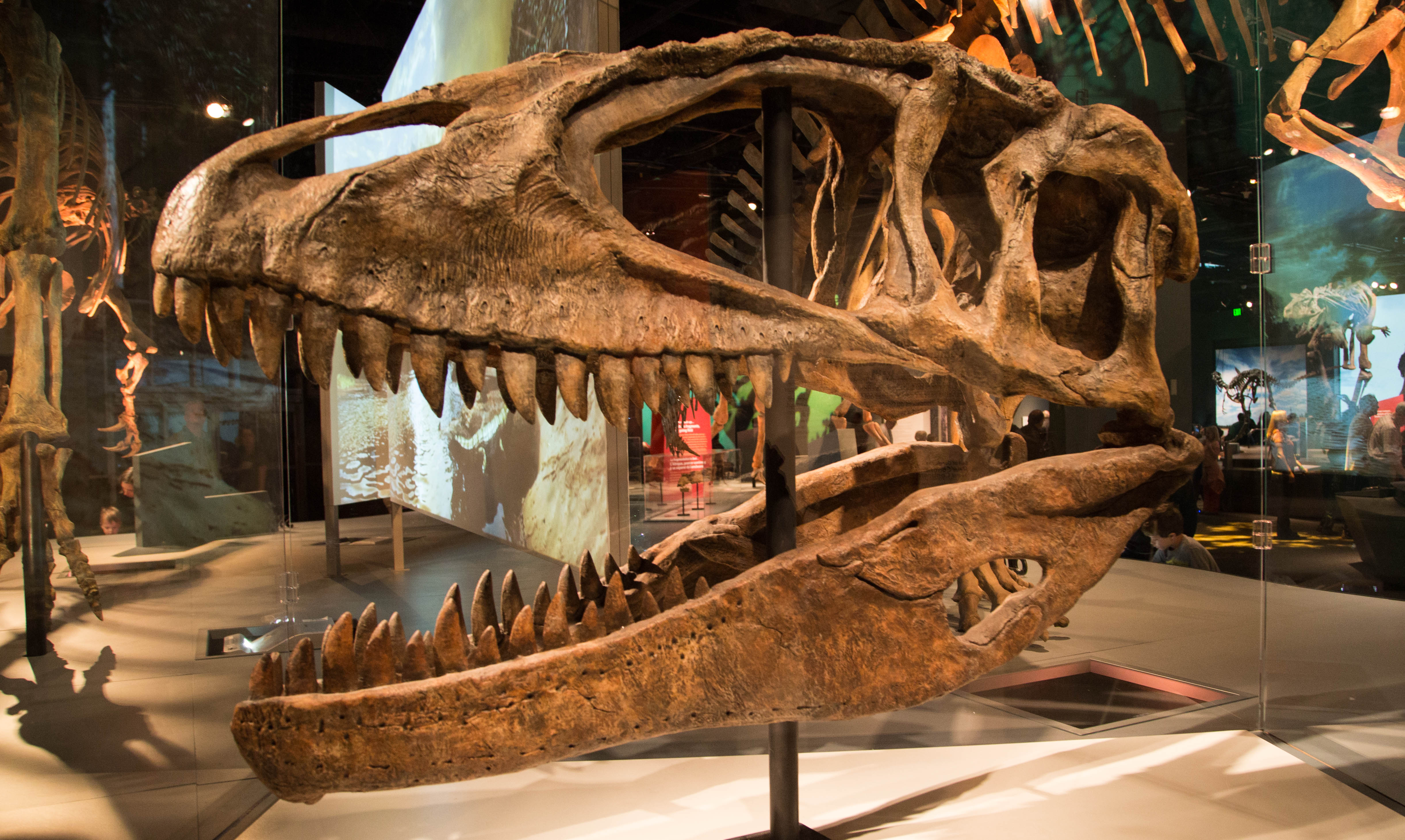 My mother, wife and I had been hankering to get to the Science Museum lately to check out the Ultimate Dinosaurs exhibit there -- a few weeks back we made a trek to St. Paul and checked out the Ultimate Dinosaurs exhibit as well as the Omnitheater showing Dinosaurs Alive!. I enjoyed pieces of what the exhibit had to display, but if I had to give an overall impression, I'd say Ultimate Dinosaurs was a bit underwhelming. First, we sat through the Omnitheater showing. From an informational standpoint, and the experience of seeing the film on a massive screen, Dinosaurs Alive! was very rewarding. I learned quite a bit about dinosaurs, those who excavate them from the Earth, and everything in between. It was fascinating to see how far these paleontologists will travel to search for dinosaur fossils and how well they can spot clues on the surface which lead to fossils below ground. And, if you like Michael Douglas' voice, then you're in for a treat as he acts as narrator. 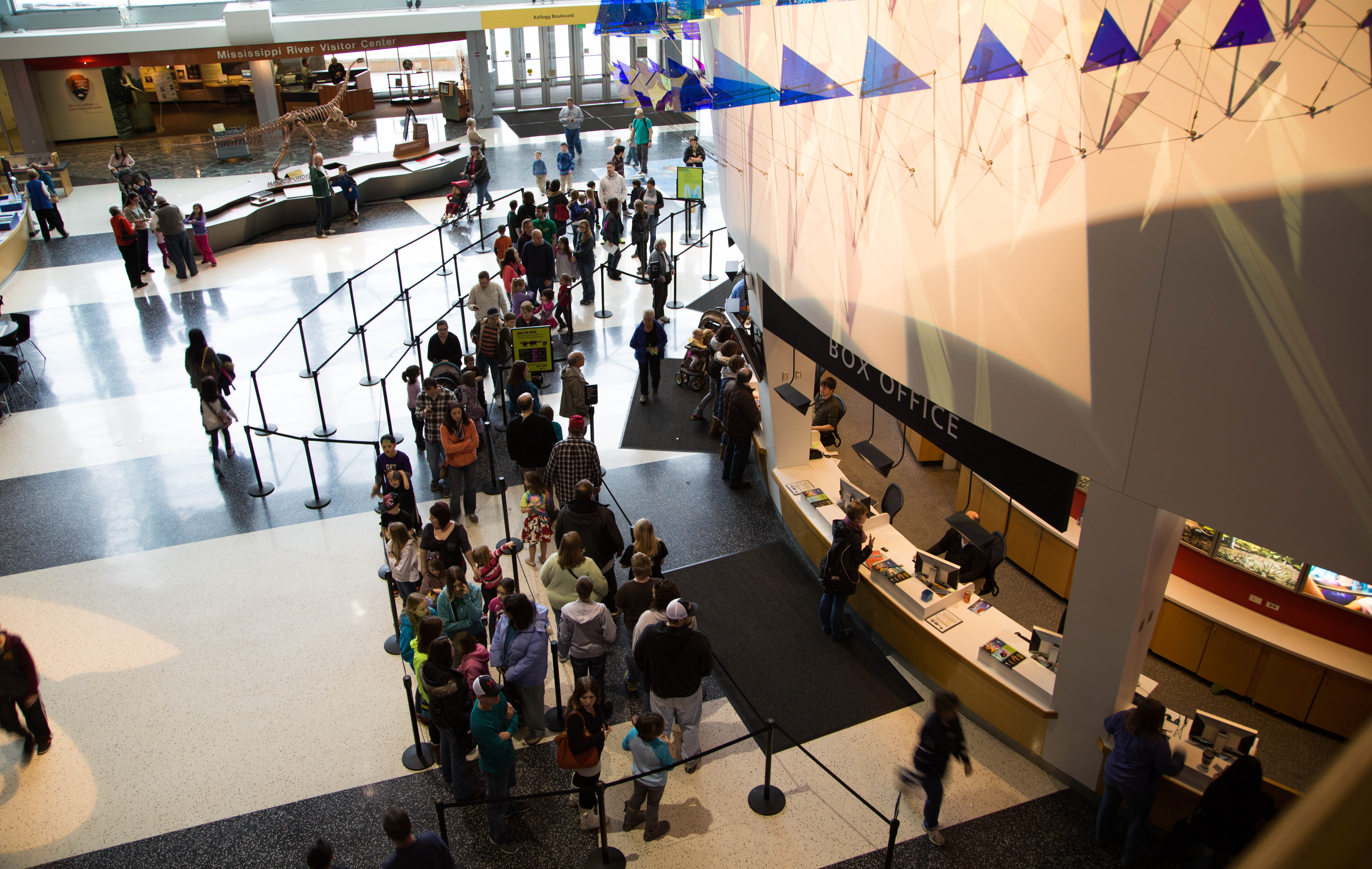 Despite the good information during the Omnitheater screening, the film, from a technical standpoint (I have been moonlighting as a film critic for five years, I can't turn my critical eye off) had to be one of the worst Omintheater productions I've seen at the museum. The showing had all these (über) campy dinosaur animations that would make Walt Disney spin in his grave. The animations were meant to give the viewer some perspective on how the dinosaurs lived -- I could never leave the thought of just how laughably awful these creatures looked and moved. And the Science Museum is boasting about the animation like this:

"Thanks to amazingly realistic computer animation..."

"Amazingly realistic" is literally the absolute last way I would describe this effort. A Land Before Time animated dinosaurs better than Dinosaurs Alive!, and that was made in 1988. 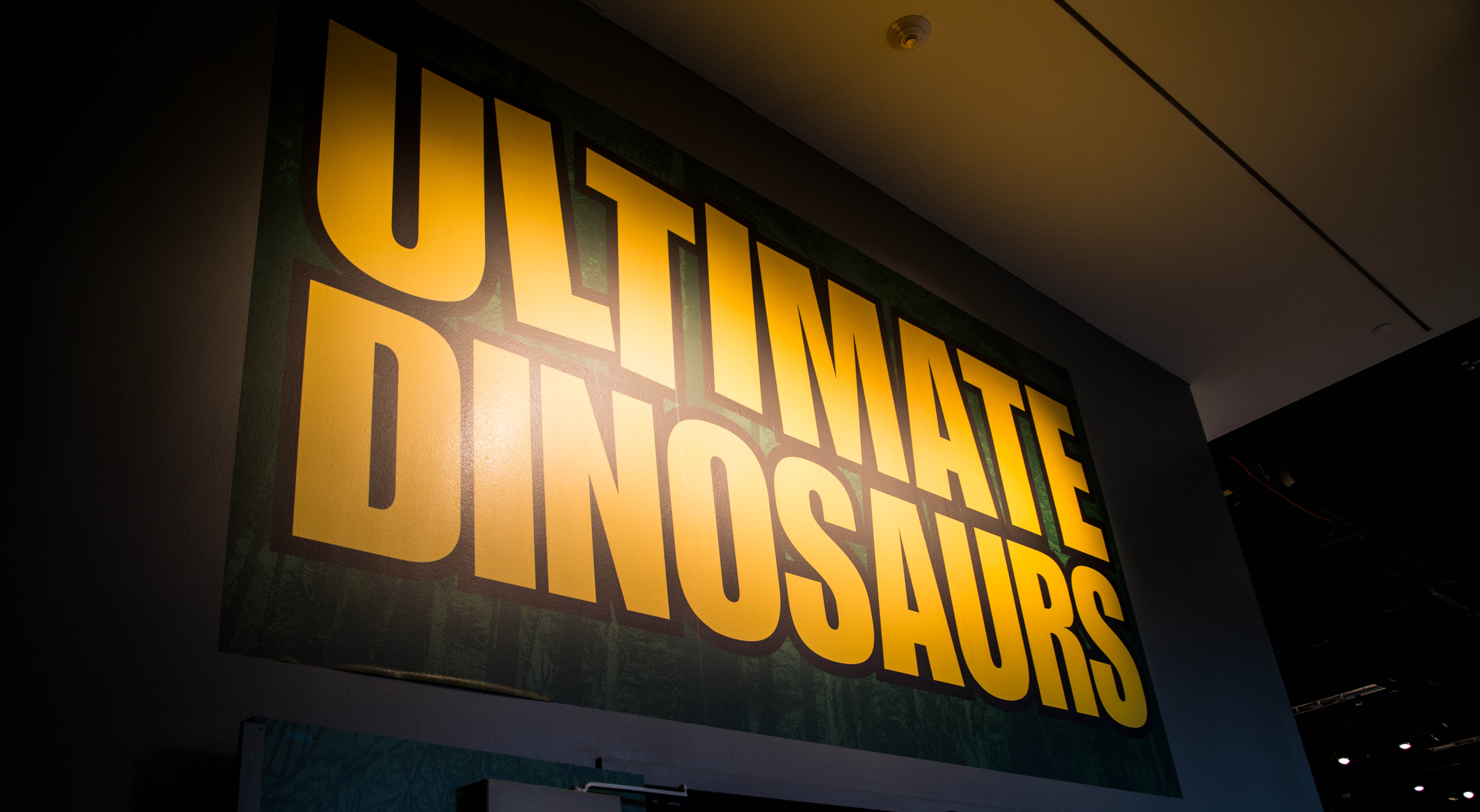 On top of that, the film staged tons of shots for the film while pretending to be a documentary. Never was this more present than when actual paleontologists were "naturally searching" for fossils in the desert landscapes and talking with one another. Any person who has seen a play, a movie, a commercial, or even a daytime soap opera will cringe as these very smart people deliver (most likely fed) dialogue as they go about their business. The filmmakers also asked the paleontologists to deliver voice-over narration, which was flat and uninspired. If you ever want to find appreciation for what actors do, watch Dinosaurs Alive! at the Omintheater to see how bad acting can be. But like I said, this is me judging this film for its technical merits, not simply the information it delivers or the big screen it's exhibited on. 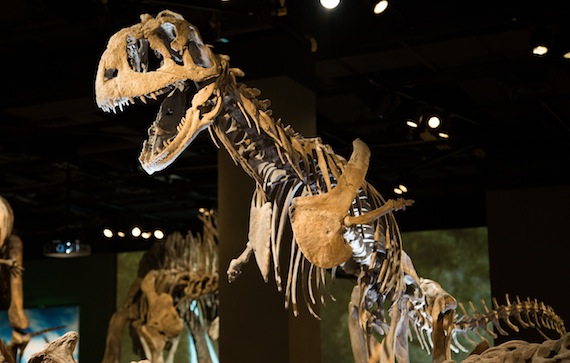 The Ultimate Dinosaurs exhibit itself was hit and miss as well -- the highlight for me was seeing all the dinosaur skeletons standing upright. However, most, if not all the bones were fabricated by humans -- real fossils are too valuable (and complete skeletons are difficult to find) to travel like a carnival. These complete dinosaur fossils are different than the tenured dinosaurs on the bottom level on the Science Museum -- this exhibit focuses a lot on the upright, small armed dinosaurs. This exhibit has a theme of the evolution of the dinosaurs, from smaller forms to their much larger and evolved counterparts. The dinosaurs were not only displayed with purpose, but they were also lit with plenty of colored accent lights to make them look even more menacing. 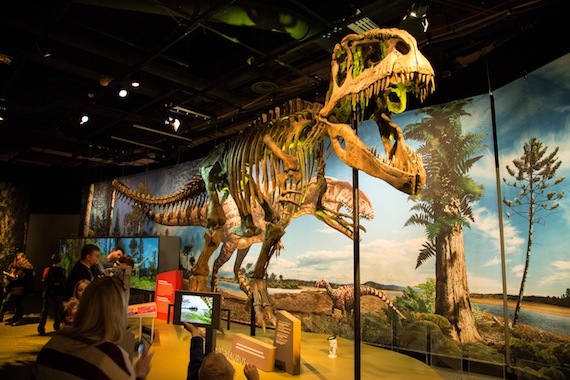 One of the coolest pieces of the exhibit was actual dinosaur bone visitors could touch. I reveled at the experience of being able to touch the actual dinosaur fossil on display -- though only a tiny fragment of bone, it was a bit chilling to touch something so old that used to reside within the body of an actual dinosaur. 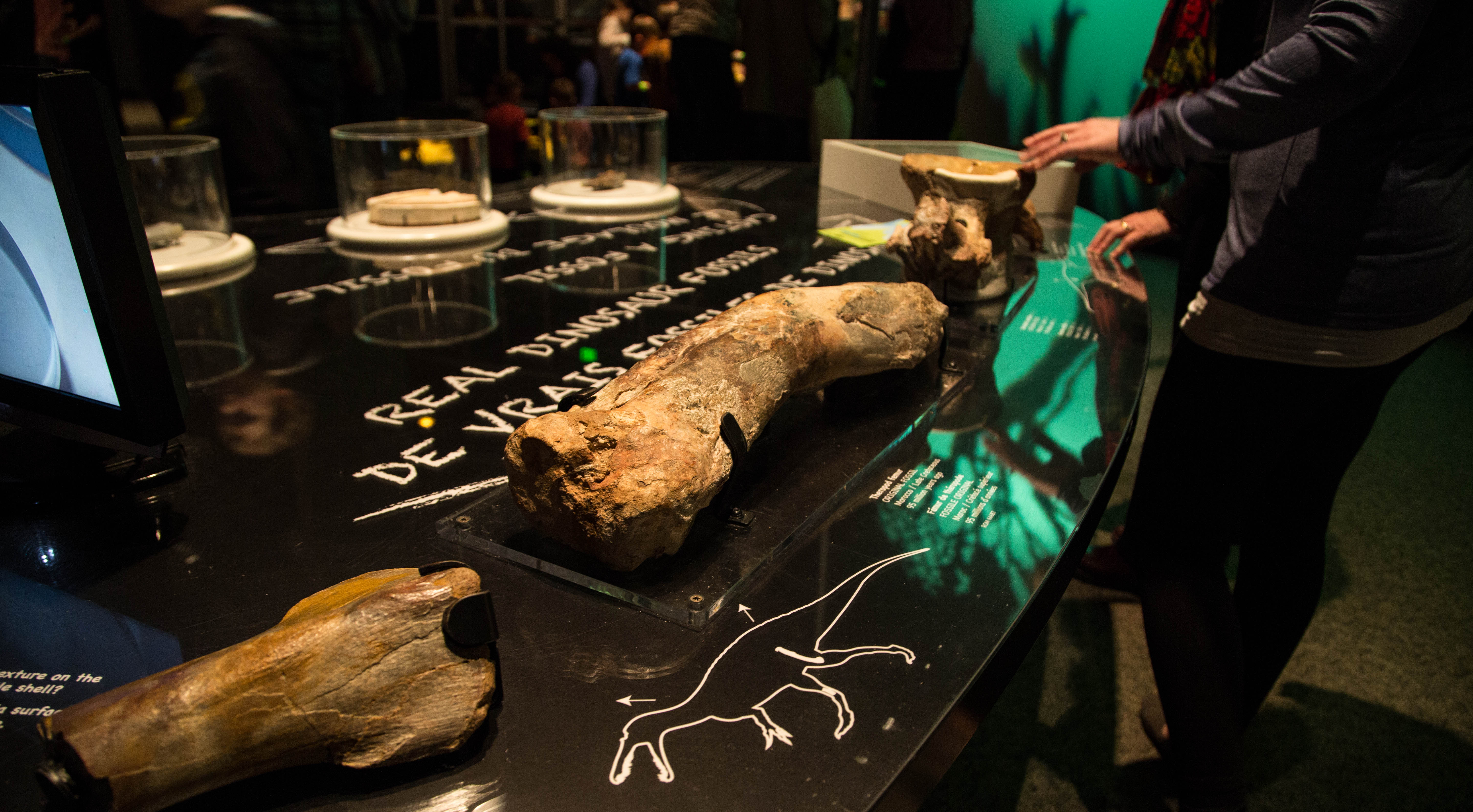 The walls were filled with excellent information about the specific dinosaurs displayed, the Earth's moving crust, the evolution of the dinosaur species, and many other "millions of years ago facts." There were also some great museum helpers along the way, whether they were answering our questions or simply helping kids assemble wooden dinosaur fossil kits. 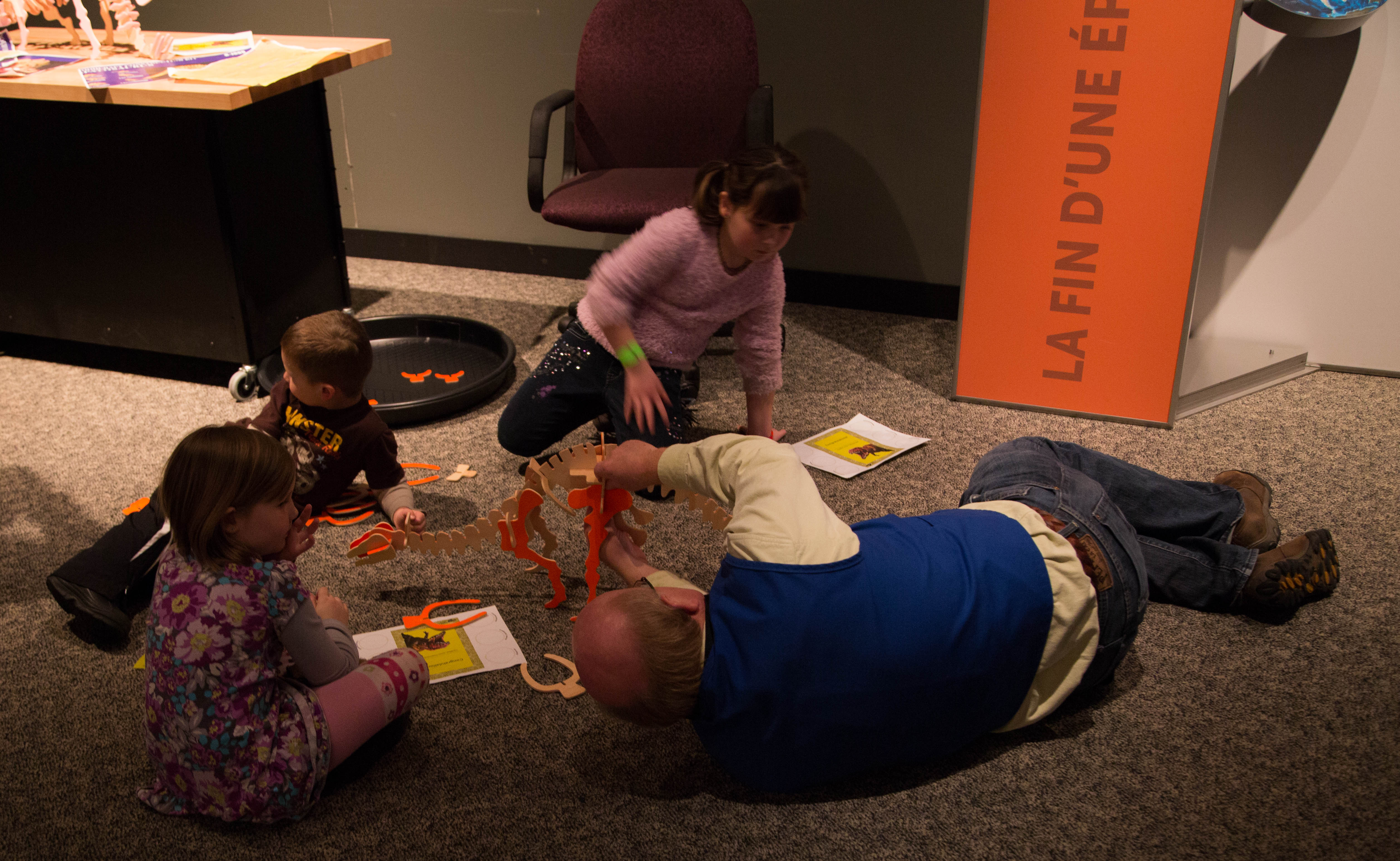 One of the huge negatives from this exhibit was how overly packed it was -- we went during a Spring Break week, which obviously led to the larger crowd. But within the exhibit, there is one long procession of dinosaur fossils shortly after you walk in -- at this junction, a long, long line developed waiting for a chance to walk down to see all the steadily evolving dinosaurs. With each new dinosaur specimen came plenty of information and an interactive bit via a touchscreen display. But with the huge line, I always felt rushed to keep moving through before ever really getting a chance to soak it all in. And sometimes there is that annoying kid in front of you, wasting time, simply pushing buttons, then you feel even more rushed because of those waiting for you and the mischievous kid.

The flow of the exhibit got much better towards the end as people spread out a bit more throughout the exhibit. I had a lot more time to read and react without a huge line behind me. 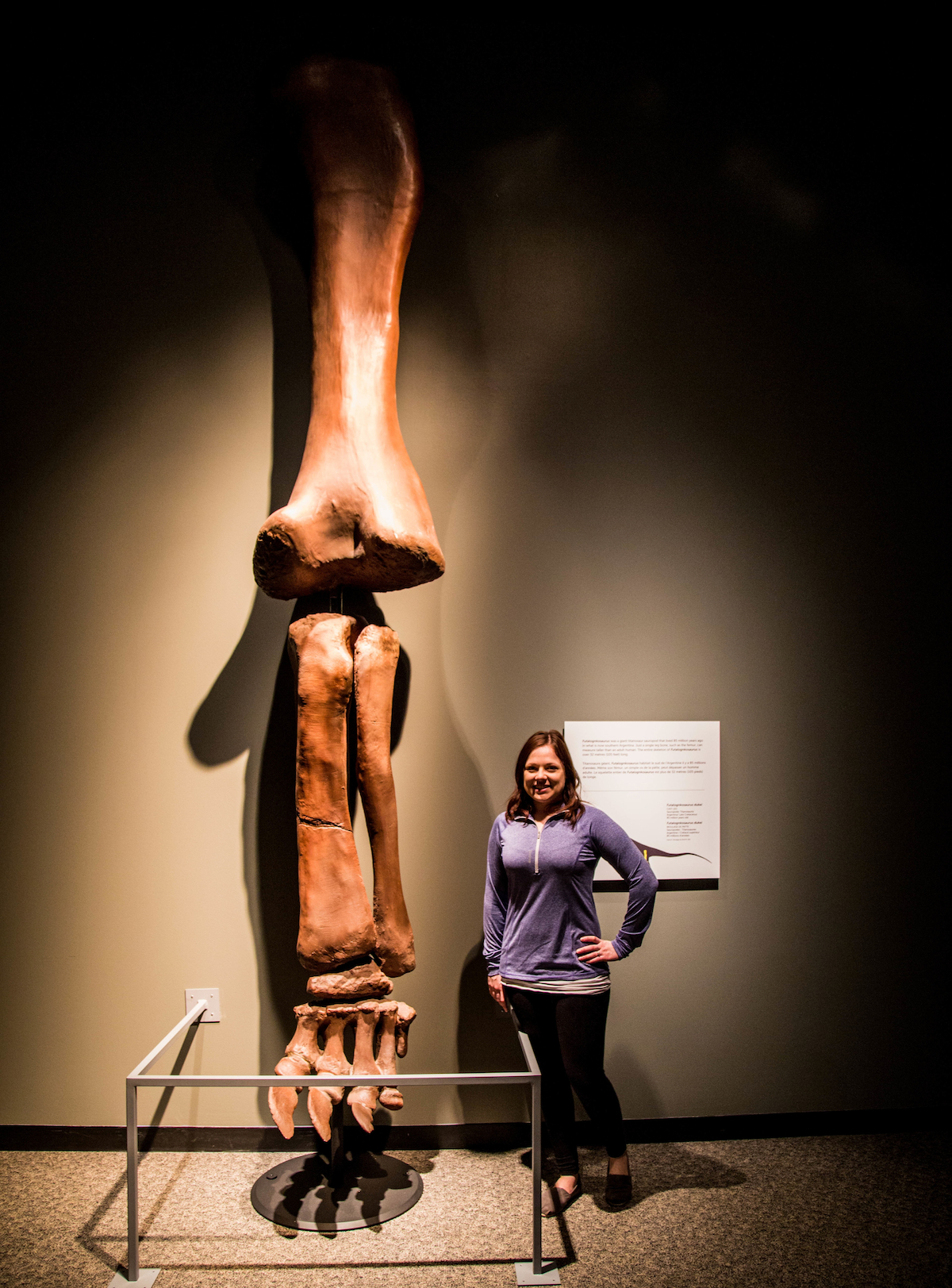 As for rating this exhibit compared to Science Museum exhibits of the past, I'd have to say this one was a bit underwhelming to claim to be "Ultimate Dinosaurs." The pirates exhibit two years ago was my last experience, and that was fantastic to say the least. I enjoyed seeing the fossils stand tall and all the great nuggets of information -- but the experience didn't feel all that rewarding. I definitely was disappointed by most of the Omnitheater presentation -- though I found some parts redeeming, I cannot recommend visitors see this presentation. But if I was you, listening to me, I'd probably disregard the warning and see it anyway. You never know until you see it for yourself right? Ultimate Dinosaurs runs at the Science Museum of Minnesota through August 24, 2014. Click here for more information.   Photos by: Matthew Deery