Understanding Quantitative Easing and the Risks to Our Economy 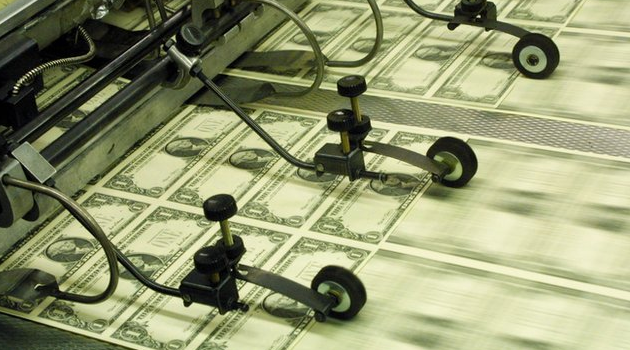 The bursting of the housing bubble in 2007 and the proceeding financial crisis drove the US economy into the worst downturn since the Great Depression. The Great Recession, which lasted from December 2007 through June 2009 (this's what the National Bureau of Economic Research tells us, anyway), brought on the creation of new and unprecedented monetary policies by the American central banking overlord, the Federal Reserve. The most scrutinized of these new programs is the Fed’s asset purchasing program known as “Quantitative Easing” or simply, QE. Well, what in the world is QE and what is it meant to accomplish? Has it been successful? What does it mean for Minnesotan’s and Americans alike? Let’s take a look at these questions and see if more sense can be made out of this complex topic… Put simply, the goal of QE is to spur borrowing, investment, and the spending of money by consumers (i.e. individuals, business’, and local/state governments). In order for this to take place the Fed creates money (literally, at the push of a button) to purchase assets, such as treasury bonds and mortgage backed securities, from banking institutions in hope that these banks will lend out the new cash at low interest rates. If all goes well, the newly created money will be spent, increasing consumption, investment, consumer demand, and job creation -- a boost in the economy. The first round of QE began in October of 2009 and has since been stopped, started again, stopped again, and then subsequently reinstalled for a third time, which is still ongoing present day. With all this new money being injected into the economy, there are sure to be some measurable effects. Let’s check out some key economic forecasting variables and how they have changed so far. 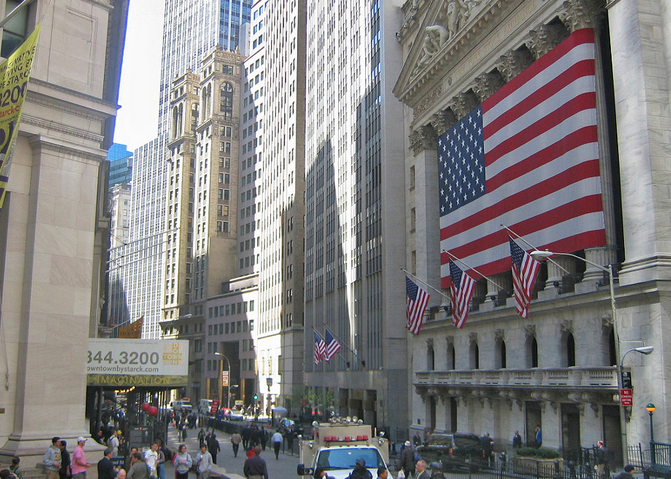 Wall Street has rebounded quite nicely since the implementation of QE (keep in mind that correlation does not always mean causation). From 10/01/2009 – 8/01/2013 the Dow Jones Industrial Average (DJIA) grew from approximately $9,712 to $15,425, a change of nearly 60%. In fact, the DJIA has grown 15% in 2013 alone and hit an all-time high of $15,460 in July. The housing market has also shown some signs of growth. According to Zillow.com, the median housing value in Minnesota (the value that lies exactly in the middle of all home values in the state) has risen to $167,500, 9.2% higher from where it was last year at this time. In particular, the Twin Cities have experienced some of the best growth rates in the state year-over-year; Saint Paul is up 24.6% while Minneapolis has progressed 17.7%. These upward trends are being experienced around the country. The national unemployment rate and the Gross Domestic Product (GDP) have not fared as well. While the unemployment level has dropped 2.6% since October of 2009, it still remains stubbornly high at 7.4%. The GDP meanwhile, has grown at an average rate of 2.1% a year between 2010 and 2012 -- hardly a robust recovery. It is clear that our analysis has shown mixed results, so what is really going on here? Has QE been the sole driver of these positive economic trends, and if so, is it real growth or unstable, manufactured price inflation? Has the economy begun to rebound in spite of QE? Or is it a combination of a natural recovery alongside QE? My inclination is that the former, unstable/manufactured growth, is what is occurring today. Let’s discuss this further. Many economists argue that Wall Street is experiencing wild speculation and price inflation via easy money from the Fed. You may be asking yourself, “What the heck does that mean?” If you are, I am completely sympathetic -- monetary policy is about as exciting as watching paint dry -- but I’ll do my best to explain their take on the matter. As we discussed earlier, QE is basically “printed” money that is used to buy assets from banks which in turn, creates demand and investment when the banks lend out the cash. Now, consider that the Federal Reserve buys a lot of these assets from very large banking institutions -- JP Morgan & Chase, Goldman Sacs, etc. to name a few -- all of which whom do a lot of business with investors, including investors on Wall Street. Having privy to this new money at the bank, large individual investors, particularly Wall Street speculators, get easy access to the money first and at very low rates of interest. They then take their cheaply borrowed money and invest it the stock market. 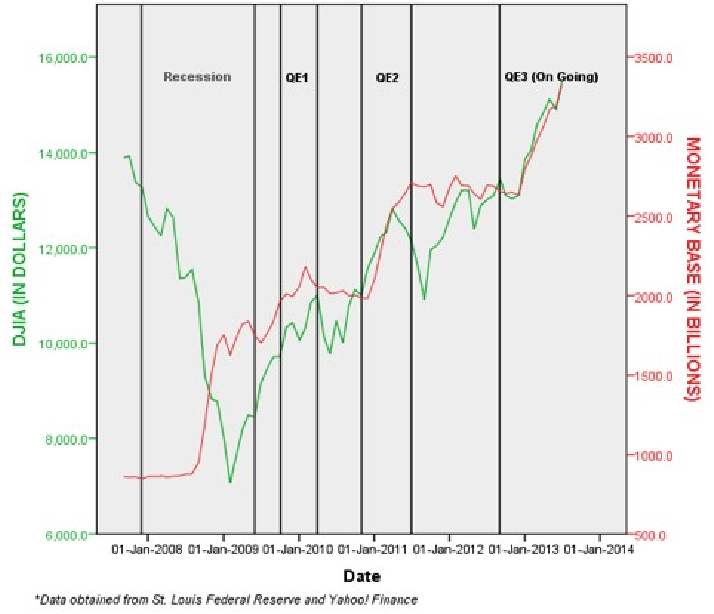 This phenomenon is known as price inflation and is particularly dangerous because it represents manufactured growth that is unstable and misleading. A robust stock market gives a sense of security to the average American in which they may conclude that since their stocks are growing and the stock market as a whole is booming, they can take on additional financial risk. The American investor may decide to make further investments in a new home, car, RV, or even the stock market, taking on new debt to pay for them -- this is all built on the belief that their investments in the stock market represent real and sustainable wealth. What will happen when the Fed turns off the easy money spigot?  Will the stock market hold up or will it collapse as the housing market did in 2008, creating an all-new financial crisis? The recent growth in the housing market isn’t as easily attributable to the actions of the Fed, but that is not to say they are completely free of responsibility. Fed programs such as QE have aimed to keep long term interest rates low and mortgage rates are invariably tied to such. In particular, a branch program of QE called “Operation Twist” targeted and aimed to further lower long-term interest rates. The program was ended in December of 2012, which is right around the time 30 year fixed mortgage rates began to rise. While this is not clear-cut evidence that QE was responsible for the realities of the housing market, it is very interesting. Only time will tell if this recent growth is real or just another function of easy money. 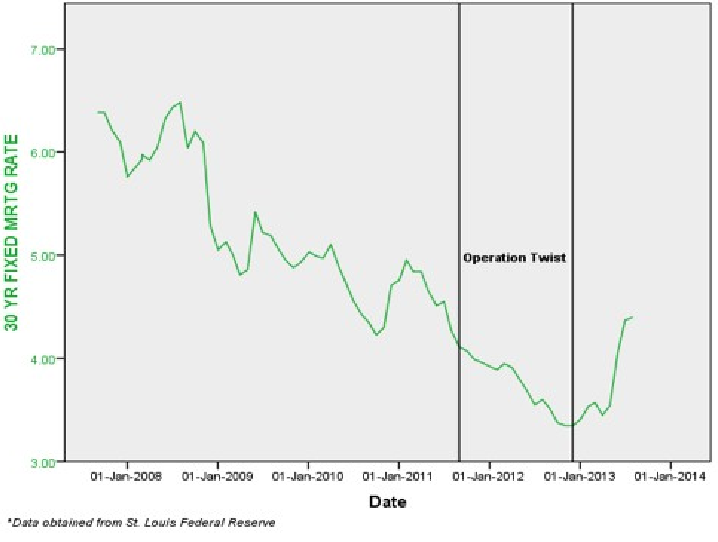 While the Federal Reserve’s actions have eased credit markets and created an environment conducive to lending, the benefits of the programs have yet to prove that they outweigh the risk. The possibility of a bubble forming on Wall Street runs the threat of returning the US economy to another recession, or worse, a depression. Also, the creation of all this new money runs the risk of high levels of price inflation, which is already evident in the rising prices of food, gas, and energy. We are living in an era of unprecedented actions in monetary policy and only time will tell what these programs will bring. These dangers brought on by current monetary policy are very real, and while we all hope and pray they do not occur, we need to be proactive in our attempts to assure these threats do not occur again. But how? Well, the first important step is to shine a bright light onto the inner workings of the Federal Reserve, in other words, a full and complete audit of the entire institution. From there, Americans and policy makers need to decide what to do... Do we restrict Fed powers by changing their legislative mandates? Do we back our currency with a type of precious medal, such as gold, which would restrict the money creating process? Or do we end the institution completely and return monetary policies to Congress circa 1913 and according to Article I, Section 8 of the US Constitution?  Lastly, we must ask on what type of foundation do we want to build our economy -- what would create the most sustainable and healthy economic environment? Currently, our economy is built on the stilts of spending and debt. We need to consider moving away from this and towards a foundation of savings and investment. Through this the US economy can grow strong and efficient, and without the booms and busts that created this entire dilemma in the first place.
Tags: Federal Reserve, Housing Bubble, Politics, Quantitative Easing