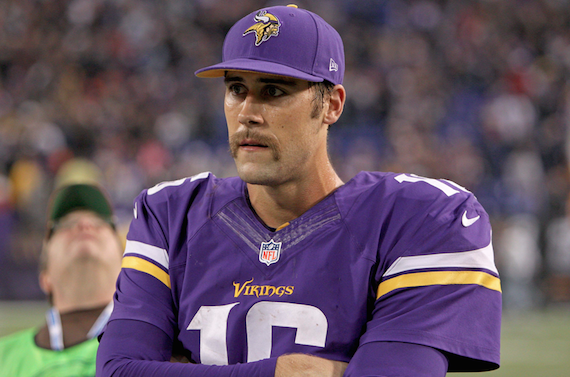 Matt Cassel will likely start the 2014 season right where he left last season: as the starting quarterback of the Minnesota Vikings. According to a report from TwinCities.com:

Cassel agreed Friday to terms on a two-year deal to remain with Minnesota. Although the Vikings have not announced the move, a source said they can do so before Tuesday because Cassel is not considered a traditional unrestricted free agent due to having opted out of a deal. The report stated Cassel's contract is worth $10 million. If that is the case, Cassel's deal will be about $1.3 million more for next season than if he had not opted out of a contract last month that would have paid him $3.7 million for 2014. In other words, his plan was a wise business move.

Although certain Vikings' players (Adrian Peterson) made a push for other free-agent quarterbacks (Michael Vick), keeping Cassel was high on the priority list for the Vikings. It looks as though the Vikings have settled on their starting quarterback for 2014. One less thing to worry about, Vikings fans.   Photo via: Google
Tags: football, Matt Cassel, Minnesota Vikings, quarterback, Sports