What Languages Do Americans Speak? 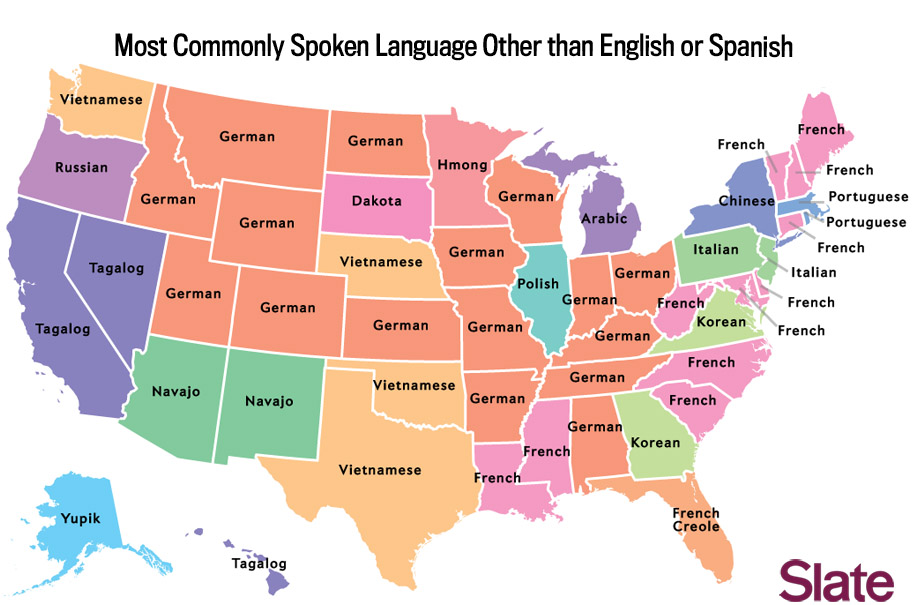 While it is pretty obvious English and Spanish dominate the landscape of spoken American languages, it's interesting to know what other languages frequent our country. Mr. Ben Blatt, working for Slate, published two maps showing just that. Minnesota holds a unique place on that second map by being the only one with Hmong as their non-English, non-Spanish champion. This information was gathered by Blatt from the data collected by the Census Bureau's American Community Survey. And there are even more maps than just those on the Slate website   Image via: Slate.com
Tags: American Languages, News