What We Should Learn From the Dinkytown Riots 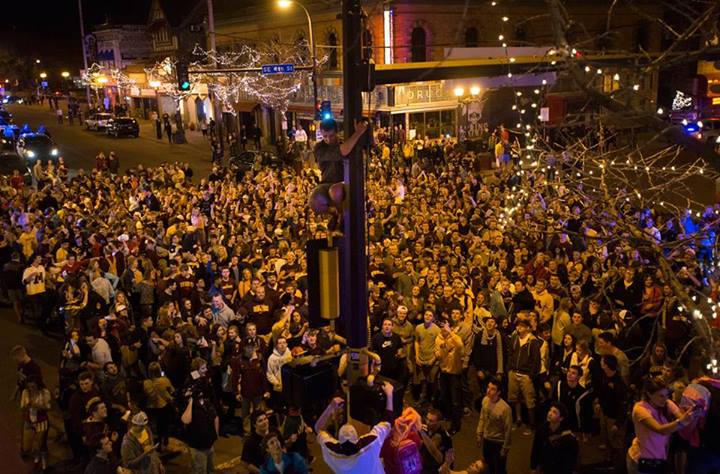 I consider myself to be a true Minnesotan through and through. I like to fish, I like to snowmobile, I like to camp, and I love all things hockey. Hockey season is November to April, and in that time that’s the only thing that matters.

With the University of Minnesota as my alma mater, I love the Gophers, and with Duluth as my hometown, I have a soft spot for the Bulldogs. I hate the Sioux. I hate the Badgers. But the events of last Thursday and Saturday have left a bad taste in my mouth and a phrase in my mind that I never thought would be there. I hate to even type the words on this page. But in all reality, folks, it’s just a game. It’s just a sport. It’s just hockey.

Some might cry foul at that statement, but I wonder if the 29 people arrested over the course of those two nights still believe their participation in this disgusting display of fan behavior was really worth it. I wonder if the people whose personal property was destroyed also see the necessity of an all-out rampage whether the home team wins or loses. What about those who saw the business end of pepper spray or a rubber bullet? 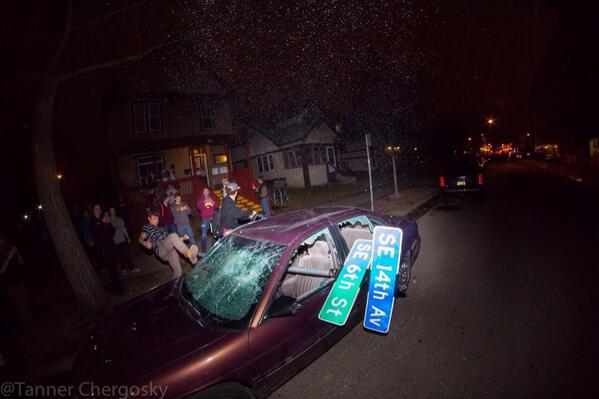 What so many students fail to understand is that when they wear the colors maroon and gold, when they proudly display Goldy Gopher or the ‘M’ on their chest, they represent the university. It is easy to feel lost in an institution 50,000 students deep, and it is easy to think that your personal actions don’t matter. But in all reality, they do. Even though it was only a small fraction of the university population that took part in the riots, it was enough. It was enough to tarnish an otherwise successful season for the Gopher Men’s Hockey Team, and it was enough to cast a stain on the University of Minnesota’s reputation. I remember a similar scene when I was a freshman at the U during Spring Jam in 2009. Rioters had taken to setting fires on the streets of residential neighborhoods, flipping parked vehicles, and throwing glass bottles. I witnessed the scene, and I remember feeling a sense of embarrassment equal to the one I feel now. 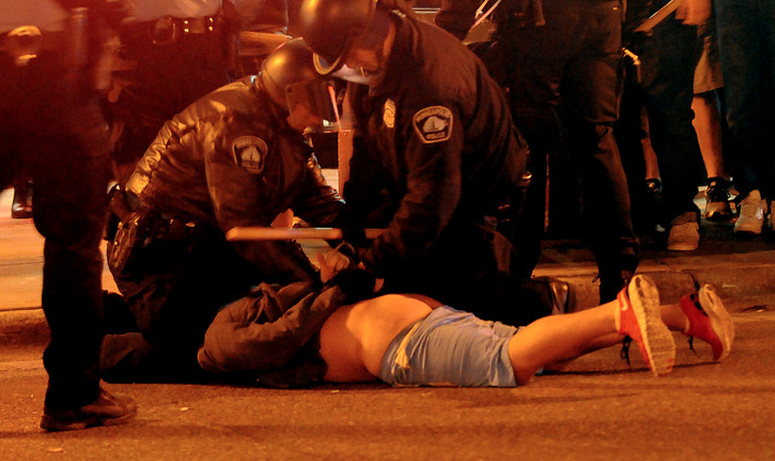 I’m not exactly sure when rioting became “cool,” or when it became an “event” that people go to like a concert or a movie. I don’t understand how destroying property and endangering lives while under the influence of some liquid courage became just another commonplace item to check off the list entitled “Typical, Everyday College Experience.” But who knows, maybe I was never your typical college student. Or maybe now that I am two years removed from my undergrad experience, I’m just old. With Spring Jam right around the corner, hopefully students at the U can keep things quiet and under control for a while. Let’s just chalk these last few days up to a crowd of excitable young kids who can’t quite hold their liquor. It’s time to move forward and hope that any further attention directed at the Gophers is of the positive variety. And in the future, I implore you, students and all, to remember: it’s just a game. It’s just a sport. It’s just hockey.   Photos via: The Minnesota Daily (Bridget Bennett) -- Tanner Chergosky -- Pioneer Press (Sherri LaRose-Chiglo)
Tags: Local Happenings, Riots, University of Minnesota