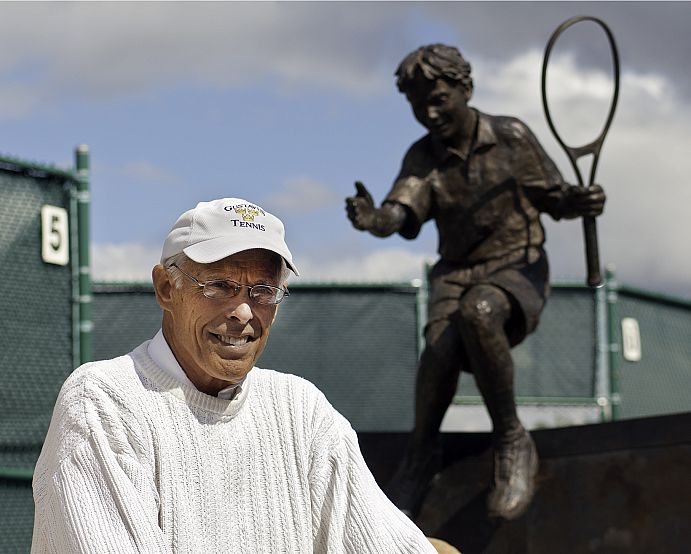 The team understood that Grambling was a primarily black school and I’m sure that jangled the nerves of some on our lily white roster. After all, just two days before, we played South Arkansas State University. When my teammates and I entered the cafeteria, we were stunned to see that it was unofficially segregated. Blacks at tables on one side and whites on the other (we ignored the practice). So what type of cultural shock would we encounter at Grambling?

An hour later we were rattling along rural roads crowded by oak, pine and sugar maple.  Seemingly in the middle of nowhere, small farms, ramshackle houses and an occasional bayou flew by. It started to feel like any other match. We played someone everyday on this ten-day barnstorming tour of Arkansas and Louisiana. By the end of the day, it was a whole different story. We would ride an emotional roller coaster that bisected history, careened through 1970s race relations and brushed against Hollywood fame.

The Grambling campus seemed a bit sleepy. It was surrounded by white–columned antebellum buildings and there was barely a trickle of students walking to classes. When we found the tennis complex, it was odd that no one was practicing. We were directed to the athletics building and stunned to meet the tennis coach — football legend Eddie Robinson. He was the tennis coach too. When we asked: What time is the match?” He replied: “What match? We have Gustavus scheduled for next week. This is spring break.” 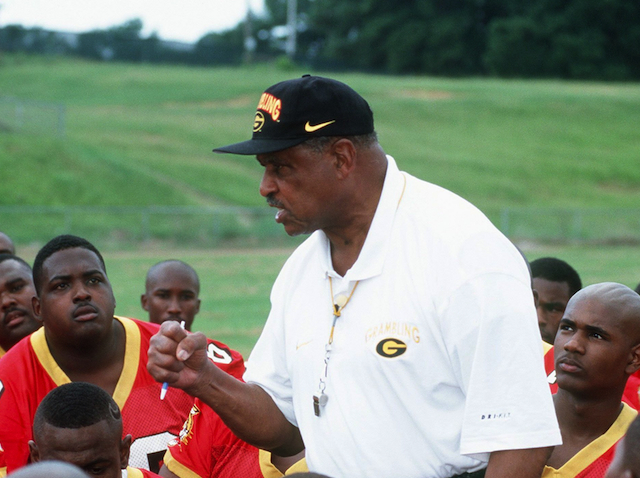 Oops! Now what? We quickly learned about the values that made Coach Robinson one of the winningest coaches of all time. He wasn’t even fazed. He made a phone call to one of the tennis team leaders and then lavished us with warm, charming southern hospitality.  He confided that many non-conference teams would not schedule Grambling and was particularly impressed that Steve Wilkinson contacted him and was willing to travel there.

Coach Robinson introduced himself to each Gustavus player and then called over one of his visiting alumni — a starting defensive back for the Green Bay Packers. As we walked down the hallway, it was dotted with photos of his NFL players such as Willie Brown, Buck Buchanon and Charlie Joiner, all of them NFL Hall of Famers.

Two or three Grambling tennis players reported to Coach Robinson. It was still very much in doubt that we would play a match so one player escorted us to the bookstore while another was animated and went tearing off to his dorm. A few minutes later, he arrived with a white athlete in tow. And his teammates were particularly excited — their friend was the only white boy at Grambling! Our groups traded stories and laughed at the distinct differences in our collegiate experiences. 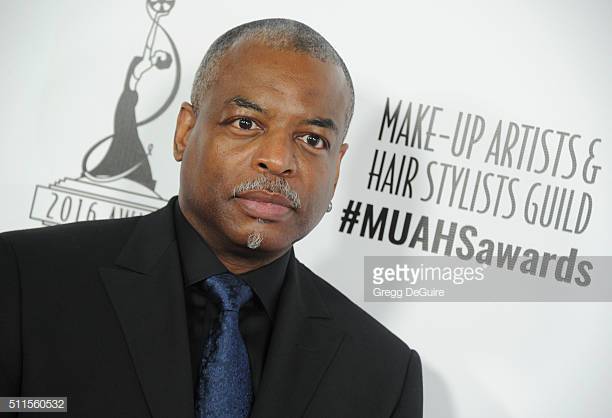 Over the next hour, more Grambling players came out of the woodwork and we appreciated the time connecting with our opponents. Maybe it was a case of opposites attracting? At our Swedish school in the Eighties, we would have had to scramble to locate a black student; and their campus was the polar opposite, where the white athlete was a near-celebrity on campus.

As we made our way to the tennis courts, the ironies increased. Robinson stopped another passerby: a short, sharply-dressed black businessman. He sure looked familiar. Coach Robinson proudly presented actor LeVar Burton, fresh from national acclaim for his killer performance in Roots. (He would later excel in Star Trek: The Next Generation.)

Burton explained that he was on campus to research his role in an upcoming motion picture, Grambling White Tiger. We chuckled because didn't we just meet another Grambling white tiger?

The movie would chronicle the true experiences of Grambling’s first white student -- quarterback Jim Gregory. Gregory arrived at Grambling during the tumultuous civil rights period of the late Sixties. His role would be played by Bruce Jenner (now Caitlyn) and Burton was playing the quarterback’s best friend. Robinson may have been enthusiastic because he was going to be played by the suave and debonair Harry Belafonte.

Later that afternoon Grambling was able to cobble together a roster. It wasn’t the Gustie's finest hour as we fell 6-3 to the team that didn’t even know they were playing that day. I spoke with my Gustie teammate Dave Dunnigan about the match just two weeks ago on February 16. He said: “I didn't like losing, and I don't remember my singles match at all. However, it was a rewarding day and I'm glad that I got to experience Grambling and play on their campus. When we left I felt that there was mutual respect from both teams.  Coach Robinson definitely helped evoke that feeling.”

As we made our way back to the van, we were taunted by some students in a nearby dormitory tower. The building had louvered windows so you could not see who was yelling. Again, Coach Robinson came to the rescue. He walked up to the base of the dormitory and announced: “If I hear another word from you fellas, there is going to be hell to pay.”

And of course, there wasn’t another sound.

Wow, that match was 40 years ago now.  Even through the blur of time, it may have been the most memorable of my season. Fate must have a good sense of humor. A botched tennis match linked two of the most prominent college coaches of all time. And as a result, our vagabond squad experienced unforgettable moments of cultural understanding and the unique opportunity to spend time with Eddie Robinson (and LeVar Burton).

For their parts, Wilkinson and Robinson were well on their way, emblazoning their places in sports history. “Wilk” was inducted into the United States Professional Tennis Association’s Hall of Fame and the ITA Men’s Collegiate Tennis Hall of Fame. His 929 wins still stand as the most in the history of NCAA tennis. Here is a photo of the statue erected at Gustavus commemorating his 35th anniversary at the school. And if you are interested in learning more about his career and unique philosophy –-his memoir Let Love Serve is a great read available at Amazon.

Robinson is honored by more than just a statue at Grambling. The school built an 18,000-foot museum to articulate and honor his many accomplishments. The football stadium bears his name as well. During his 57 year Grambling tenure, he placed an amazing 200 players in the NFL. Along the way he broke the legendary Bear Bryant’s record for the most wins in college football history and even today ranks third in all time victories. Coach was inducted into the College Football Hall of Fame in 1997.