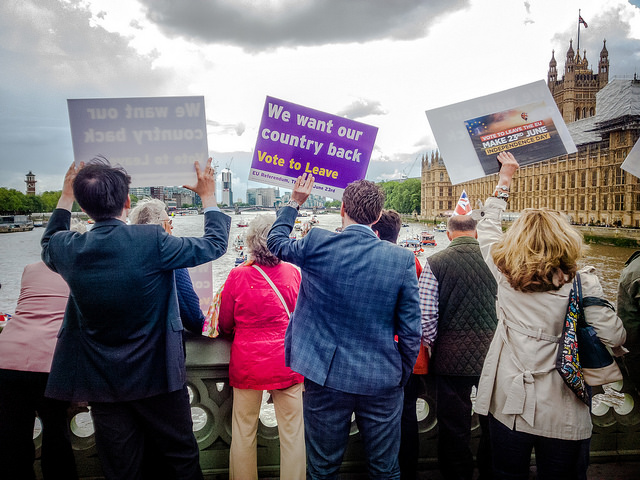 Financial and stock market focused media has exerted the lion's share of American ink on the Brexit topic. This is mostly because if the UK chooses to leave the EU it would come as an unprecedented development, providing investors ample reason to get jumpy. Yet there is little reason to believe that the inevitable fluctuations (likely to occur with either outcome) will have any lasting impact. The deeper reason for why Americans should actually care is more in regards to philosophical questions of how the world is developing around us and how other countries are trying to conform to our desires. The European Union in many ways is modeled off of the United States and it attempts to simplify Europe in unity. The EU attempts to answer the Kissinger question: "Who do I call if I want to call Europe." Yet in this attempt to assemble nations in this evermore unifying union many participants including Greece, Italy, the Netherlands, Ireland, France and the UK have lashed out in different ways.

No member state has ever left the EU, though Greenland and Algeria left its predecessor (the European Economic Community). No member state has even allowed its populace a vote to leave the EU. Member states, such as Ireland, have been allowed to hold referendums for certain treaties, but the UK is the first to hold this in-out contest. Many nation states within the EU will be watching today's Brexit vote very closely, for it could prompt others to want to leave as well. If the UK votes to remain, there becomes a significant chance that other nations in Europe will not get the same opportunity. This is because the UK is one of the least integrated members (not having the Euro for starters). It simply is the loosest thread in the tapestry with the least to lose by leaving.

Who are the Brits that want to leave?

Often characterized as extremists from both libertarian and socialist camps, those making the case to leave the European Union would have a great deal to disagree upon were this a referendum on any other topic. Certain industries within the UK have been decimated by policies from the EU. Fishing, for example, has suffered immensely while under the regulations of the Common Fisheries Policy. Interestingly, a much smaller percentage of elected representatives in the UK are for leaving the EU than the percentage of the electorate they represent. Recent polls have showed that the contest is on a knife's edge (almost averaging 50% Remain and 50% Leave), but less than a quarter of the House of Commons supports Brexit. While the pockets of certain industries have suffered under the European Union, large banks and large corporations have thrived. Doing business in Britain and throughout Europe is made easier for international corporations by the lack of barriers between member states. These entities have contributed substantial resources in persuading Brits to remain within the EU. [caption id="attachment_111044" align="aligncenter" width="513"] 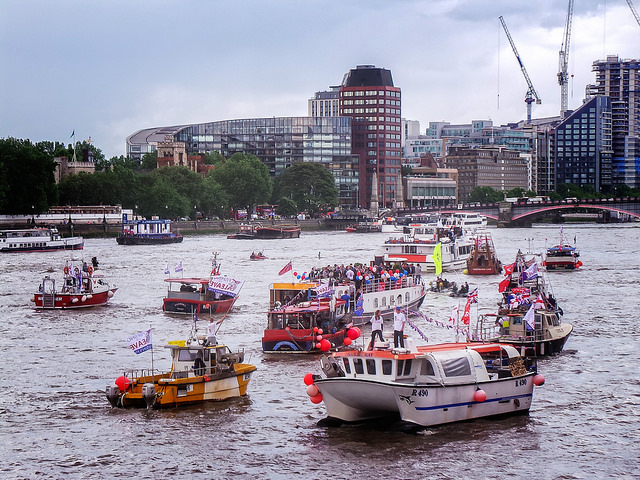 What makes the EU so appealing?

Like our North American Free Trade Agreement, the European Union has provided a common market, producing a mix of benefits and challenges. Certain industries thrive, others suffer, but overall it's clear that such wide-scale promotion of trade improves the average living standard of all participants. The European Union simplifies business on the continent. From an American perspective, travel between countries gets easier as movement from one country to the next doesn't require passport checks. From a tax and spend viewpoint the European Union (which unofficially has a thrifty Germany sitting at its economic helm) expects its member states to spend within their means. Through bail-outs in Greece, for example, the EU was able to implement austerity reforms in the country to persuade its government away from frivolous spending. All these arguments (and many more) swirl together into the notion that the United Kingdom actually needs to be in the European Union.

...but democracy must prevail.

Ultimately though, the European Union holds innate problems as far as representative government is concerned. Even though the European Parliament is elected by the populations of the member states, the real legislative power is in the European Commission, which is appointed by less-than democratic means. It is not an exaggeration to say that the EU bureaucracy operates more like the Soviet Union than the USA. Great ideas aren't nearly as great when forced. Even if Germany's plan for Greece's economy is better than that of the Greeks, the implementation pushes the populace into a feeling of powerlessness. Extreme nationalist and socialist parties from what might be called the "right" and "left" (though I dislike the term) are rising throughout Europe. A feeling of frustration against a super-government that doesn't respond to referendums is growing. The Brexit referendum is the first of its kind to have such weight, a vote to 'leave' will force clear action within the EU. We Americans want Europe to be a simple block of states (like our own): easy to do business with and easy to backpack across. Yet, should this come at the price of democracy? Perhaps, Europe is better off as a quilt of nation-states. A complex yet peaceful patchwork promises benefits that might just surpass the monochrome blanket of continental coercion.     Photos by: Garry Knight
Tags: Politics, Europe, European Union, International Travel, London, Political, referendum, United Kingdom