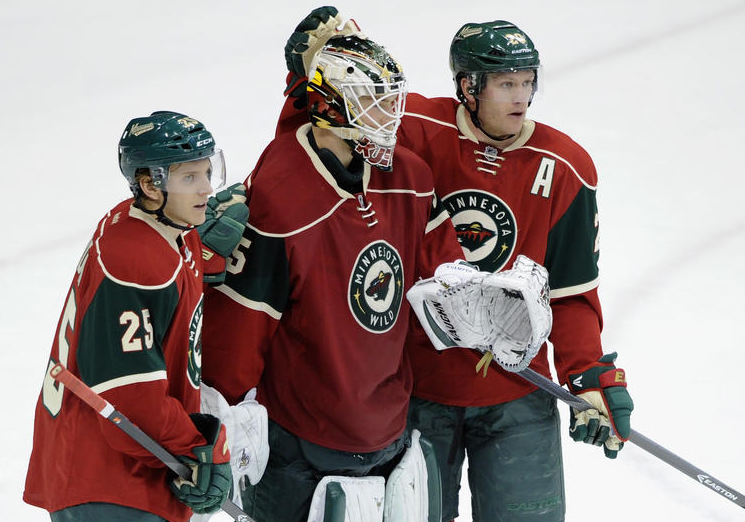 The Minnesota Wild hosted their division rival Chicago Blackhawks on Thursday evening to square off in their fourth matchup of the season -- with their 2-1 victory, the Wild won their third game versus the defending Stanley Cup Champions. Come season start, all Wild fans would be floored to hear their favorite team would beat the Blackhawks three out of four games to start the 2013-14 season. With only one more game versus the Blackhawks this year, the Wild and their fans can celebrate this surprising accomplishment, winning the season series against the mighty Blackhawks. Thursday night also marked the return of Zach Parise to the Wild lineup after he spent 14 games out with a broken left foot. While Parise wasn't the story last night, it was great to see his hustle back in the lineup. The story was again, and continues to be, Darcy Kuemper. The young goaltender has been on fire since stepping into the starting role with both Backstrom and Harding sidelined with injuries. Kuemper started his ninth game of the season and held the fast-paced, high-scoring Blackhawks scoreless for most of the game -- Chicago's Patrick Kane scored with 32 seconds left in the contest. 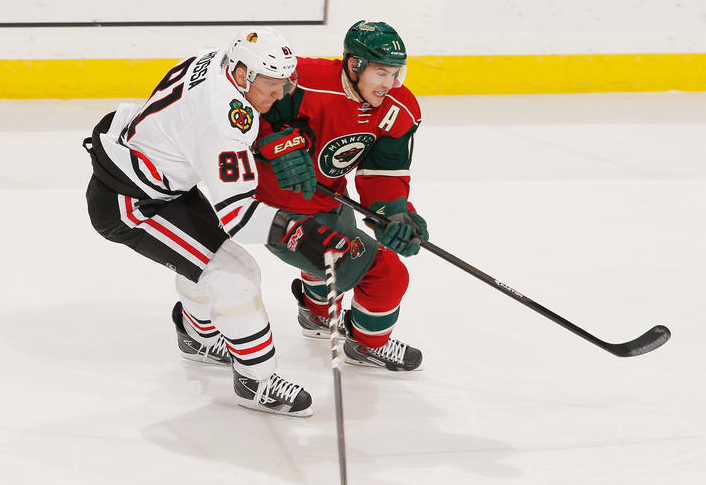 Kuemper has played admirably as of late after starting the season looking timid between the posts in spot starts -- since then, especially after last night, Kuemper's confidence has slowly grown. He looks like he could be the goalie of the future, the man the Wild anticipated he would be after trading away Matt Hackett for Buffalo's Jason Pominville. Many Wild fans have scoffed at Kuemper as he has been called into duty -- but despite Kuemper starting slow and fans counting him a bust, he has rose to the challenge. Last night, he thwarted many great Blackhawks opportunities, especially when Chicago had a flurry of chances late in the third period. In the past five games, Kuemper has won three -- he only allowed one goal in two of those three wins -- his most recent loss, a game in which he surrendered four goals, was decidedly not his fault. Anyone watching the game saw a flat Wild team playing poor defense and allowing the young net minder to get peppered by the Dallas attack -- the Wild were outshot 36 to 18 and surrendered two power play goals. Kuemper is well on his way to proving he has a bright future with the Wild -- if he continues to play this well, the job as goalie should remain his, even if the coming months bring a healthy Backstrom and Harding back into the fold. 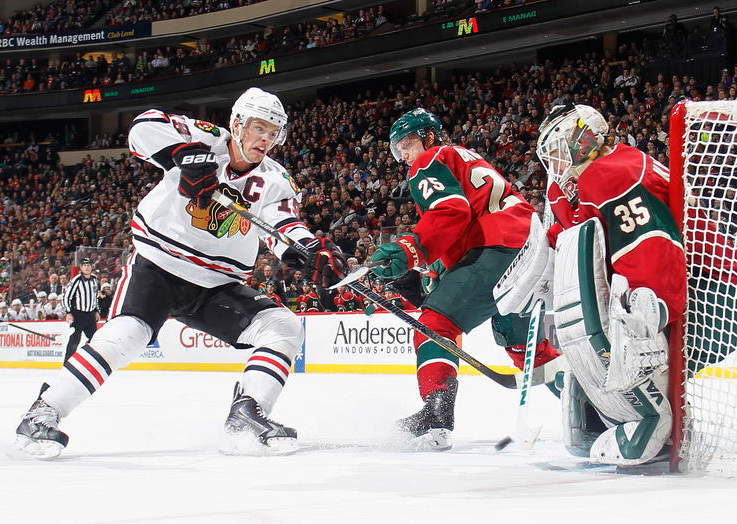 The first goal of the game versus the Blackhawks was a thing of beauty -- the newly reshuffled lines put Dany Heatley with the dynamic duo of Mikael Granlund and Jason Pominville, and the three of them put on a clinic of team chemistry. Heatley hit Granlund with a nice pass right to the net and Granlund made a no look pass to the streaking Pominville who finished off the play on a wide-open net. It's nice to see Heatley (50 in '07) playing well over the past month, and last night proves you could stick just about anybody with Pominville and Granlund and success will be had -- call up Happy Gilmore, he'd drop in 50. The Wild now venture off on a very difficult road trip, facing four conference rivals. First they make a stop to the Shark Tank in San Jose to play the Sharks, then they are off to Anaheim to play the Ducks at the Honda Center. Both of these teams are amongst the best in the league and have given the Wild many headaches in the past. If the Wild end up in the playoffs, one of these two teams (or the Blackhawks or Blues) could be their first round foe. These first two games will determine how Kuemper and the revitalized Wild will hold their ground against these elite squads. After the California games, they head to Colorado to face the Avalanche and then head to Canada to play the struggling Calgary Flames. It would be great to see the Wild keep streaking, (7-3) in their last ten, and move up from the middle of the conference. Lord knows, being the seventh or eighth seed in the playoffs most likely will not bode well for those teams. As of now, the number one seed would be Anaheim, the number two, Chicago. The Wild have fared well against Chicago this season, but have yet to beat Anaheim (two losses). Come playoff time, the Wild might need to dial back to these games for a boost of confidence to prove they can beat these upper echelon teams. This upcoming Saturday and Tuesday, Sharks, Ducks, could tell a significant story for their 2013-14 season. Photos via: Minnesota Wild