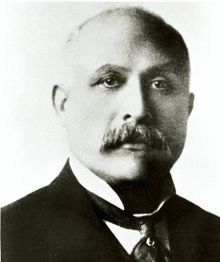 The engineer must have been particularly persuasive because soon a local realtor joined them to form a wildcatting syndicate called the Rochester Oil and Development Company. The plan was to enlist 25 wealthy, local investors to finance the operation. But in true Minnesota fashion, once the word spread, more than 200 people swarmed to the realty office. By the time the dust and speculation had settled, more than $125K had been raised — against the advice of the noted state geologist W.H. Emmons. He warned that the rock formations of the area were not conducive to oil deposits. No worries. The syndicate brought in its own geologist and he identified a dome-like formation east of Rochester that resembled successful strikes in California.

According to the The Search for Oil and Gas in Minnesota (G.B. Morey for the Minnesota Geologic Survey) in March 1925, the venture had drilled to an astounding 3225 feet deep. On the way the company had bored through 2800 feet of Cambrian and pre-Cambrian rock and issued regular upbeat bulletins about promising methane deposits. 400 feet later, the group established a record for the deepest hole in state history. Unfortunately, that remarkable hole was as barren as the investors’ pockets.

Three years later, Axel Lundquist was digging a water well under his Lake Lillian restaurant when he discovered 13 gallons of “gasoline." He extracted the potion by lowering buckets into the well. Even as U of M engineers stated that gasoline was not scientifically possible in such a well or in nature, that didn’t dissuade Lundquist from putting it in his car and claiming that it ran just fine.

Fast forward to 2018 and again we land in calamitous times for oil drillers. In November, crude oil prices fell for 12 consecutive trading sessions, dropping more than $25 a barrel and registering the longest losing streak in three decades. The markets are bracing for supply suffocating demand well into 2019. That slump may sound historic but a quick road trip near my adopted hometown of Houston may advance the notion that everything is bigger in Texas? Coworkers at United Airlines asserted that one of my bucket list stops must be the Spindletop oil field about an hour away in Beaumont.

Unlike the fledgling Minnesota venture, the development of the Spindletop well was led by a premier, veteran mining engineer, Captain Anthony Lucas. He immigrated to the U.S. with a degree from the acclaimed Graz Polytechnic Institute. Then he found success in leading salt exploration across the Gulf Coast in the 1890s. During those drilling projects, he documented the correlation between salt domes and oil deposits. In the area around Beaumont, there were regular instances of oil seeping through the sand, visible at the surface. Feel free to flashback to Jed Clampett and his historic rifle shot. 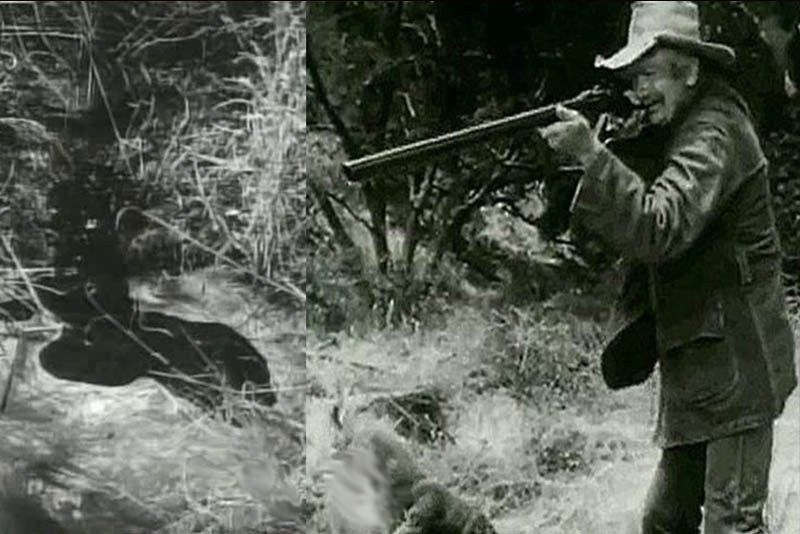 “And then one day he was shootin' at some food,  And up through the ground come a bubblin' crude.”

Lucas found the exact conditions he was looking for on a barely-perceptible salt dome called Spindletop Hill four miles from Beaumont. He proceeded to lease 600 acres of land around it and began drilling in the summer of 1900. In short order, his lightweight derrick collapsed after reaching a depth of 575 feet. Determined that he had the right location and formula, Lucas tapped his industry connections and brought in more capital and talent: well-heeled miners John H. Galey and James M. Guffey from Pittsburgh complemented by the Hamill brothers- Al and Curt.

The Hamills were leading-edge innovators. Where other operators used drills to simply sledge-hammer the ground, the Hamills developed a heavy duty rotary bit powered by steam engine. Where Captain Lucas’ drill mired in sand at 575 feet, the Hamills made mud by having nearby cattle slosh in standing water. Then they pumped the mud into the well, stabilizing the walls and enabling the drill to push deeper.

And don’t underestimate the dangers involved. The History Channel pointed out that more than 6000 miners died in oil field explosions each year. When the Hamills reached 600 feet, they hit a vein of natural gas that catapulted sand and equipment skyward and almost killed them. Undeterred, they methodically bore past 750 feet and then reached 920 feet by Christmas Eve. Exhausted, John Galey directed the crew to take the Christmas week off. When they returned to the derrick on New Year’s Day 1901, they could see a rice barn being built nearby by six workers. That displayed how skeptical the farm owner was of their oil prospects. 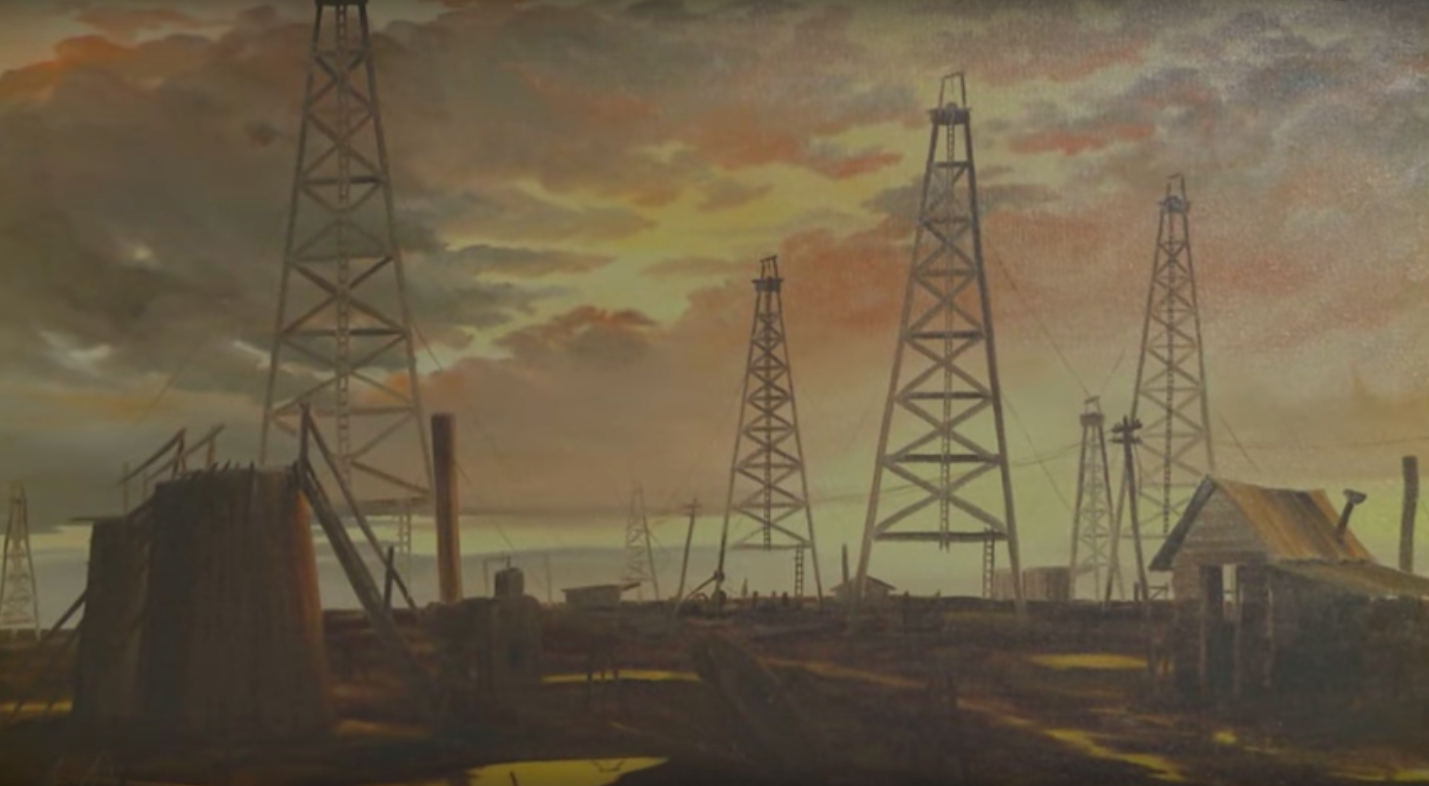 At 1020 feet, Al Hamill got the bit stuck in what seemed to be a rock crevasse and the crew was forced to pull up all the pipe lengths in the well. They sharpened the bit and bore into the rock for another whole evening with little progress. According to American Heritage interviews by Dr. William Owens, Al then rode into Beaumont and bought a new 12 inch bit. When they installed it and had drilled back down to 700 feet, mud began gurgling up the rotary and then the drill pipe itself began shooting upward. They watched in amazement as lengths of pipe jettisoned out of the well like mortars. The pipe blew out the elevator, the pulley blocks and then shattered the smokestack of the steam engine. The twenty foot lengths of pipe snapped like matchsticks and were scattered in all directions. When a shrieking blast of natural gas followed, that made believers of the barn workers and sent them scrambling for their lives. And then a few minutes of eerie silence ensued.

The men crept back to the well. It was covered with 6 inches of mud and most of their equipment was destroyed. Without warning, a chunk of mud fired out of the 6 inch hole.

The Hamills could hear a rumbling noise deep within the earth. A stream of mud and then natural gas started spurting out. In their interviews, the Hamills said they could see bubbling crude breathing up and down in the well. Then it streamed out flooding the derrick floor. In moments the pressure was too great and the explosion of oil shot to the heavens. The spray reached 160 feet and could be seen all the way to Beaumont. 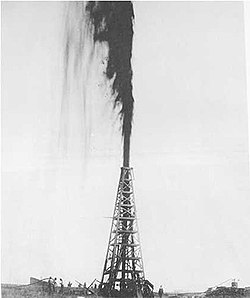 Hundreds of people from the town rushed to see the unstoppable Spindletop Gusher. The eruption would not be contained for another nine days. The resulting pool of 900,000 barrels of crude oil was so immense that its volume exceeded the annual oil production of Texas at the time. Moreover, the well owners were instantly $40 million richer and Spindletop would produce an astounding 3.59 million barrels of oil by the end of the year.

And to put into perspective the current November oil slump, the Lucas Spindletop Gusher crashed oil prices of that period from $2 to 25 cents in a matter of weeks. The History Channel added that the price of oil would continue to drop to 3 cents a gallon, basically cheaper than water. Now that is what I call a market collapse. In the wake of the Spindletop strike, more than 500 oil companies formed in the next year including Texaco and Gulf Oil at Spindletop. The discovery transformed the American economy and set the stage for the Golden Age of the automobile.

Back in Minnesota, the bust times continued.  The Minnesota Geologic Survey noted that oil was discovered in a wildcat well in 1937 in western Minnesota near Wheaton.  The record states that the well produced 3 barrels a day at a depth of 864 feet, but was never commercially viable. Geologist Richard Ojakangas is doubtful that oil will ever be discovered in Minnesota.

In his book Minnesota’s Geology he stated: “Not much oil and gas is obtained from Precambrian rocks, with which Minnesota is very amply blessed. Oil and gas form by the decay of animal and plant matter, and animals and plants were nearly nonexistent during the Precambrian time.”

I guess if Jed Clampett were hunting for food in Minnesota, his rifle shot would likely bring down several stalks of corn? Our only consolation is that we are the fourth largest producer of ethanol in the U.S. with 1.2 billion gallons per year. Take that Texas Tea!

To learn more about Spindletop, check out this video from their museum: