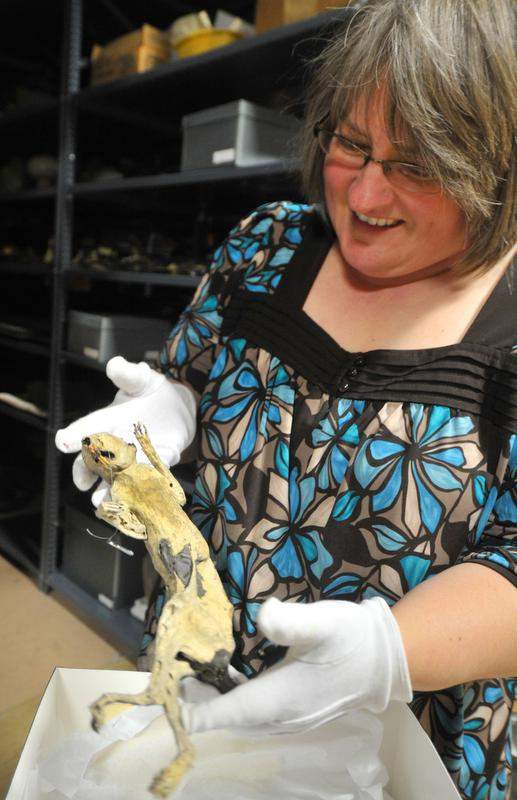 Found in either the 50's or 60's, a grey squirrel (found mummified in a chimney) was given to the Marathon County Historical Society and put on display. In the mid-2000's the Yawkey House Museum. where the squirrel was displayed, was renovated and the squirrel put into storage. Now, thanks to "History in a Minute" videos, the squirrel has been revived... in popularity. The mummified squirrel really piques the visitors' interest, as on one side it's grey, but the other side is yellow and said to give off an eerie glow. The historical society's director, Christine Martens, specifically chose the squirrel to showcase in the video because people had been asking about it. Many mysteries still surround the squirrel. Martens is still unsure of the age and gender of the squirrel, but she knows people like to see freaky exhibits.   Photo via: Daily Herald Media
Tags: Mummified Squirrel, Wisconsin