Woodland Hills Church Clears the Air Regarding The Plaza Theatre 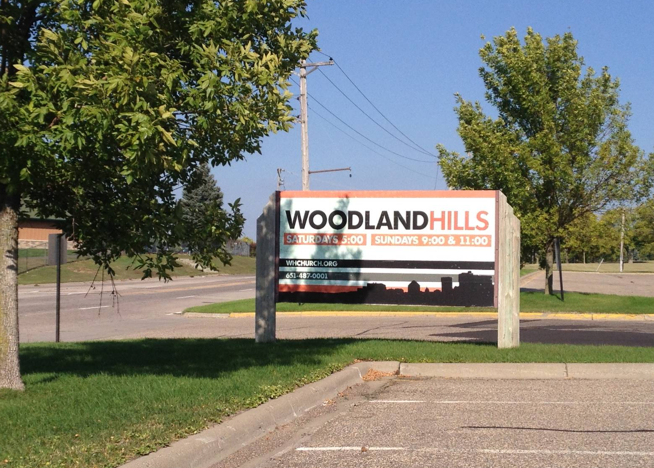 The Plaza Theatre in Maplewood is one of the most beloved places in the community to check out an inexpensive movie. I wrote a piece a few weeks back discussing how the Plaza would be changing, as current theatre manager Nathan Block would not be continuing his oversight of the local icon. This 'change of the guard' has brought plenty of controversy, many people thinking Block is being forced out. The church who owns the property, Woodland Hills, is taking all of the heat -- so they contacted Minnesota Connected to try and battle against all the misinformation about The Plaza's upcoming change. I sat down with Senior Pastor Greg Boyd and Communications Pastor Charley Swanson to talk over the church's future with the 46 year-old movie theatre. "We want to clear up all the misinformation out there," said Swanson. "We still want to operate the theatre in the way that has made it a fixture in the neighborhood -- we will still have the same prices, snacks and movie selections." The misinformation in question starts with the Save the Plaza website. Before I even knew the full details about the Plaza's new management, I signed the petition -- mostly because I like Block  -- every time I've been in contact with him, at the theater, his garage sales, or even online, he has been an excellent steward for the theater. **The "saving" website now has over 1,100 signatures and specifically highlights one comment from Rich Rudin that reads:

"Let us come together as a community and save The Plaza before it's too late."

This statement infers the time on the Plaza is running out -- but really, the Plaza is not running out of time, it's just moving in a different direction with the actual owners of the property. If you read many of the comments from the 'electronic signatures' on the site, most accuse the church of using their wealth to buy out the property, a business strategy to occupy more money and power, a chance to steal the theater from Block, and so many vow to never visit the theatre again. It's downright disgusting what some people are commenting on the site -- everyone is so bold hiding behind their keyboards. Most are spewing venom based on completely false information. The hatred and dislike for the church is one of the reasons Swanson contacted us -- he wanted to clearly state that the church has no nefarious agenda here. "People have made a connection with Nathan and I understand their grief," Swanson said. "To Nathan's credit, he brought the Plaza to what it is today, and we want to build on that foundation and continue what has made the place cherished in the community." 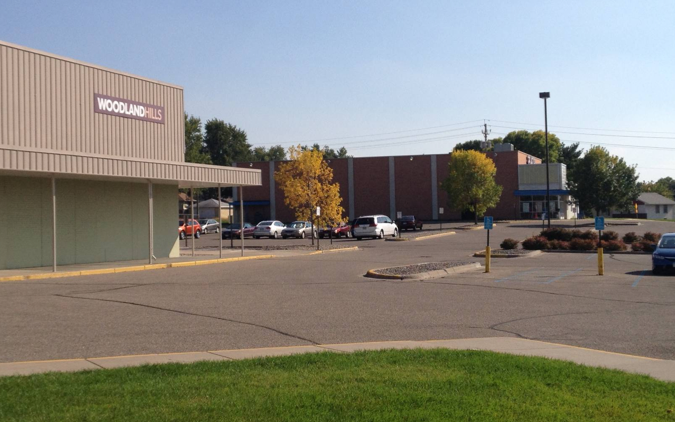 The church has owned both the theatre and the huge building they currently occupy (formerly a Builder's Square) since 2000. Block already managed the theatre when Woodland took ownership --  they have owned the Plaza for over ten years -- but now, Boyd and the church board believe they can better use the space for their mission of outreach to the community. Swanson and Boyd talked of using the space for overflow of church functions -- despite their enormous building, Woodland Hills sees about 2,500 people for weekend services. They see the potential to cater to even more with the use of the theatre. However, don't misconstrue the meaning of that statement -- while the church will be using the building for their own church functions, the theatre will still remain fully operational as usual with the same secular movie options featured in the past. At the beginning of their business relationship in the early 2000's, Block was chugging along managing the theatre while the church was busy at work revamping their then big empty building. The massive building in Maplewood is the first property the church has ever owned. When they purchased the building, it required a lot of work, a real fixer-upper. "We had a lot of irons in the fire," Swanson said. "At that time we didn't have the capacity to do anything else with the building (the Plaza), so we kept Nathan on as a tenant." Since the first contract was signed, the understanding was owner, and tenant. A lease by definition is a temporary contract -- and Block and his group have always known that. In 2012, Block asked for a three year lease and the church agreed to renew until 2015. A year later, Block went back to the church and requested a ten year lease. I'm guessing he made the move to ensure he would be able to make his money back for the cost of upgrading the theatre. The church informed Block a ten year lease was a big decision and the board needed to discuss if they wanted to wait ten years to potentially use the Plaza. "We have tried to be as transparent as possible with him (Block) in the negotiating process," Swanson said. 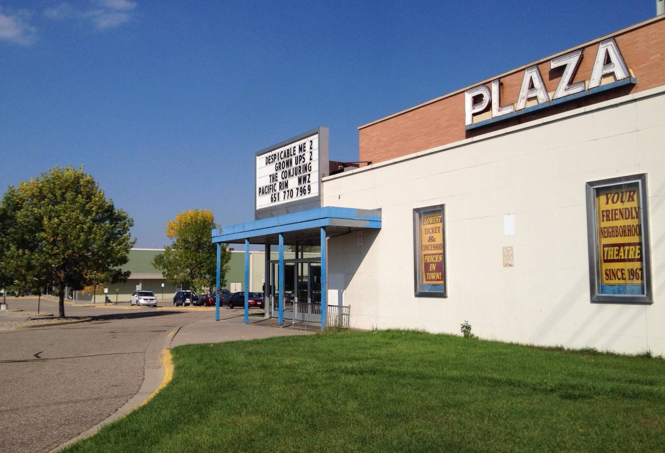 Many know Block has been raising money to purchase digital projectors for the theatre. As the movie industry continues to push digital, celluloid films become less and less available. Because the Plaza still features celluloid exhibition, and eventually all newer movies will be digital, catching up with technology is an inevitable necessity for the theatre to stay open. The church has been very aware of Block's campaign for digital projectors, an investment Woodland Hills would not want their tenant to make if they saw themselves needing the building before the ten years elapsed. The board eventually decided the church could use the theatre in the near future. After the decision to not grant Block a ten year lease, he then asked to get out of the three year lease negotiated in 2012. So the end of Block's tenure at the theatre came earlier than expected based on his own choice to not continue in his three year lease. With Woodland Hills soon to be managing the Plaza, they want to express they fully intend to keep everything running the same. Again, the Save the Plaza site conveys misinformation:

Say "NO!" to the change in managment. CHANGED MANAGEMENT MEANS A CHANGED ROSTER OF MOVIES AND CHANGED PRICES!!

*First, the change will be in management, not the misspelling above. And again, the church wants to stress that prices will not increase, the regular showings will not become "Kirk Cameron Christian flicks," and the church will not be standing at the door handing out Bibles. "Our church is involved in a lot of non-religious things," Swanson said. "Going 'door-to-door' is not our style -- we want to get to know people though relationships and try to simply be a good example in the community." Despite the church now having an influence on the Plaza, you won't see crosses or scripture verses before movies. The Woodland Hills website shares a message of the church acting as a bridge -- operating the theatre can help the church act as a bridge, even if movie-going patrons never want to cross that bridge. The theatre will still be the same, minus Block of course. Part of the backlash against Woodland Hills is that they are working to make a profit from the theatre -- one of the comments on the Save the Plaza site even stated that Greg Boyd "sleeps on a pillow of money." As I'm sure most of you can assume with two dollar movie tickets and the condition the theatre is in, the Plaza isn't a real big money maker. "The money we take in will not help the church financially in any substantial way," Boyd said. "Our goal here is not to make money." The goal expressed by these two is to further their mission as a bridge using the space while also continuing to use the Plaza as a movie theatre. 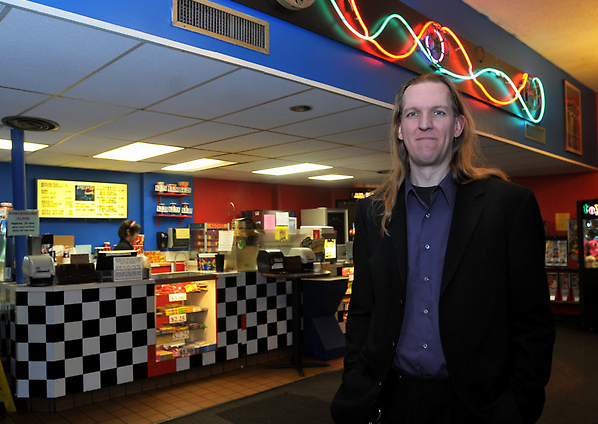 Moving forward, the church does have some work on their hands. Block's last official day as theatre manager is October 31st -- after that the church will appoint management to take over operations. As of now, they are still working out the plan as to who will act as manager. As far as the current employees, they can all inquire about keeping their jobs if they want. "We will interview everyone working there if they are interested in staying on staff." Swanson did state he thought many would move on, but expressed their Plaza jobs were not filled as of now. The church does expect a transition period of a week or two, meaning it will not be open for business, but Swanson believes the Plaza should be up and running in early November. Even while combating the negative publicity against Woodland Hills, Boyd and the church hope people will slowly start to come back. "Over time, people will realize we are still the same, the Plaza is still the same," Boyd said. You don't have to agree with the church's decision, and rightfully so you can feel bad for Nathan Block and his leaving employees -- but the decision was still Woodland Hills to make. It's unfortunate Block is losing something he loves so much, but the church intends to make every effort to keep the same spirit and experience for visitors of the Plaza. Sometimes good things come to an end and this is a perfect example of that. The church was faced with a tough decision, but ultimately decided it was best for Block to not invest more of his time and money when they did not see a future with him. Many are grieving for Block, and unfortunately so many have gone on the offensive, attacking the church and making accusations of greed and evil doing. That clearly is not the case -- this is simply a tenant moving out, and the owner taking over. Thankfully, the owner in this instance has no intentions of changing things. The Plaza is here to stay. Photos via: Matthew Deery and TwinCities.com *The intention of this statement was not to ridicule the Save the Plaza website. The intention was to publish the information as it appeared on the site and to ensure readers didn't think I was also misspelling the word "management." **Also, it should be noted the Save the Plaza site has since removed some of the nastier statements appearing in the comment section and they have changed quite a bit on the site. Since this article was published, much of the information on their website has changed.