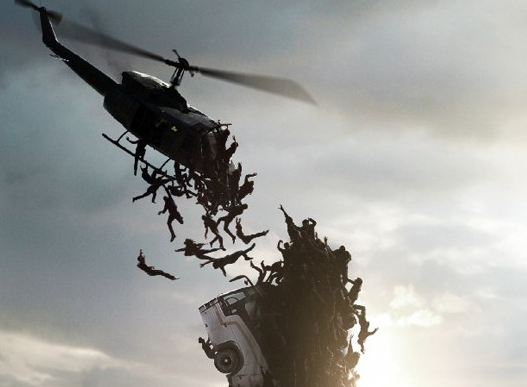 As a huge fan of anything zombies, it is only fit I review World War Z. I am always on the lookout for the next best zombie flick that will scares the bejeezus out of me. The horror genre in general is a favorite of mine because I grew up watching them. I never thought any zombie movie would top 28 Days Later, but this 2013 flick starring Brad Pitt did that for me. Beware of spoilers in the following paragraphs.

Prior to seeing this movie, I heard the movie was sub-par because of the lack of gore. Not only was that disappointing to hear, but it also interested me even more -- how could a zombie movie not have severed heads or pieces of bodies flailing around? Also, I’m not a huge Brad Pitt fan, but this role was different from most of his other roles and that made me want to watch it even more. Alongside the excellent acting, the concept of an “immune” human had a spin to it as well. It was refreshing to see a different reason why zombies didn’t tear the heads off of certain individuals.

The whole possibility of the human race disintegrating into mindless corpses just makes for a good movie. Rather than really focusing on where the virus came from, it also paid close attention to details and the aftermath after the damage that has been done. There was never a point where I wasn’t on the edge of my seat. The Jerusalem wall scene, to the scene when Pitt’s character injects himself with a deadly disease are the standout scenes in the movie. The scenes were believable in the moment even though the concept obviously isn’t real. 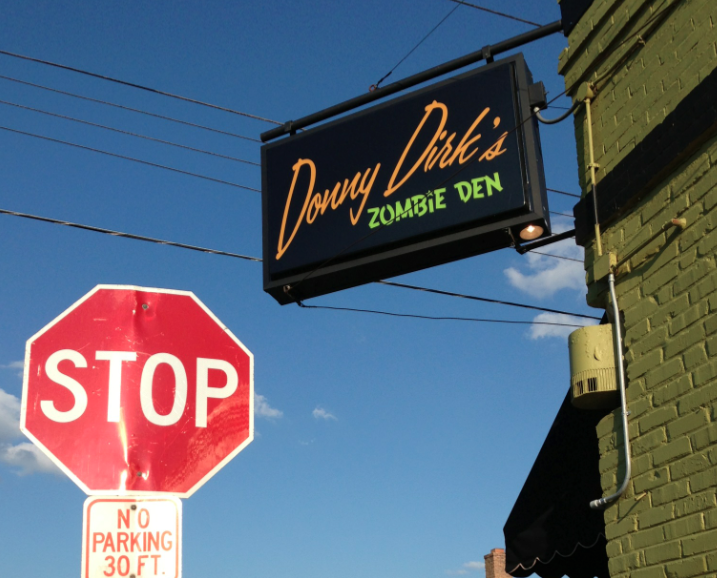 In case you decide to see this movie (or don’t decide to see it), Donny Dirk’s Zombie Den is the perfect spot to grab a drink before or after. They have B-rated zombie movies playing on the televisions and spooky decorations on the walls that fit the bill. The drinks are also wickedly perfect for the occasion as well. But beware, the bar is only open Wednesday - Saturday from 5-11 pm.