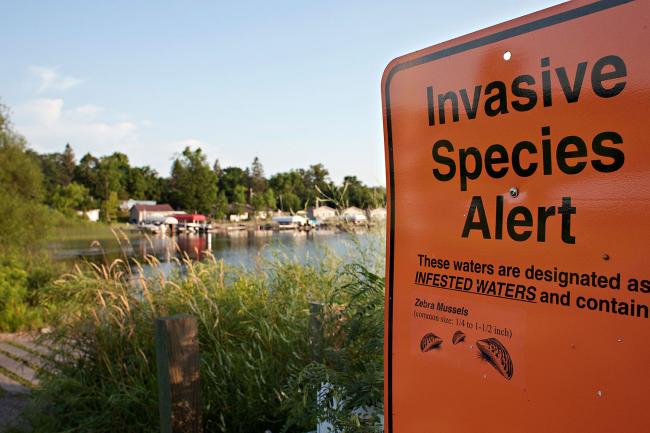 In 1989, Zebra mussels were discovered in the Duluth/Superior Harbor. Since that time, the pesky, shelled organisms have now spread to many rivers and inland lakes. For decades, boaters, anglers, biologists and others have bitterly battled the mussels, or at least attempted to contain them. Well, it appears the zebra mussel has finally met its match. The New York Times reports:

Daniel P. Molloy, an emeritus biologist at the New York State Museum in Albany, New York, has made a groundbreaking discovery when it comes to eliminating zebra mussels. Malloy lead a team of researchers at the museum’s Cambridge Field Research Laboratory in upstate New York -- he identified a bacterium, Pseudomonas fluorescens strain CL145A, that eliminates the mussels while appearing to have minor or zero effect on coexisting organisms. The state of New York awarded Marrone Bio Innovations a license to develop a commercial formulation of the bacterium. The product, titled Zequanox, has been undergoing test for several years now with reported promising results. The Times reports that Zequanox killed more than 90 percent of the mussels in a test using tanks of water from Lake Carlos in Minnesota, said James Luoma, a research biologist with the U.S. Geological Survey in La Crosse, Wisconsin. 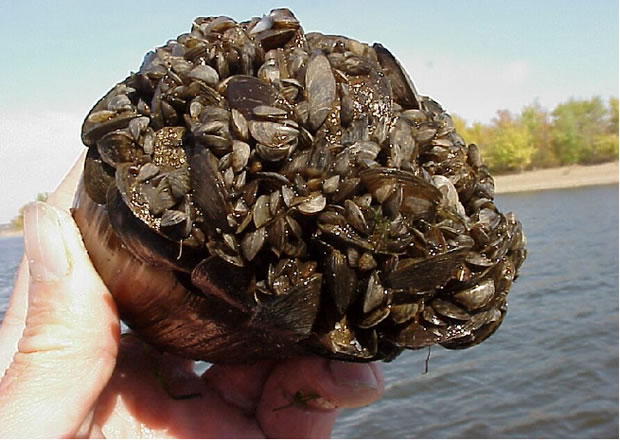 Roughly the size of quarter, zebra mussels are the only freshwater mussel that can attach to objects. They spread like wildfire and contribute little while simultaneously causing much harm. Zebra mussels disrupt ecosystems by devouring phytoplankton, the foundation of the marine food web. Thanks to the work of Molloy and his colleagues, Minnesotans will no longer have to shudder in fear at the words "zebra mussels."   Photos via: MPR and Google
Tags: Outdoors, Zebra Mussels, Zequanox